Jeffrey Dean Morgan wasn’t the only actor considered for the role of Negan in The Walking Dead, in fact, five other actors got close to playing the infamous role. After several grueling years spent in the midst of the zombie apocalypse, The Walking Dead’s season 6 finale finally introduced the world to Negan Smith, the man behind the Saviors who had been terrorizing the central group of survivors for an entire season. After brutally choosing Abraham (Michael Cudlitz) and beloved Glenn (Steven Yeun) as the first to fall victim to Lucille, Negan’s barbed wire-wrapped baseball bat, Negan has spent the subsequent years receiving one of the biggest character arcs in the series.

It’s difficult to imagine anyone but Supernatural alum Jeffrey Dean Morgan taking on such a massive role as Negan, especially since his performance as the villain-turned-friend has been highly praised throughout his run on the show. Along with Andrew Lincoln’s Rick Grimes and Norman Reedus’ Daryl Dixon, he has arguably established himself as one of the most recognizable faces on the show. Despite this well-earned reputation, however, five other actors were confirmed to have been in with a shot at the demanding role.

The design of Negan in The Walking Dead comics was inspired by Henry Rollins, who, aside from a successful music career, appeared in Sons of Anarchy. Rollins seemed like a shoo-in for the role, but despite auditioning, eventually lost out to Morgan (via Forbes). Robert Kirkman, the creator of The Walking Dead, revealed in an 2014 interview with MTV that his favorite pick for the role was Jon Hamm, stating that the Mad Men actor would be “perfect.” Kirkman’s endorsement would have certainly gone a long way, although the actor never actually auditioned. One actor who also got very close to stealing the role from Jeffrey Dean Morgan was Scooby-Doo’s own Matthew Lillard, who revealed in a Scream panel at Atlanta’s Walker Stalker Con that producers loved his audition for Negan. Lillard got called-back several times before the role finally went to Morgan. Viewers might also be familiar with Garrett Dillahunt from his work playing John Dorie on TWD’s first spin-off, Fear the Walking Dead, from 2018-2021. Speaking to Entertainment Weekly, Dillahunt revealed that there had been discussions about him becoming Negan, but his work on Amazon Prime’s Hand of God meant that his schedule was already full. There had been speculation about Timothy Olyphant auditioning, but the star of Deadwood and Santa Clarita Diet eventually shot down these rumors, stating he hadn’t even seen the show (via Digital Spy). The sheer variety of names linked to the part highlights just how different Negan could have been.

Why Jeffrey Dean Morgan Was Cast As Negan

After what seemed to be a long casting process, the infamous role eventually went to Jeffrey Dean Morgan, even though this meant splitting his time temporarily between The Walking Dead and his main role on The Good Wife. Speaking to Interview Magazine, Morgan stated that he had been a fan of the show for years, and was even approached by fans of The Walking Dead comics years before being cast who suggested he should play Negan. It was perhaps Morgan’s determination at getting the role he felt destined for and his affinity to playing challenging, often-villainous characters that sealed the deal when it came to his casting as Negan.

Jeffrey Dean Morgan’s portrayal of Negan continues to receive hugely positive reviews, so producers certainly made the right choice casting him as the character. Negan has shown a huge amount of growth during his time on The Walking Dead, and will continue to develop further in his New York-set spin-off with Lauren Cohan’s Maggie, The Walking Dead: Dead City. Jeffrey Dean Morgan has had a brilliant career on TV and film, but there’s no doubt that his role on The Walking Dead as Negan will always be seen as one of his strongest. 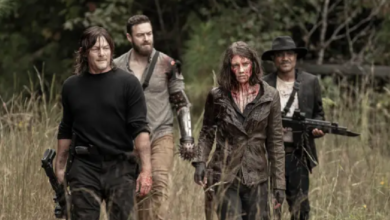 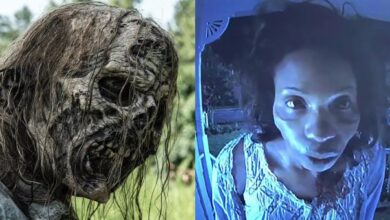 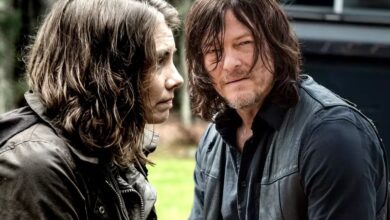 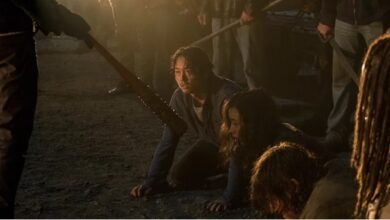 10 Times ‘The Walking Dead’ Got Too Gruesome For Viewers