ABC’s For Life is an engrossing series centered on a wrongfully incarcerated man who becomes a lawyer, but it will not be receiving a third season after its cancellation. There is therefore a noticeable lack at the moment of great TV drama that takes place in a prison environment.

Although there has been talk of stars wanting to make more Orange Is the New Black, that trend looks set to continue for a while, meaning now is the perfect time to explore other great prison-based shows of the past few decades. Luckily, TV fans on Ranker have voted on which series they think are the best of this category.

Note: Ranker lists are fan-voted, live, and continue to accrue votes, so some rankings may have changed after this publishing.

An engrossing documentary series that ran for 12 years and 25 seasons exposing some of the realities of life behind bars, Lockup is still a popular choice among TV viewers. Airing on MSNBC, the series is at its best when honing in on some of the more notable inmates and showing their everyday interactions.

It’s easy to get invested as some of the people followed by the show are seen receiving visits from loved ones and attending disciplinary hearings. Although the series concluded several years ago, there’s so much content including the rest of the Lockup TV franchise that means fans will be satisfied for a long time.

Known simply as Prisoner in Australia where the show originates, Prisoner: Cell Block H proved all the way back in the late 1970s that the life of women in prison could make for some engrossing drama, long before the likes of Orange Is the New Black and the show’s 21st-century reimagining Wentworth.

The show immediately gained a cult following and earned unprecedented success when it aired in the US. Focusing on the lives of the prisoners in a women’s detention center rather than the staff, the show went on to last some 690 episodes. Because of this, the show has a ton of rewatchability that has allowed it to keep a fan base long after it originally ran.

Netflix has helped create a revival for the documentary genre, with tons of incredible documentaries to watch on the streaming service, but one great series it produced that’s sadly overlooked is Girls Incarcerated. Across two seasons, it looks at the lives of the teenage inmates of two juvenile facilities in Indiana.

Of course, the show ends up examining some heavy topics and it might not make for great light viewing. However, it also has some of the memorable and touching moments that only real life can produce and stick with the viewer long after. Although it wasn’t renewed for a third season, it managed to garner plenty of fans.

A legal drama based on the real-life story of Isaac Wright Jr., the man who was wrongfully sentenced to life in prison before orchestrating his own legal challenge and subsequently becoming an attorney, For Life is one of the best prison-based shows of the last few years. Although it wasn’t renewed for a third season, the two that exist do a great job of showing a man on the wrong side of a broken legal system

Also exploring Wallace’s relationships with the other inmates as well as some of his lowest moments such as his repeated stints in solitary confinement, For Life manages to cover a lot in its 23 episodes. Though low viewership may have contributed to its cancelation, a lot of those who stayed with it became loyal fans of the show.

In a new twist on the prison documentary formula, 60 Days In has volunteers spend two months in incarceration posing as real criminals in order to get an idea of what life is really like behind bars. Although some interesting behind-the-scenes secrets of 60 Days In may detract from some of the drama of the show, there are definitely things to enjoy about the series which ran for 6 seasons.

What really comes across in the show is the complex power structures that can exist in prison environments and just how important prison gang politics can be. Although its premise may be off-putting to some, it’s a show that sheds light on some of the realities of prison life and, for a lot of TV fans on Ranker, that likely left a big impression.

A great miniseries that can be binged in a single weekend, Escape At Dannemora is based on the real-life Clinton Correctional Facility escape in 2015 and stars some real talent including Benicio del Toro and Patricia Arquette as well as direction from Ben Stiller. Centered on two convicted murderers whose escape prompts a huge manhunt, it manages to sustain a lot of tension for its 7-episode run.

Although some accounts contradict the series’ telling of events, it didn’t stop it from being a highly successful drama that was met with critical acclaim upon its release. The show didn’t receive a huge amount of popularity but, thanks to its great execution, it has its fair share of loyal fans.

An incredible comedy-drama set in a women’s prison, Orange Is the New Black was one of the first sensational shows that launched Netflix into a potential rival to mainstream television. Based on a memoir by Piper Kerman about her experiences of life inside prison, the show is full of distinctive characters that lend it a huge amount of heart.

It’s also very funny at times and the amazing pilot episode sets the tone of what’s to come with a good mix of serious moments and light ones. Unfortunately, there are no plans for the show to continue but, with 7 memorable seasons, it managed to gain a huge amount of fans in the years since it was released so it’s no surprise the show is a popular choice.

One of the shows that established HBO as a name to be reckoned with in the world of long-form dramas, Oz was also a tense and engrossing show in its own right. The show’s title is shorthand for Oswald State Correctional Facility, the fictional maximum-security prison that formed the show’s setting as well as the site of a sort of social experiment to control the often unstable inmates.

In contrast to some of the violent and unrepentant criminals in “Emerald City”, the wing of the prison where most of this takes place, the central character is incarcerated for a fatal drink-driving incident and he provides the perfect perspective to navigate the show’s twists and turns. Often brutal and graphic, even for those who didn’t love its style, Oz is a memorable series.

The modern-day reimagining of the cult Australian soap opera Prisoner: Cell Block H, Wentworth proves a lot more popular with contemporary audiences thanks to its compelling portrayal of a female prisoner going from a new inmate to the very top of the prison hierarchy across its first 4 seasons.

Its attempt to modernize the show was well-received by critics but, more importantly, it proved popular with audiences who had gone a long time without a long-form prison soap opera. Though it’s not talked about as much today, having had its final season last year, Wentworth is quietly a very popular show, especially with the TV fans of Ranker.

Although not always a gritty, realistic portrayal of prison life, there isn’t a show more associated with incarceration than Fox’s sensational prison escape drama from the 2000s. Centered on Lincoln Burrows, a man wrongfully sentenced to death and incarcerated in state prison, the first season presents an ambitious plan to free him and several other inmates.

Although the subsequent seasons pursue different storylines, it ends up taking in different prison environments as the main characters find themselves on the wrong side of the law and other shadowy organizations. There are dips in quality across Prison Break’s five seasons but there’s a reason why the series is considered by many to be the best prison-centered show around. 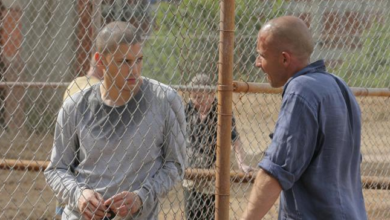 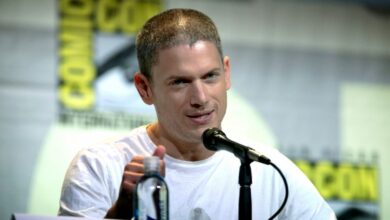 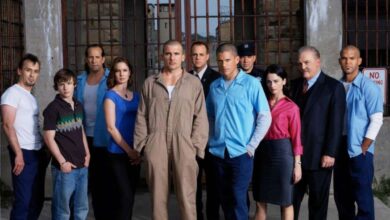 All You Need To Know About Prison Break Season 6 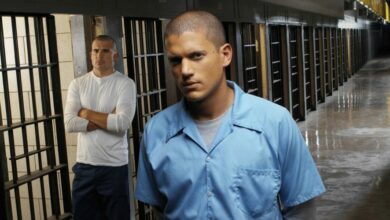