In a new video doing rounds on the internet, Priyanka Chopra and Lily Singh are seen vibing and grooving at singer-actor Diljith Dosanjh’s concert in Los Angeles. Singh took to her Instagram stories and posted a series of photos and videos, where she gave a glimpse of the concert.

In the first video, the Canadian comedian is seen prepping for the concert as she vibes to “Proper Patola”. Further, she shared another video featuring Chopra, where the duo is seen dancing and enjoying the concert. For the show, the Bollywood actor chose to keep it casual and chic. She was sporting a black cropped T-shirt with her hair left loose. She completed her look with a sling bag and a pair of shades.

Diljit Dosanjh also took to his Instagram stories and reposted the video shared by Lily Singh. He wrote in the story, “We R proud of you ladies.”

40-year-old actor Priyanka Chopra celebrated her birthday in Mexico on July 18. From beaches to fancy dinners, the actor seemed to have had a great time with her family and friends. After returning from Mexico, she attended a Kenny Chesney concert with husband, singer Nick Jonas.

Night out for my babies ❤️ 🎤🤠#PriyankaChopra #NickJonas pic.twitter.com/umEccUbgBd

On the work front, Priyanka will be seen next in the web series Citadel. Apart from that, she also has Farhan Akhtar’s Jee Lee Zara and It’s All Coming Back to Me in the pipeline. 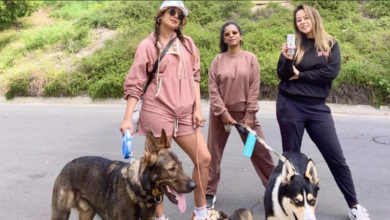 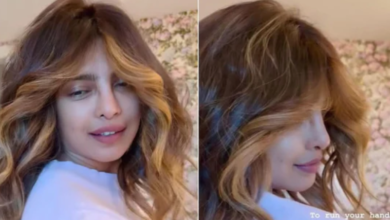