While the Twilight saga gave Michael Sheen’s villainous Aro plenty of opportunities for scenery-chewing, the movie series didn’t spend much time explaining the powers of the Volturi leader. The villains of Twilight are not given much in the way of backstory in the movie adaptations of the best-selling paranormal romance novels. To ensure that the Edward, Jacob, and Bella love triangle remained the main focus of the movies, the Twilight movies cut Caius’s dark backstory, the origins of Laurent, James, and Victoria, and even the tale of how the Volturi began.

As a result, Twilight fans who only watched the movies didn’t get a full picture of the villains featured in the series. The antagonists of Twilight all have complicated canon backstories, not to mention a plethora of powers that went largely unexplored in the adaptations. Among the villains who got more screen-time in the Twilight movies was Aro, but even the Volturi leader himself didn’t get enough plot focus for his mysterious powers to make much sense for uninitiated viewers.

The Volturi leader is the biggest villain in the entire Twilight saga, but Aro’s powers and how he uses them are never made entirely clear in the series. Confusingly, not every vampire in the franchise has a supernatural power, with Twilight’s Esme Cullen having no powers but her adopted son Edward having the ability to read minds. Generally, the powers that a vampire has can allow them to gain power and influence in the world of the franchise, with Twilight’s biggest villains typically having the most impressive skills. Aro is no exception in this regard, although the movie adaptations don’t do much to explain how he parlayed his unique talent into a powerful position.

Aro’s backstory began when he was born around 1300BC, although the character only came to international prominence centuries a lot later (around 1400AD). Aro built his infamous coven the Volturi via his unique supernatural powers, although he relied on Marcus and Caius to earn the Volturi’s ruthless reputation. Aro’s dark backstory saw him manipulate the duo to keep them in line, but he never needed to fear their rebellion as Aro is the most powerful member of the trio by a stretch. Aro’s ability to read the minds of others meant he was always a step ahead of both his rivals and his fellow Volturi members, resulting in the coven’s swift takeover of the vampire world.

What Are Aro’s Powers?

Aro can, with a single touch, read every thought that a human or vampire ever had. Aro’s powers allow him to blackmail, fool, manipulate, and coerce everyone into compliance. While not as obviously useful as Emmett’s super-strength or Alice’s ability to see the future, this deeply personal power does allow Aro to have leverage over almost everyone he encounters. The villain sees people and vampires alike as pawns in a power game, with the infamous ending of Breaking Dawn Part 2 seeing the supposedly vicious villain sheepishly retreat upon realizing that he would lose the battle ahead of him thanks to Alice’s foresight. As much as this twist was maligned by viewers and critics alike, it does fit with Aro’s cold emotionless character, with the villain refusing to let himself be ruled by emotion after seeing how easy it is to manipulate his victims via insight into their innermost thoughts.

How Do Aro’s Powers Work?

It is never made clear how Aro’s powers work in the Twilight saga, although what is clear is that the character can hone the input that he gets from his victims. He has had hundreds of years to develop this skill, but it is still not entirely clear how (for example) he sees Alice’s vision of the near future when he touches her at the Twilight saga’s plot-hole-plagued ending, and not her entire existence and everything she has ever thought. While Aro presumably filters the thoughts of those he is using his powers on to find relevant information, it is not clear how he does this or whether he can be fooled with lies and fake thoughts. The other obvious issue with this power (that people’s thoughts change over time and therefore Aro should technically hear a lot of contradictory, self-negating chatter when he listens in on minds) is never addressed either, making the power all the more difficult to understand.

Do Any Other Twilight Vampires Have Aro’s Powers?

There is no other known vampire in the Twilight universe with the same powers as Aro, although there are a few characters whose skills come close to the villainous Volturi leader’s abilities. For example, Robert Pattinson’s Twilight hero Edward can read every one but his love interest Bella’s thoughts, but only during the moment. Unlike Aro, he doesn’t have access to their complete mental/emotional back catalog, but it is unclear whether this is because his skill is markedly different from Aro’s powers or if he simply needs to work on the ability for longer since Aro has centuries of practice on the young vampire. Meanwhile, Alice Cullen can see people’s futures but can not read their thoughts, while Jasper Hale can compel the emotions of others but not read them.

Despite the Volturi being Twilight’s primary villains, there is no reason to think that Aro is objectively the strongest vampire in the series in terms of supernatural power. The under-used Benjamin (played by Rami Malek) can contort bodies of water to take any form he wishes, a power that could have massively more devastating effects than any form of mind-reading if the holder decided to wreak havoc with his ability. Similarly, Alice’s vaguely defined foresight allows her to make a fortune manipulating the stock market and keep the Cullens in phenomenal wealth, meaning she could likely do a lot more to shape the future by being able to view events that haven’t happened yet than Aro could by reading thoughts. Thus, Aro’s powers that allow him to read a lifetime of thoughts via touch is not what makes the character the most powerful vampire in the Twilight universe, but instead, it is his relentless ambition and pitiless cruelty that allow him to hold onto his throne. 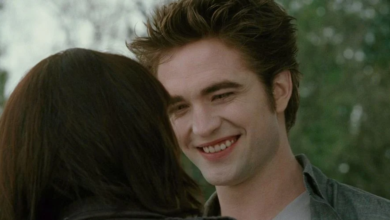 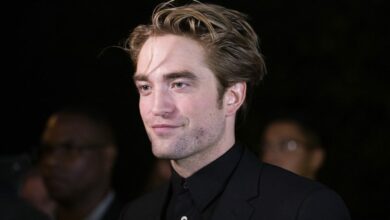 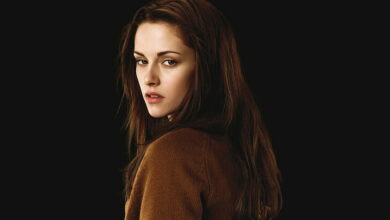 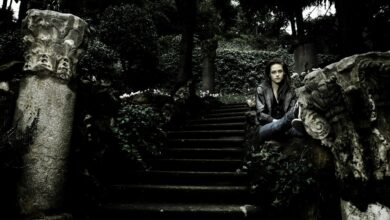