After Letterkenny started building some real buzz, a spinoff of some sort was all but inevitable. But if anyone had suggested that Shoresy was going to get his own series they would have been laughed out of the room. Now that Hell has frozen over and Shoresy is going to tell the hockey player’s story, it’s hard not to wonder who else might show up, like Reilly and Jonesy’s mothers.

Shoresy has been part of Letterkenny almost as long as there has been a Letterkenny. He made his debut in Season 1, Episode 4 as a member of the same team as Reilly and Jonesy. This was the start of one of the series’ best running gags as Shoresy would constantly torment them, out chirping them at every possible turn. It was brutal to watch this happen so consistently over ten seasons considering Reilly and Jonesy were usually pretty good at trash talk on the ice. Shoresy just had their number, particularly when it came to their moms.

A huge aspect of Shoresy’s ten-season-long barrage of chirps directed at Reilly and Jonesy has focused on their mothers. He has openly and repeatedly stated that he has an ongoing sexual relationship with both women and that they are essentially his sugar mamas. Not surprisingly, this has gone over poorly with the boys, particularly when their mothers seemed to confirm the nature of their respective relationships with Shoresy via text. The best chirps have some basis in fact.

But those chirps made fans fall in love with Shoresy, which is why he’s getting a spinoff. Another part of the character’s allure was the fact that fans never saw his face. Fans knew Shoresy was played by Jared Keeso, creator of the series as well as the actor who plays Wayne. But that’s part of the fun of the character, knowing that Keeso is playing two characters who are so incredibly different.

That’s just one of the changes Shorsey is bringing to the world of Letterkenny. Shorsey’s face has already been revealed, not that it was much of a surprise. It will be interesting to see the other changes it brings, such as the focus on hockey. The sport has always been a big part of Letterkenny but Shorsey will put it front and center. It’s also possible that other characters who have been mentioned frequently but never seen may finally debut, specifically Reilly and Jonesy’s mothers.

To date, neither Mrs. Reilly nor Mrs. Jonesy has made an appearance on Letterkenny. But having them make their respective debuts on Shoresy would only up the ante in his ongoing torment of Reilly and Jonesy. The only thing worse than Shoresy telling them he’s in some sort of relationship with their mothers would be them seeing him with them. Even running into the trio out for dinner would be enough to drive Reilly and Jonesy over the edge. Walking in on Shoresy in bed with them might cause a full breakdown.

Expanding the Letterkenny universe makes sense and starting with hockey is the right way to go. It is a key element of the series and there are a lot of potential stories to tell in that world. Hopefully, Shoresy takes the opportunity to build his legend as a great hockey player and an icon of chirping, mostly at the expense of Reilly and Jonesy. 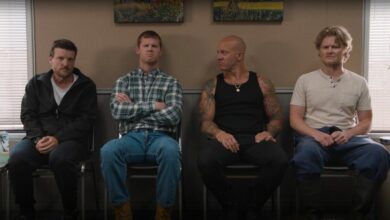 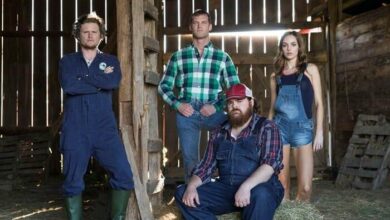 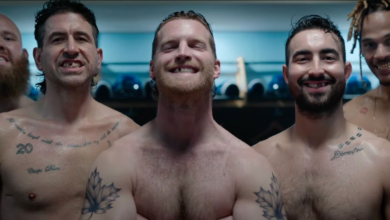 ‘Shoresy’: Release Date, Cast, Sneak Peeks, and Everything We Know So Far About the ‘Letterkenny’ Spin-Off 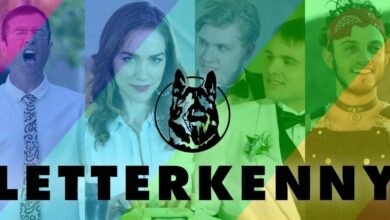