The poster, released by Crave, places Keeso’s Shoresy front and center, flanked by his teammates on the Sudbury Bulldogs hockey team, a scene that was shown in the first teaser trailer released for the hockey comedy sereis. Created by Keeso, Shoresy will follow the notorious #69 after he moves out of Letterkenny to join a senior triple hockey AAA team on his quest to never lose again. Shoresy premieres on Crave on May 13 and Hulu on May 27.

Created, written by and starring Keeso, Shoresy Season 1 is set to debut on Hulu and Crave in May. The first look image and teaser trailer for the spinoff unmasked the infamous #69, with Keeso reprising the role that originated on Letterkenny. The spinoff marks the first time audiences will see the character’s face on screen.

Along with Keeso, the cast of Shoresy also includes Tasya Teles as Nat, Harlan Blayne Kytwayhat as Sanguinet, Blair Lamora as Ziigwan and Keilani Rose as Miigwan. The series will also feature a wide variety of guest stars, including fellow Letterkenny castmates, Jacob Tierney, Kim Cloutier, and Max Bouffard as JJ Frankie JJ.

Shoresy will consist of six, half-hour episodes and, according to Hulu, will see “the foul-mouthed, chirp-serving, mother-loving, fan-favorite character, Shoresy, join a senior AAA hockey team in Sudbury on a quest to never lose again.” When Shoresy was first announced, it was unclear if Keeso would reprise his role for the spinoff, but the clip, a previously released teaser and first look image proved that to be true. The Hulu Original series is the first full-length spinoff of the Canadian sitcom, Letterkenny, also created by Keeso, who also stars in the series as Wayne. Letterkenny recently premiered its 10th season on Hulu. 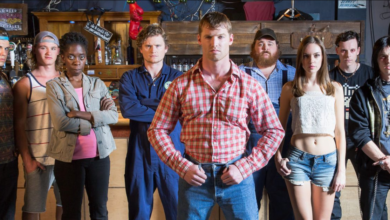 That Makes a Silly Event So Iconic 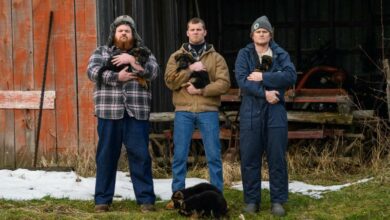 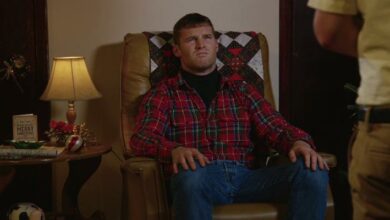