There is so much great TV available at the moment that it can be hard to decide what to watch. When you finally do make a choice and settle in with it, there is nothing worse than spending a day or two on a series only to realize it only has three seasons.

Luckily Netflix has plenty of binge-worthy shows that go for the long haul to fill your days and nights with. From comedies to dramas, easy watches to award-winning epics there is something for everyone.

In Peaky Blinders, the BAFTA award-winning crime drama series Cillian Murphy heads up an all-star cast featuring appearances from Tom Hardy, Anya Taylor-Joy, Adrien Brody, and Sam Neill. Set in England post-WWI, the series tells the story of the Shelby brothers and their gang, the so-called “Peaky Blinders,” as they wreak havoc on the streets of Birmingham.

RELATED:The Best British Shows On NetflixThe series, which has six gripping seasons has received critical acclaim, has been compared to TV all-timers like Boardwalk Empire and The Wire. This gangster epic is loosely based on real events and has had a significant cultural impact on the UK, even spawning a video game.

Orange Is The New Black

Orange Is The New Black is one of Netflix Original’s most successful shows, scoring four Primetime Emmy Awards in its seven-season run. Based on the book by the same name, the show stars an ensemble class featuring Natasha Lyonne, Laura Prepon, Taylor Schilling, Danielle Brooks and Uzo Aduba who won two Emmys for her role as Suzanne ‘Crazy Eyes’ Warren in the series.

The series centers around Piper Chapman (Taylor Schilling), a 30-something New Yorker who is sentenced to fifteen months in prison for a crime that she committed ten years earlier. Covering critical social issues such as sexual identity, mental illness, addiction, and transgender rights via a brilliantly delivered dramedy, it is easy to see why TIME named Orange Is The New Black the most important TV show of the decade.

Although it is coming to an end, Grace and Frankie is the longest-running Netflix Original Series with seven seasons under its belt. Featuring a stellar ensemble class including the likes of, Jane Fonda, Lily Tomlin, Martin Sheen, and Sam Waterston, it is no wonder the series has earned itself thirteen Primetime Emmy Award nominations.

The series follows Grace Hanson (Jane Fonda) and Frankie Bergstein (Lily Tomlin), in the aftermath of their husbands leaving them for each other. Now, two women who can hardly stand one another find themselves not only having to start all over again in their 70s but having to do it all under one roof.

It took a while for people to notice Schitt’s Creek, but once they did, it became a global phenomenon. Sweeping the 72nd Primetime Emmy Awards with nine wins and making history in the process as the first comedy to take out every category, it remains iconic to viewers across the world. Created by Dan and Eugene Levy, the show follows the Rose family as they lose their enormous fortune and have to start again in a small town.

Critically acclaimed and highly regarded, especially for its representation of LGBTQIA+ characters, Schitt’s Creek is a truly unique, heartwarming comedy, with characters as funny as they are genuinely moving. If the first few episodes don’t have you hooked, stick with it as it really finds its feet halfway through the first season. By the sixth, you will be wishing for it to never end

Based on the DC character by the same name, Lucifer is a highly addictive urban fantasy crime drama starring Tom Ellis as the devil himself. Over six seasons, the series follows Lucifer as he retires from Hell’s top job and moves to Los Angeles to run a luxurious nightclub.

Lucifer’s life on Earth is turned upside down when he witnesses the murder of a friend and meets Detective Chloe Decker (Lauren German). Intrigued by Chloe and by solving crimes, Lucifer decides to lend a hand, becoming a consultant and using his powers to help resolve cases and fight unearthly beings. Fans of shows like Supernatural, Charmed, and Angel will love Lucifer.

Offspring is the quirky Australian drama about Nina Proudman (Asher Keddie), a Melbourne obstetrician, trying to balance her career and dysfunctional love life with her even more dysfunctional family. During its seven-season run, the beloved series won seven Logie Awards, the Australian equivalent of the Primetime Emmy Awards.

Nine Perfect Strangers star, Asher Keddie is brilliant in her role as the 30-something and unlucky-in-love doctor. While Offspring definitely has its fair share of funny moments, you will need to prepare for some heartache too, so have a box of tissues on hand.

You can always count on Shonda Rhimes to deliver season after season of award-winning drama. Her longest-running series, Grey’s Anatomy, is currently up to its 19th season. The Primetime Emmy Award-winning series follows the intense personal and professional lives of doctors at a Seattle hospital.

One of the longest-running scripted American primetime television series’ ever, Grey’s Anatomy is responsible for escalating the careers of actors like Sandra Oh, Patrick Dempsey, Ellen Pompeo, and Katherine Heigl.

New Girl is the hilarious romantic sitcom about Jessica Day (Zooey Deschanel) a lovable, dorky, teacher, her three roommates, Winston (Lamorne Morris), Schmidt (Max Greenfield), and Nick (Jake Johnson) and the shenanigans that they get each other into.

Over seven seasons romances, bromances and friendships evolve amongst the group who are joined by Jess’s best friend Cece (Hannah Simone) and their ‘sometimes’ roommate Coach (Damon Wayans Jr.) as well as a string of superstar guests including Taylor Swift, Megan Fox, and the one and only Prince

Queer Eye first graced our screens in 2003. Now, thanks to Netflix, the Fab Five are back and better than ever. The series is guaranteed to make you cry happy tears as Antoni Porowski, Tan France, Karamo Brown, Bobby Berk, and the iconic Jonathan Van Ness improve the lives of people all over Atlanta, helping them with everything from decorating their homes to reinventing their personal style and grooming routines.

This uplifting series has won the hearts of viewers around the world and earned itself nine Primetime Emmy Awards, including the award for Outstanding Structured Reality Program for four years in a row.

One of the most popular series of recent years, Downton Abbey has had a significant cultural impact around the world, even having a traveling exhibition dedicated to the series and two follow-up feature films. Set in the post-Edwardian era, it is a historical drama that details the lives of the British aristocratic family the Crawleys, and the domestic servants who work for them.

Garnering fifteen Primetime Emmy Awards, three Golden Globes and two-hundred and twenty-nine other nominations, in its six season run Downton Abbey has become one of the most successful British costume drama series of all time. As well as featuring stunning costumes, sweeping scenery and brilliant dialogue, the series also includes historical events such as WWI, the Titanic, the Marconi Scandal and the Spanish Flu amongst its storylines. 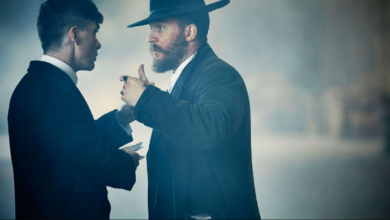 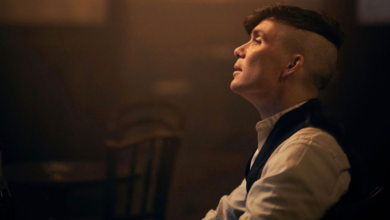 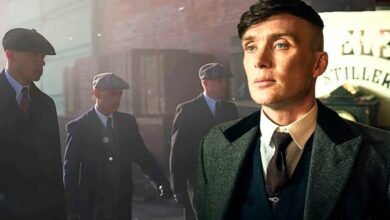 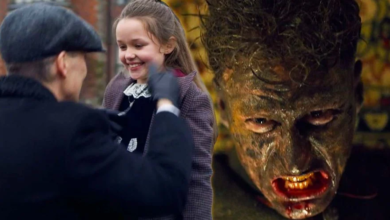