One of the funniest running gags on the hit sitcom Seinfeld is the way in which Jerry Seinfeld’s neighbor, Cosmo Kramer (Michael Richards), enters Jerry’s apartment by sliding through the doorway at the most unexpected times. The slapstick humor of Kramer’s entrances became so iconic on the show that it became an increasing recurring motif on the show from its inception to its conclusion.

While many of Kramer’s entrances are similar in the way he abruptly swings Jerry’s front door open and slides across the hardwood floor, many hilarious variations on the theme have stood out more than most over the years.

An early Kramer entrance from season 4 finds Jerry’s normally anxious neighbor in one of his most chipper moods. As Jerry prepares a bowl of cereal, the front door suddenly flies open, where Kramer doesn’t slide so much as he performs a hilarious tap-dancing routine that Gregory Hines would be proud of.

As the door opens, Kramer keeps one hand on the doorknob and extends the other into the hall. Just as he sings “Good morning!” to Jerry, he stands on one leg and bounces in perfect harmony with his vocal pitch. The way his frilly hair dances atop his head as he perfectly choreographs the greeting with his rhythmic toe-tapper is one of Kramer’s most unique of amusing entrances.

Later in season 4 of the all-time beloved sitcom, Kramer makes another one of his most memorable entrances by storming into Jerry’s apartment announced with one of his pant legs dangling from his waist. With absolutely no explanation as to what happened, Kramer silently enters as if nothing is out of the ordinary.

It would be one thing if Kramer was missing an entire pant leg, but as it is, it appears Kramer simply had trouble applying one leg while having no issue with the other. The funniest part? He’s still wearing socks and shoes as if he just came back from a day on the town.

Kramer’s swift entrances are often marked by the frenetic pace with which he flings the door open and slides into Jerry’s apartment. Yet, in a hysterical off-brand entrance from season 4, Kramer slowly enters with a sheepish look of embarrassment on his face, avoiding eye contact as he looks down at the floor and casually enters the apartment.

The humor of the entrance comes from subverting expectations, with the door itself creeping open very slowly rather than flying open abruptly every time Kramer bursts into Jerry’s apartment. By going against type, Larry David and Jerry Seinfeld created one of Kramer’s most memorable moments.

In terms of sheer distance covered in his hardwood slide on the awesome ’90s sitcom set, Kramer sets an all-time record in the season 4 entrance in which Jerry orders Chinese food on the phone. Leaning into his trademark move like never before, as soon as Jerry calls Kramer to see if he wants any food, Kramer suddenly storms in, and deliberately pushes off of the front door which allows him to slide four feet from the doorway to the side of Jerry’s sofa.

Moreover, Kramer bends his knees and holds his arms out during the elongated slide as if he was a surfer riding a wave, cocking his head backward to maintain balance. It’s as if Michael Richards knew how infamous Kramer’s entrances had become and gave the audience an extra dose of fan service. The unimpressed look on Jerry and George’s (Jason Alexander) faces makes it even funnier.

Given the context of arguably the most famous episode of Seinfeld, season 4’s “The Contest,” Kramer’s partially proud, partially humiliating entrance is way too good to omit. When Jerry, George, Kramer, and Elaine (Julia Louis-Dreyfus) make a bet to see who can go the longest without sexual self-gratification, Kramer loses the bet in mere minutes, leading to an embarrassingly hilarious entrance every fan of the show will recall.

The entrance itself isn’t even all that funny, yet it’s the humble and humiliating way in which Kramer ambles over to the kitchen counter, pounds a fistful of money down, and declares one of his all-time best quotes on Seinfeld: “I’m Out.” The stunned look on Jerry and Elaine’s is absolutely priceless.

Much of the humor derived from Kramer’s entrances comes from the fact that Jerry always keeps his apartment unlocked, allowing his nosy neighbor to come and go as he pleases. Yet in a highly amusing subversion of expectations, Kramer attempts to enter Jerry’s apartment only to slam into the door and fall to the ground when he realizes the door is locked.

As Jerry and George hear the loud thump at the door from inside the apartment, Kramer furiously says, “It’s me!” When Jerry opens the door, Kramer sits on his knees, holds his eye, and decries, “Why are you locking the door now?” The only thing funnier is when Kramer later got hold of a key ring and made a hilarious entrance by rapidly opening all four of Jerry’s locks, much to Seinfeld’s shock.

Often hailed as one of the best Seinfeld episodes, season 5’s “The Marine Biologist” features one of Kramer’s most remarkable entrances. First, he burst into Jerry’s apartment with his signature slide while carrying a bag of golf clubs. Clearly dejected and frustrated, Kramer throws the golf bag on the floor and kicks it violently, saying, “I stink!” in a whiny high pitch.

If that wasn’t funny enough, Kramer laments hitting only one golf ball at the beach and begins to frantically yank off his jacket and dump sand out of his shirt, hair, and ears. By the time he’s done pulling sand from his shirt pockets, Kramer slips out of a chair and falls to the floor, all adding up to another tour-de-force of physical comedy.

In season 6, Kramer and Newman (Wayne Knight) had an all-out Risk battle to determine world domination? Another one of Kramer’s most memorable and original entrances took place during this arc when he had his hands too full with the game board to storm into Jerry’s apartment like usual.

Instead, Kramer actually knocks on the door. When Jerry opens it, Kramer has his back turned with his head leaning against the door, which makes him nearly topple over when it swings open. The slapstick physical comedy on display by Richards is something to behold.

During the highly-acclaimed “Soup Nazi” episode in season 7, Kramer makes one of his trademark slide-in entrances that leads to one of his all-time funniest moments. As Jerry and his girlfriend give a farewell to George, the woman calls George a weird guy as soon as he leaves. When the door suddenly swings open, the audience expects it to be George again, but it’s Kramer who storms in without notice.

After making his hysterical signature slide, Kramer utters, “Hey” before stumbling over to the couch, grabbing a large pillow cushion, and simply grumbling “yeah” before walking back to his apartment with the cushion in tow. If Jerry’s girlfriend thought George was weird, what does she think of Kramer after such a random sight?

Kramer’s dazzling entrances became so notorious on the show that Larry David began finding ways for the character to enter places other than Jerry’s apartment. The best example of this came in season 8 when Kramer made a grand ballroom pirouette after the back of his tuxedo was ripped off his body. Partial credit goes to George for the assistance.

What really sells the entrance is the context of the ballroom gala. George expects to be met by his girlfriend, Alice, but Kramer shows up in her place, telling George that Allison no longer wants to see him. Kramer states he’s had the same rental tux for 15 years, at which point George rips at the tux to prevent Kramer from entering the fancy ballroom. Instead, Kramer makes three full twirls into the ballroom, prompting a guest to say, “Wow! What an entrance.” 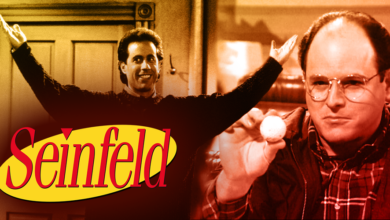 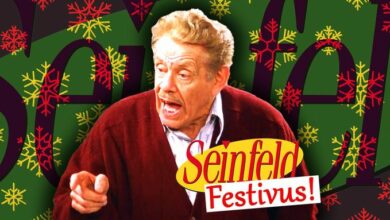 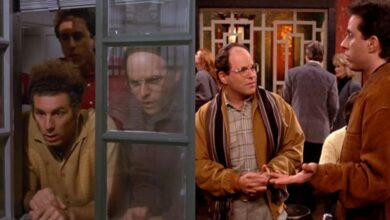 10 Seinfeld Episodes For Beginners To Start With 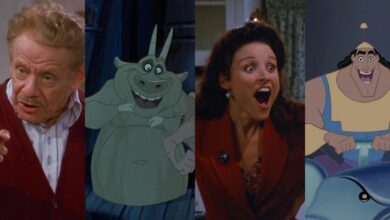