In watching the trailer for Season 9 of Letterkenny, the cult Canadian comedy series that’s recently come to Hulu for American audiences, I couldn’t help but be reminded of Stefon, that classic Bill Hader Saturday Night Live character. Because this trailer has everything: Fights, dances, aggressive DJs that seem to be controlled by psychic powers, and a woman who’s considering sexual contact with a cousin. If you’re not a Letterkenny convert already, this wild, hilarious, and Canadian-accent-filled trailer might be the thing that gets you to check it out.

The adept, delightful ensemble cast, which includes Tyler Hynes, Michelle Mylett, Lisa Codrington, Tiio Horn, and many more, gets to play all kinds of wild scenarios this season, including a very forward dating strategy involving shirtless soldiers, a jumping onto teenage girl sleepover traditions, and the invention of a new energy drink. It all starts on Hulu December 26, giving you your new favorite Boxing Day tradition (and likely, your very first Boxing Day tradition).

Letterkenny Season 9 premieres on Hulu December 26. Check out the official trailer and synopsis below.

LETTERKENNY kicks off post-fight with Dierks (Tyler Hynes), and the Hicks, Skids, and Hockey Players attend an American Buck and Doe. Katy (Michelle Mylett) takes her scorched earth dating strategy back to Letterkenny and Gail (Lisa Codrington) gets some action of her own. Meanwhile, The Hockey Players learn about Judaism and the whole town gets really into sleepover activities like movies, board games, and girl talk. Then, a competing restaurant opens in Letterkenny and Tanis (Tiio Horn) starts her own energy drink. 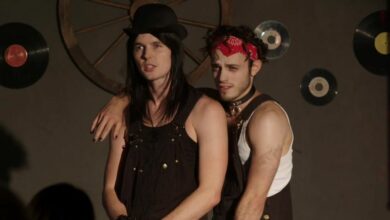 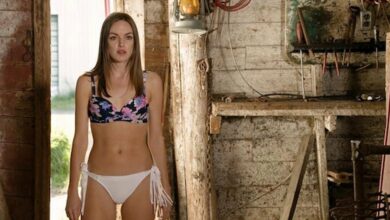