On Feb. 23, a teaser trailer for the much-anticipated spinoff of Canadian cult-comedy series “Letterkenny” dropped on social media.

The video, which runs only 38 seconds, opens with a shot of a hockey team dressed in green, yellow, and white jersey, leaning over the boards of the Away team bench of a hockey rink. As the camera dollies backwards, the empty blue arena seats behind them are revealed, and the home team players come onto screen one-by-one. The names and numbers on the backs of their black sweaters face the camera.

But Sudburians who have never seen or even heard of “Letterkenny” or its new sibling will likely recognize something else — the logo of their most popular local hockey team, the Sudbury Wolves, at centre ice beneath the players’ skates.

“It feels like Sudbury’s a bit of a character in the show,” producer Kara Haflidson said of the new series, which takes place in the same city where it was shot.

The relationship between “Letterkenny” and Sudbury goes all the way back to the beginning. The original series, which follows the residents of the fictional rural Ontario town of the same name, shot its first season in the city back in 2015. Since then, nine additional seasons have also been filmed in Sudbury, featuring locations like the Countryside Sports Complex, the Donovan Variety convenience store, Bell Park, St. Paul’s United Church, and Frood Hotel.

Advertisement 3
Article content
But while “Letterkenny” uses these local spots as set dressing for its fictional town, “Shoresy” puts Sudbury directly on the screen.

“Sudbury has character,” Haflidson said. “Having to change business to be invented fictional places has been really fun, but it’s even more fun to celebrate the places that you’ve frequented for the last seven years.”

The six-part spinoff follows foul-mouthed hockey player Shoresy, played by creator Jared Keeso, as he moves to Sudbury to join the ailing Sudbury Bulldogs of the Northern Ontario Senior Hockey Organization, better known as the NOSHO, on a mission to never lose another hockey game again.

Shoresy is one of Letterkenny’s most mysterious characters, only ever shown on screen from behind or with his face obscured, due to Keeso’s simultaneous lead role as Wayne. With so little known about his backstory, he was the perfect blank slate for a spinoff.

“I think what Jared has done a really good job of in the series is that Shoresy really becomes a full character,” said Haflidson. “In Letterkenny, he’s so funny and such great comedic relief, but in ‘Shoresy,’ Jared really fleshes him out, and you see some backstory. All the things you love about Shoresy are still there, but there is so much more to him than I think people are expecting.”

The original series has become known for its frenetic, oddball humour, its endearing, over-the-top characters, and its plentiful use of bafflingly wordplay and slang. Haflidson said fans of “Letterkenny” can expect more of what they love from the spinoff.

Advertisement 4
Article content
“It’s still so f—ing funny,” she said. “(But) I think what ‘Shoresy’ does that ‘Letterkenny’ doesn’t is that it’s an epic sports movie told over six episodes. It makes its own unique special world.”

According to actor Bourke Cazabon, who plays high school hockey player Cory in the show, there’s no better place to create that world than in Sudbury.

“Sudbury is honestly the best place to pick for a hockey show,” said Cazabon, a North Bay native who grew up facing off against Sudbury hockey teams.

“Sudbury has always had a huge hockey association, and there’s really strong teams that come out of Sudbury,” he added. “Having all the original Northern Ontario hockey arenas was definitely cool to have in the show.”

Like many young Ontario hockey players, Cazabon started watching “Letterkenny” alongside his teammates, loving the chirping, the humour, and the slang that were all so true to their own experiences on the rink.

“Shoresy” takes the occasional hockey snippets that Cazabon and his teammates loved from the original series and expands them into a fully developed story, chirps and all.

Cazabon joked that the new series was so authentic, he wondered if Keeso had snooped through his Elite Prospects page when writing his character’s scenes.

“I ended leading the league in penalty minutes, so I was a grinder for sure,” he said of his time as a hockey player before he was cast in the series. “I don’t know how much of my character I can talk about, but I am in the box a lot.”

Advertisement 5
Article content
The series won’t just appeal to hockey players, according to Sudbury actor Max Bouffard, who is reprising his original series role as ladies-man Jean-Jacques François Jacques-Jean, or JJ Frankie JJ, as a member of the Sudbury Bulldogs.

“I think any sort of team sport like football, lacrosse, whatever, that sense to hate losing really resonates with a lot of athletes,” he said. “I think it’ll go beyond the hockey world.”

And it’s not just athletes who will find something to enjoy.

Throughout the series, there are plenty of Easter eggs for Sudburians to enjoy. From showdowns at the Sudbury Arena, to drinks at the Coulson, to dates at the Laughing Buddha, the dialogue is rife with quippy mentions of Sudbury landmarks. The series even sets Shoresy’s apartment above The Grand, and added names of local bands to the nightclub’s marquee in post-production as homage to the local arts scene.

“We get to showcase a bunch of local businesses, which is awesome,” said Bouffard, who was born and raised in Sudbury. “Who knows? It might bring in more business in these places, because I know there’s a lot of diehard fans that like trying to find the locations where we shot at, because it’s been shot here since season one.”

Bouffard said he hopes residents will enjoy seeing their city come to life on the television screen as much as he does. 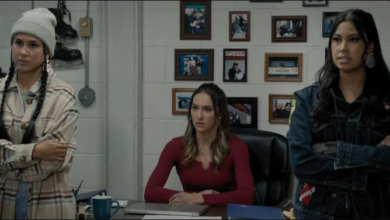 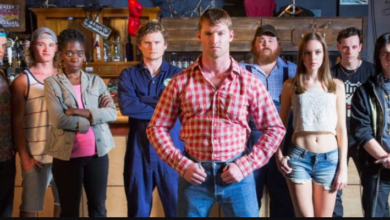 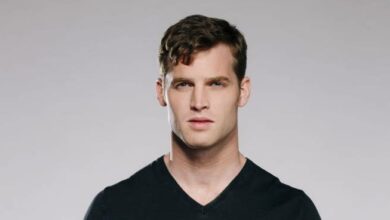 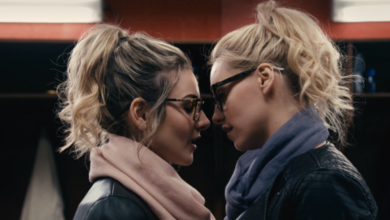