Last month, Disney announced it would soon be shutting down Connecticut-based Blue Sky Studios, which it acquired as part of its 2019 merger with 20th Century Fox. According to Buzzfeed News, the decision left Blue Sky’s animated movie Nimona in limbo, something that was particularly dispiriting as the film was poised to become Disney’s first feature-length animated movie to showcase queer lead characters, as well as a same-sex kiss.

Now, Collider has exclusively learned that Chloë Grace Moretz and Riz Ahmed would’ve voiced two of the three lead characters in Nimona, and that the unfinished project has been shopped to buyers with the hope of finding it a new home, though there haven’t been any takers just yet.

Sources close to the situation tell Collider that Blue Sky leadership continues to explore options to finish the film. Sources say that roughly 75 percent of the work on Nimona had been completed, but there was still another 10 months of production to go, leaving Disney with a difficult business decision to make. Had top studio executives loved what they’d seen from the film thus far, it’s safe to say the studio would’ve made a greater effort to continue with production.

Unfortunately, the past year has been challenging for the entire industry, including Disney, and sources say that sustaining a third feature animation studio was no longer viable given the current economic realities caused by the pandemic. It’s no secret that Disney has been hit hard by COVID-19, and not just on the studio side, but theme parks and cruise lines as well.

Nimona originated as a webcomic created by artist Noelle Stevenson that was later published as a graphic novel by HarperCollins in 2015. The film follows a chaotic shape-shifter named Nimona who teams up with the villainous Lord Ballister Blackheart to find the story’s supposed hero Sir Ambrosius Goldenloin.

Sources say Moretz had been cast as the title character — whom one Blue Sky employee described to Buzzfeed as a “gender-nonconforming lead” — and had actually recorded roughly half of her lines for the film. Meanwhile, Ahmed would’ve played Blackheart, who, according to Buzzfeed, shares a romantic history with Goldenloin. Not only do the two male characters say “I love you” at one point, but they also share a tender kiss.

Blue Sky employees were reportedly told on Feb. 9 that Disney was shutting the company down and laying off the entire staff, citing the economic fallout of COVID-19. Nimona was hardly the only victim, as there were reports earlier this week that the company would be closing 60 of its Disney Stores in North America over the coming months.

“Given the current economic realities, after much consideration and evaluation, we have made the difficult decision to close filmmaking operations at Blue Sky Studios,” a Disney spokesperson told Collider, repeating its earlier statement given to Buzzfeed.

While it’s true that Disney has barely said a word about Nimona since acquiring 20th Century Fox and its subsidiaries back in 2019, it would be reckless to suggest that the studio’s lack of public support was due to the themes of the film. Though one Blue Sky employee pointed out that Disney doesn’t “have a great track record of making queer-inclusive media,” they also noted that, in Buzzfeed’s words, “there’s no clear connection between the film’s content and the studio’s closure.”

While I feel sick for the entire Blue Sky staff, having been laid off myself from multiple jobs, I feel even worse that their hard work on Nimona may never see the light of day — especially given the film’s queer themes, which could’ve made a real impact on young audiences and potentially changed some kids’ lives. What more can you ask from an animated movie?

Studio brass may not have felt that Blue Sky had the same golden track record enjoyed by Pixar and Walt Disney Animation Studios, but the company is responsible for the hit Ice Age franchise, as well as the Rio movies and a handful of other animated films that grossed between $225 million and $300 million worldwide, which is nothing to sneeze at.

I don’t know what the final price tag would’ve been for Nimona — technically advanced animation is never cheap — but I am a bit surprised that there haven’t been any serious offers yet from streamers, as the groundbreaking project strikes me as a good fit for Netflix, Amazon or HBO Max, all of which seem eager to compete with rival streamer Disney+ in the animated space.

One thing is clear though, and that’s the fact that while Disney’s track record regarding queer stories and characters may not be great, the studio is embracing a more inclusive future. Marvel’s Eternals will feature the MCU’s first openly gay superhero as well as a same-sex kiss, while English comedian Josh Whitehall plays a gay character in Jungle Cruise and will come out in the film to Dwayne Johnson’s accepting riverboat captain.

Elsewhere, Beauty and the Beast‘s LeFou (Josh Gad) was Disney’s first canonically gay character (however subtle his sexuality was), and there was a presumed lesbian couple in Pixar’s sequel Finding Dory. Pixar also released the refreshing animated short Out, which features a gay male lead, on Disney+ last May, though as Buzzfeed notes, Nimona would have been Disney’s first feature-length film with queer lead characters. Here’s hoping that a deep-pocketed streamer rides to the rescue, because Nimona sounds like an important film that demands to be seen. 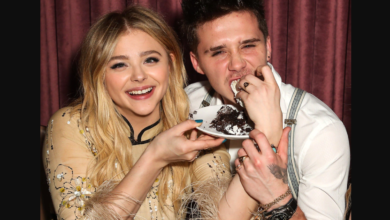 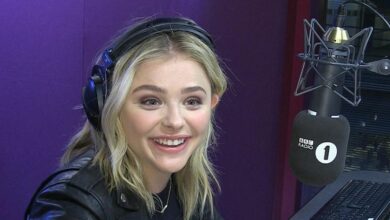 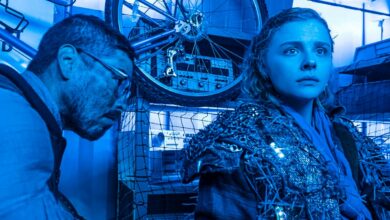 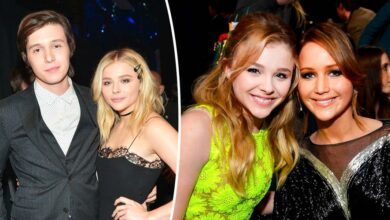