Sons of Anarchy focused on the journey of Jax Teller and the title club under his and Clay Morrow’s leadership, but what happened to the original members of SAMCRO, known as the First 9? Back in 2008, Kurt Sutter took the audience into the world of motorcycle clubs with the action drama TV series Sons of Anarchy. The show was very well-received from the beginning, allowing it to live on for seven seasons, coming to an end in 2014, but even though it brought the arcs of its main characters to an end, it left some questions about other members of the club, particularly those who started it all.

Sons of Anarchy is led by Jackson “Jax” Teller (Charlie Hunnam), VP of the title motorcycle club as well as the son of one of its founding members, John “JT” Teller. The events of the series begin when Jax finds the manifesto his father wrote in which he detailed his plans and vision for the club, which were the opposite of those of the current President (and Jax’s stepfather), Clay Morrow (Ron Perlman). This and other problems within the club and with others send Jax on a personal journey that makes him question his path, role in the club, relationships, and more. Although Sons of Anarchy focuses on Clay and Jax’s leadership, some of the surviving First 9 members appear from time to time, and through them, the show gives a small glimpse at the origins of SAMCRO.

The Sons of Anarchy MC was founded in 1967 by John Teller and Piermont ‘Piney’ Winston (William Lucking) when they returned from the war after serving two years in Vietnam. When JT and Piney come back to Charming, California, they saw the deterioration of their country and faced discrimination and economic hardship, a common issue for Vietnam veterans. JT and Piney formed the Sons of Anarchy motorcycle club with the purpose of rediscovering the feeling of brotherhood they found while in Vietnam, and along with seven others, they became known as the First 9. By the end of Sons of Anarchy, only one of the First 9 was still alive, and the rest had violent deaths either before the events of the series or during the show.

SAMCRO’s First 9 was formed by JT, Piney, Lenny “The Pimp” Janowitz (Sonny Barger), Keith McGee (Andrew McPhee), Wally Grazer, Thomas “Uncle Tom” Whitney, Chico Villanueva, Otto “Lil’ Killer” Moran, and Clay. JT was killed in 1993 in a road accident when he was riding his motorcycle and was hit by a semi-truck, but Sons of Anarchy revealed that his wife, Gemma (Katey Sagal), and Clay sabotaged his bike. Piney was killed in Sons of Anarchy season 4 by none other than Clay, as Piney didn’t agree with where he was taking the club and attempted to blackmail Clay. Keith McGee was killed in Sons of Anarchy season 3 also by Clay, as Keith was revealed to be a traitor, so Clay pushed him off a roof. Wally, Thomas, Chico, and Otto died before the events of Sons of Anarchy and in different circumstances: Wally killed himself in 1986 as he was dying of cirrhosis, Thomas was stabbed to death in prison, Chico died in 1976, and Otto was found dead floating in the Sacramento River.

Clay was killed in Sons of Anarchy season 6 when all his crimes against the club and its members were revealed, and through a Mayhem vote, it was decided that he had to die, and so he was killed by Jax. The last member of the First 9 standing by the end of Sons of Anarchy was Lenny, who is serving a life sentence at Stockton State Prison after allegedly killing three ATF agents many years ago. The First 9 were key in SAMCRO becoming what it currently is, and while it’s understandable that their stories weren’t explored, it would have also been interesting to properly get to know them and how they shaped the club. 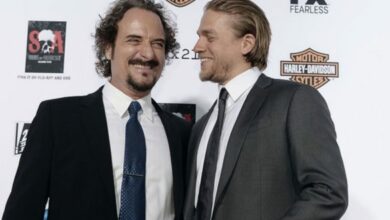 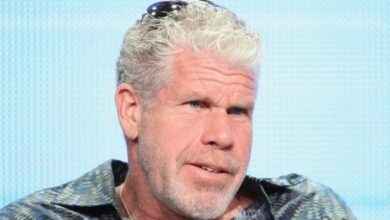 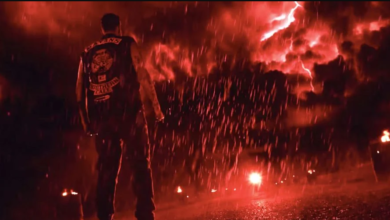 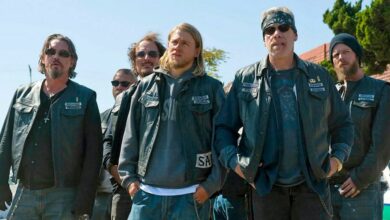 This Shocking Tragedy Plagued The Cast Of ‘Sons Of Anarchy’