When it comes to the films of the Twilight Saga, it seems that everybody has an opinion. Many viewers have noted that there were several moments during the franchise that were extremely inappropriate. Others have pointed out that the fan theories circulating are often more exciting than what we saw in the films themselves. Then there are those who just love Twilight and can’t get enough of the books or the movies.

Author of the original novels, Stephenie Meyer, appears to fall into the latter category. Since the films were released, she has opened up about her feelings and experiences relating to the adaptations of her work in several interviews. Keep reading to find out about the positive and negative things she has said about the Twilight films.

15 She Loves How The Films Contain Scenes That Should Have Happened In The Books, But Didn’t

Fans have pointed out that there were several details in the Twilight books that were left out of the movies. But, Stephenie Meyer herself revealed that there are also new scenes in the movies that she loves and wished she had included in the books. An example is when Edward appears in Bella’s bedroom in the first movie, but disappears when she turns the lamp on.

14 The Prospect Of Seeing The First Movie Terrified Her

Meyer has been open about the experience of having her novels turn into such a global phenomenon and has admitted that, at times, it’s scary. “I was terrified for days in advance before I saw Twilight for the first time,” she confessed (via Entertainment Weekly). But once she got over the initial fear, she was pleasantly surprised and relieved.

In some ways, the Twilight movies strayed from the source material. But despite the changes, Meyer believes that the first movie at least was true to the heart of the novel, as per Entertainment Weekly: “The characters were speaking the way they should and the heart was there. I could have watched it all night in a loop if I could have.”

Twilight has received a huge amount of criticism since it was released, and the hate has touched the cast of the movies as well as Meyer herself. The author revealed (via The Guardian) that it “broke her heart” to hear that the public believed Robert Pattinson was the wrong actor for the role at first. “I apologized to him for ruining his life,” she said.

The downside to having your novel being turned into a movie? It can take away some of your ownership. In an interview with Hollywood Reporter, Meyer admitted that the movies stole some of her ownership and importance in the story: “… there’s this totally different version that has become, I think, what most people see when they read the books.”

9 She Is So Over Twilight

After the Twilight films reached a certain level of fame that completely changed Meyer’s life, she confessed that she got to a point where she was “so over” Twilight. Despite recent news that she will be releasing a new book in the series, she revealed in 2013 (via The Guardian) that she was going to avoid writing any future installments or being part of any new movies.

Meyer noted that one of the interesting side effects of having her books turned into movies is that she, as the author of the original novels, became less important to the story. And because that allowed her to take a step back from being in the spotlight, she saw it as a positive change (via The Hollywood Reporter).

There are many parts of the Twilight journey that have been totally overwhelming for Meyer. She recently revealed that one of them was the first time she ever set foot on a film set. Being surrounded by so many people and seeing what went on behind the scenes completely opened her eyes to the reality of Hollywood.

Although the movies have been the subject of a lot of criticism, Meyer admitted that they actually made her life “100% better”. According to Hollywood Reporter, Meyer was able to disappear behind the movie and transfer some of the pressure and the scrutiny that came with writing such a famous story.

Stephenie Meyer revealed in an extended interview that watching the cast of the Twilight movies grow up between the first installment and the final installment has made her feel old. Although Meyer doesn’t look old to us, we know what she means! The cast certainly changed a lot over the course of filming.

When Meyer first heart that the Twilight movies were all going to be directed by different people, she wasn’t happy. She revealed in the same extended interview that she loved the work Catherine Hardwicke did with the first installment and didn’t want to go through the change. But in the end, she loved having different directors on every film because she learned so much from them all.

3 She Loved Casting The Movies, But Hated Turning Actors Down

As more Twilight movies were made, Meyer gradually became more involved in the filmmaking process and had a say in the casting of the characters. In the same extended interview, she revealed that she loved this aspect of the process, but hated turning down actors that she believed were genuinely talented and that she would have loved to work with.

2 Initially, She Didn’t Like Everything She Read In The Script

When Meyer first read the script for the first Twilight movie, she wasn’t pleased with everything she saw. She raised a few issues with director Catherine Hardwicke, but many of the scenes stayed in the script. Ultimately, she loved the final result and thought that the scenes she originally had issues with worked out fine.

Like most of the world, Meyer was blown away by the special effects that were used in Breaking Dawn Part 1. She revealed that the way Bella appeared so ill and emaciated during her pregnancy was extremely powerful and perhaps allowed the fans to see something that they couldn’t imagine just from reading the books. 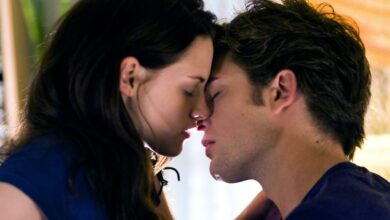 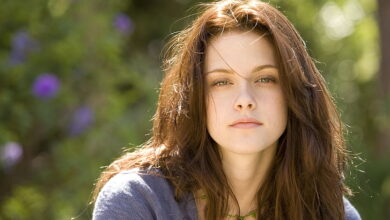 Kristen Stewart Names 1 ‘Twilight’ Movie ‘The Most Exciting for Me’ 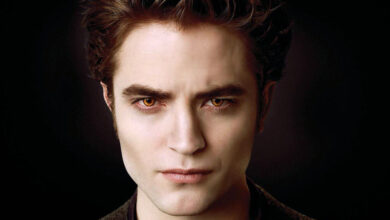 Things That Happen In Every Twilight Movie 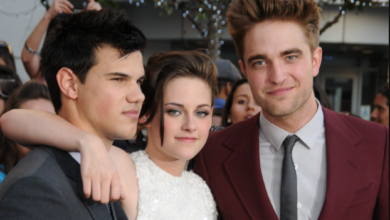