Twilight might not be a stellar movie franchise as far as critical reception goes, but it was no doubt a huge hit internationally. Stephanie Meyer’s successful series was adapted from her novels that brought the vampire and werewolf craze back in the late 2000s and early 2010s. The cast earned themselves household names and we wonder: what are they up to now?

After Breaking Dawn Part II, the actors have fallen off the star radar, but they are still acting in film or on television. Some might get the chance to earn their fame from their upcoming plans in Hollywood. One actor has been confirmed to be an iconic superhero, which is absolutely incredible! A lot has changed in over ten years, so let’s go over the actors! Here are twenty flattering photos of the Twilight cast today!

The lovely Jodelle brought the innocent Bree Tanner to life in the third movie Eclipse. After that time, she has been doing roles in both film and television. Some of her current projects are Office Games and Dark Matter. Before Twilight, she even made an appearance in the Silent Hill movie.

As Bella’s mom, Renée Dwyer, Sarah Clarke has been known for portraying Nina Myers in 24. She has not obtained a lot of recognition after the Twilight franchise ended, but she has done other projects such as Law & Order: SVU and The Tomorrow People.

Billy Burke has portrayed Charlie Swan, Bella’s overprotective but reasonable father who is a police officer in Forks. After Breaking Dawn Part 2, he has been in well-known shows like Revolution and Zoo. He’s even done other films like Lights Out and Breaking In, with the former receiving positive reception.

Despite only appearing in Breaking Dawn Part 2, Rami Malek has been in successful movie franchises such as Night of the Museum. And after Twilight’s run, Rami has been successful as an actor with his breakthrough performance as Freddie Mercury in Bohemian Rhapsody, in which he won an Academy Award for Best Actor!

Kellan Lutz portrayed the strong Emmett Cullen and is arguably the most recognizable role in his overall career. Unfortunately for Kellan, he has been in critically bombed movies like The Legend of Hercules. However, he has found success in television with the show FBI and its spin-off FBI: Most Wanted.

Elizabeth Reaser has played the loving and gentle wife of Carlisle Cullen, Esme. While her Twilight role is not as iconic compared to the main trio, Elizabeth has made a name for herself in horror shows such as The Haunting of Hill House. So far, she is doing a decent job in television and rocking in her current roles.

It is a wonder that Mackenzie Foy’s very first film debut is Breaking Dawn Part 1. Since then, she has grown into a beautiful woman who has done more notable roles in the future. She has appeared in films such as Interstellar, The Nutcracker and the Four Realms, and is will co-star with Kate Winslet in Black Beauty.

If you were around in the 2000s, then you know how famous Dakota Fanning was at the time. She has made her appearance as Jane of the Volturi since New Moon and is despicably talented in that role. Since then, she is still doing acting in movies, most being small.

Like some actors on the list, Peter Facinelli has found success in television after Twilight’s end. As the calm and compassionate leader of the Cullens, Peter captured Carlisle’s character and is one of the best-portrayed characters overall. Recently, Peter has been in shows like Supergirl as Maxwell Lord.

Similar to his character’s brother, Jackson Rathbone has not really had any success in other films, such as the despised The Last Airbender movie. Even though he has not done a lot of films, he has his own production company and record company. In his own way, we can safely say Jackson’s doing fine.

Before becoming Rosalie Hale, Nikki Reed has had her success in cult movies like Thirteen, which was also directed by Catherine Hardwicke. Recently, she and her friend Morgan Bogle have been focusing on their jewelry brand and work with Dell to recycle technology into jewelry. She has also married Ian Somerhalder from The Vampire Diaries fame.

Anna Kendrick is one of the few actors who have found more success in their film careers after Twilight. Namely, she was the main lead in the Pitch Perfect franchise, which has garnered decent reception and performed greatly at the box office. She also has written a memoir titled Scrappy Little Nobody, which also met positive reception.

Ashley Greene played the fan-favorite Alice and is still doing alright even if she did not achieve much success compared to the Twilight movies. She managed to land the voice role for Barbara Gordon in Rocksteady’s Batman: Arkham Knight and did a decent job after succeeding Kimberly Brooks.

Easily one of the sought after heartthrobs in the 2000s, Taylor Lautner got his big break for playing the tritagonist Jacob Black. Before Twilight, he had appeared in The Adventures of Sharkboy and Lavagirl and Cheaper by the Dozen. After Twilight, he has not done a lot of well-known roles, but he and Kristen Stewart reunited at his recent birthday party, so that’s a positive for the fans.

Robert Pattinson is an incredible actor who was even bold to mention his distaste for the Twilight movies. He has done other roles, mostly independent, but recently, he has been confirmed to be the next Batman. From vampire to superhero, Robert might eventually become one of Hollywood’s biggest stars once again.

And of course, we couldn’t forget about the one and only Kristen Stewart. While she had to play a not-so-great character, she is a great actress and proved that in other films. Like Robert, she has done some independent films but will appear in movies like Charlie’s Angels. She even has done some directing, including The Chronology of Water.

Xavier’s role as Riley in Eclipse gave him a breakthrough performance and showed off his talented acting. Despite being in only Eclipse, he was one of the best performances. He has not done much for film or TV shows but is currently filming Blonde, a film centered around Marilyn Monroe.

Bryce had a hole to fill in replacing Rachelle Lefevre as Victoria, and she did a great job! After filming Eclipse, she would gain international attention for being Claire Dearing in the recent Jurassic Park movies. She is also set to return in the sixth installment!

Michael has played Aro, one of the leaders of the Volturi. Being one of the despicable characters was quite something for an actor like him. He has recently starred with David Tennant in Good Omens, a miniseries based on the novel of the same name by Terry Pratchett and Niel Gaiman.

Nils Allen “Booboo” Stewart Jr. became somewhat of a heartthrob for playing Seth Clearwater, a fellow werewolf and friend of Jacob. His fame in the Twilight series would eventually place Booboo in the Disney Channel original movie series Descendants. Even though he starred on television rather than film, he’s managed well. 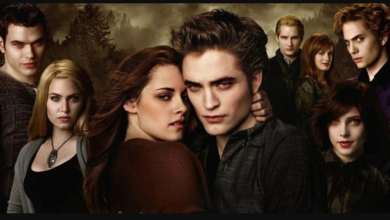 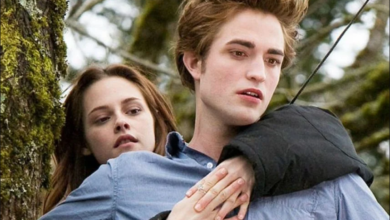 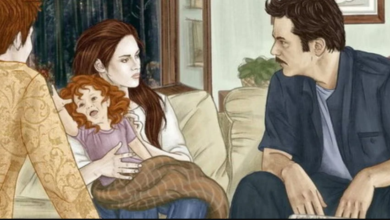 20 Twilight Redesigns That Are Way Better Than The Original Characters