Whenever a book is adapted to film, details are inevitably changed. Sometimes it’s because certain storylines don’t translate well to screen. Other times, there’s not enough time to mention everything. Despite the loss of detail, several film adaptations are still wildly successful and earn fans all over the world who don’t mind that certain parts vary greatly from the source material.

The Twilight franchise is one such adaptation that has been massively successful despite leaving out certain details from the books. Although not all of these details are crucial, many of them make the story easier to understand and flesh out the many characters better. Keep reading to find out what 15 details from the Twilight books were left out from the movies and why they should have been included.

In the book, Bella obtains a head injury after the van nearly crashes into her in the school car park. In the movie, this is totally left out. But it’s a detail that should have been included because the fact that she has an injury is an important point as it’s vital to Edward justifying her description of what happened.

14 The Significance Of Twilight Is Never Mentioned In The Movies

If you go by the first movie alone, you have no concept of what the significance of the title Twilight is. In the first book, Edward explains that twilight is the safest time of the day for vampires to be out in public. This small details makes the title of the series make so much more sense!

The movies give us some detail about Jasper’s past, including how he was turned into a vampire, and some insight into his vampire gift. But the books go into Jasper’s past and gift in much more detail, explaining how he has the ability to control the emotions of the people around him.

Similarly, the movies don’t give a lot of insight into the history of Carlisle. All we know about him is that he transformed the other members of the family, saving them when they were on the brink of death. In the first book, we learn some information about Carlisle’s past when Edward takes Bella into his study and shows her the paintings.

The fact that Bella faints at the sight and smell of blood is a relatively important point in the context of the Twilight story, which contains vampires who live by sucking blood. But in the movies, this information about Bella is completely missed out. Without reading the books, audiences would never know that she has an aversion to blood.

10 The Movies Keep It Hidden That Esme’s Son Died

Edward’s stand-in mother, Esme, is one of the most interesting vampires in the Cullen clan, but the movies don’t touch on her past the way that the books do. In the books, we find out that Esme became depressed when her baby son died and so she threw herself off a cliff.

In New Moon, when Bella is purposely putting herself in danger after losing Edward, she jumps on the back of a Harley with a strange man. In the book, she approaches a group of men for the same reason, and it’s implied that it’s the same group of men who harassed her in Port Angeles in the first book.

8 Bella Doesn’t Have A Job In The Movies

The character of Bella Swan has received a lot of criticism for being two-dimensional and bland. In the books, she is more fleshed out than she is in the movies, and we find out that she actually has a job working at Mrs. Newton’s sports hardware store. By contrast, there’s no mention of this job in the movies.

7 Bella Doesn’t Tell Jacob About The Cullens’ Gifts, But Somehow Jacob Knows About Them Anyway

In the books, it’s Bella who tells the pack of wolves about the special gifts that the Cullens have. This is never shown in the New Moon movie, but Jacob still knows about Edward’s ability to read thoughts, evidenced by the fact that he tells Edward to get out of his head.

6 Carlisle Doesn’t Have Tinted Car Windows In The Movies, Despite Needing Them To Hide The Truth

When describing Carlisle’s car, the books reveal that he has tinted windows as this helps to protect the identity of his family. With normal car windows, they would sparkle in the sun and be outed right away. This would have been easy to mention in the films, since they did put a lot of effort into the cars.

5 In The Books, Alice Does Sleep At Bella’s, Showing That She’s A Complex Character

The friendship between Bella and Alice grows in both the films and in the books. In the latter, Alice agrees to sleep at Bella’s house, showing that although she has an issue with Jacob she cares about Bella deeply, painting her as more of a complex character. In the movie, she flat out refuses to sleep at Bella’s.

Alice and Bella have a strong friendship, but the limitations of that friendship are made more clear in the books. In the literary version of Eclipse, Alice accepts a yellow Porsche from Edward in exchange for keeping Bella captive. This portrays her to be an ever more layered character with tendencies for being shallow.

3 In The Books, Edward Encourages Bella To Go To College

Many fans take issue with the way Edward treats Bella, but the movies do leave out some admirable things that Edward does in the books. At one point, he does give Bella college applications to fill out because he values education. There’s no mention of this in the movies, so Edward seems like even less of a well-meaning boyfriend.

2 In The Books, Edward Comforts Bella After She Rejects Jacob

When Bella finally comes to choose Edward over Jacob and rejects Jacob’s love, her reaction is slightly different between the books and the movies. In the latter, she doesn’t tell Edward about her conversation with Jacob, while in the books, she turns to him for comfort. This gives him a chance to be understanding and soothing.

1 Rosalie’s Full History Is Omitted From The Movies

Like many elements of the story, Rosalie’s full past is glossed over in the movies. We learn that she was attacked and betrayed by her fiancé and she took her revenge on him after becoming a vampire, but the books go into more detail about how she tortured him without spilling a drop of his blood. 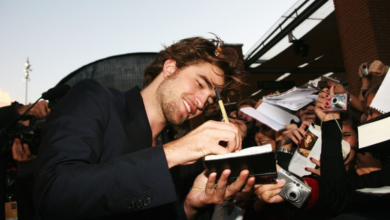 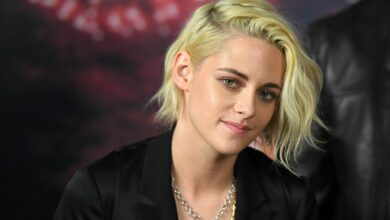 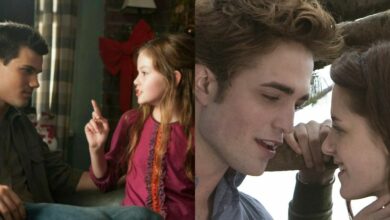 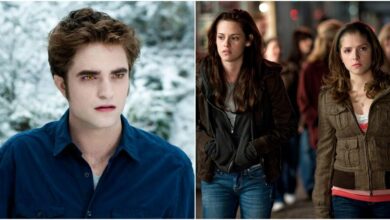