“The Twilight Saga” has generated a lot of hype since the release of its first film in 2008, subsequently gaining a massive global teenage fanbase. The franchise consists of “Twilight”, “New Moon”, “Eclipse”, “Breaking Dawn: Part 1”, & “Breaking Dawn: Part 2” and were based on American author Stephenie Meyer’s four bestselling novels of the same name.

Starring Kristen Stewart and Robert Pattinson, who have now gone on to acquire much professional acclaim through performing in indie flicks, the film follows the development of a fraught romantic relationship between Bella Swan, a human teenager, and Edward Cullen, a vampire. Much of the fan-based hype has also been generated from the introduction of a love triangle through Taylor Lautner’s werewolf character, Jacob Black. Here, we take a look at 15 surprising things that happened on the set of the “Twilight” films you might not have known about.

One of the many surprising behind the scenes facts about the first film is that Pattinson chose not to speak to any of the cast or crew for a couple of weeks before filming started to prep for his role as mysterious and aloof Edward Cullen. However, as it turns out, he made the character seem gloomier than the filmmakers wanted him to be.

Many of the actors, especially the ones in the werewolf pack, had to provide the filmmakers with papers proving that they were descendants of Native Americans before they were allowed to audition for their parts. This included Taylor Lautner who is revealed to have descended from the Ottawa and Potawatomi tribes.

13 Stephenie Meyer Makes A Cameo In The Diner Scene

Author and mastermind behind the “Twilight” series, Stephenie Meyer, makes a brief cameo in the diner scene where Bella and Charlie are having lunch. She can be seen typing away at her laptop, a nod to her real life profession, and even saying a line or two to the waitress.

According to Seventeen, Kristen and Rob were flown to director Catherine Hardwicke’s house immediately after they were cast in order to set up a chemistry read. Hardwicke decided that the first scene she wanted the two to rehearse was the love scene in Bella’s bedroom. This was so she could observe the romantic spark between the two characters.

11 Stephenie Meyer Is On Team Jacob

Many die-hard fans of the “Twilight” series have chosen to take sides between the two romantic male leads: Edward Cullen and Jacob Black. In line with those who believe Bella should’ve chosen Jacob, Meyer herself has admitted that she is on Team Jacob as his personality is more suited to her style.

Due to the fact that there was a lot of competition for the role of Jacob Black in the first film, the producers were considering getting a different actor to play the part for “New Moon”. The narrative required Taylor Lautner to undergo a drastic physical transformation, and when he proved his ability to do so, he was able to keep the part.

Bella and Edward’s wedding was the first time the entire cast actually appeared together onscreen. This includes the whole family of vampires, members of the Indian tribe, Bella’s high school friends, and her parents. The Cullens’ far cousins were also invited to the event, marking it as a massively important get-together.

According to Buzzfeed, Henry Cavill was actually Meyers’ first choice for the role of Edward. The studio executives, however, did not believe that Cavill could pull off playing a teenager as he reportedly looked too old for the part. He was instead offered the role of Carlisle Cullen, but by then, the actor had already signed on for “The Tudors”.

Mackenzie Foy was cast from a video presented to the casting directors. They loved the fact that she had a mixture of both Kristen and Rob’s features, such as their natural hair and eye colors. The cast soon had to put a swear jar on set to make sure that no one swore in front of the young actress.

6 Many Of The Cast Wore Colored Contacts

Many of the cast wore colored contacts to fit their physical character descriptions in the books. This includes leading actress Kristen Stewart who had to wear brown contacts everyday on set for five films in order to stay true to Bella Swan’s signature brown eyes. Stewart’s real life eye color is green.

5 Nikki Reed Wore A Wig During The Sequels

Actress Nikki Reed, who plays Rosalie in the series, had to wear a wig during the filming of the sequels. This was because her hair had begun to fall out due to the intense bleaching she had to undergo for her character. Other cast members such as Kristen and Rob wore hair pieces for their characters.

In order to keep the look and make of Bella’s wedding dress a secret from the prying press, Kristen had to try to conceal it during various filming pauses. She did this by draping a dark Volturi cape over the dress whenever the director decided to have breaks in between filming.

Jacob Black was the character that required the most extensive physical transformation. Lautner has revealed that the most difficult part about his rigorous diet and workout routine was the amount of food he had to take in during workout sessions. He was told he had to eat at least four thousand calories a day.

During the filming for “New Moon”, director Chris Weitz told Kristen to put weights in her pockets in an effort to make her sink during the drowning scene. The actress however, was understandably uncomfortable with the idea of having something anchor her down in the water. After Weitz tried the suggestion for himself, he realised it was too terrifying.

1 Rob Composed Some Music For The Soundtrack

Being a talented musician as well as an actor, Rob actually composed some of the music used on the “Twilight” soundtrack. This includes the tracks ‘Never Think’ and ‘Let Me Sign’. He also committed fully to his role and decided to learn how to play ‘Bella’s Lullaby’ on the piano, rendering the music scene more realistic. 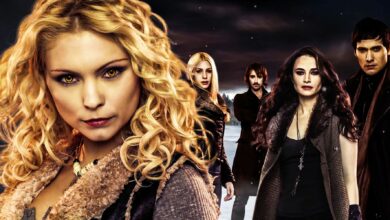 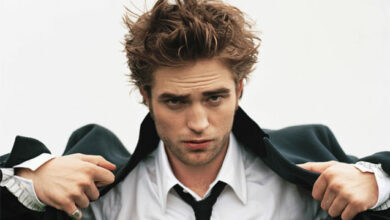 Why Robert Pattinson Was Almost Fired From Twilight 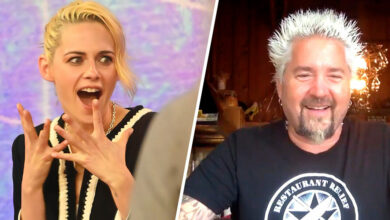 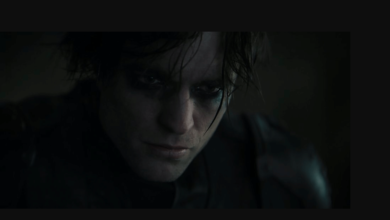