Even though it’s been over 16 years since the original Charmed series was on the air, there’s still a question that pops up about Shannen Doherty. The hit show was very popular and definitely one of my favorites growing up. Though, I think I was a bit too young to be watching it. Oops!

The tale about three sisters who discover they’re the most powerful good witches of all time captivated many. The first three seasons follow the Charmed Ones – Prue, Piper, and Phoebe. Their mother died when they were young and their father left them shortly after to be raised by their grandmother.

Now adults and six months after their grandmother’s passing, Phoebe decides to move back home to live with her sisters. That’s when she comes across the Book of Shadows and unknowingly recites an incantation from the book. And that’s how the Charmed Ones discover their powers. Something Wicca definitely comes their way!

The show ran for a total of eight seasons, but Prue’s character was only in the first three. While the trio of sisters form an unbreakable bond, that, unfortunately, didn’t translate offscreen.

Why did Shannon Doherty leave Charmed?

At the start of the series, oldest sister Prue and youngest sibling Phoebe don’t always see eye to eye. The actors ended up mimicking their characters. Shannen Doherty who played Prue has had a reputation for being difficult to work with. It stemmed from her days on the original 90210 and it also happened once again on the set of Charmed.

That, paired with not getting along with Phoebe actress Alyssa Milano caused what Doherty called drama on set. This lead to her quitting the show and viewers losing a Halliwell sister. After the season 3 finale, the network took a chance on season 4 and decided to add another sister to the mix.

Charmed was lucky that though they lost one of their main characters, it was still able to run successfully without Prue. It’s very rare for that to happen for a series. I remember being really disappointed that we lost that character. Prue was my favorite. Maybe it has something to do with the fact that I’m the oldest in the family with two younger sisters as well!

It must have gotten really bad because Doherty didn’t end up coming back to do any small cameos or even appear as a ghost ever again. They really don’t even show pictures of their sister around the house or even mention her in dialogue in later seasons.

The good news is that it seems like the two ladies have somewhat made up. Alyssa Milano shared with Entertainment Tonight:

I would say we are cordial. You know, I could take responsibility for a lot of our tension that we had. I think a lot of our struggle came from feeling that I was in competition rather than it being that sisterhood that the show was so much about. And I have some guilt about my part in that.

In a surprising play of history repeating itself, the oldest Charmed One in The CW reboot of the show also decided to exit after three seasons. Madeleine Mantock didn’t say why she made this move, but it doesn’t seem like it was due to any on-set issues with the cast and crew.

Charmed’s Macy Leaves the Power of Three for Good 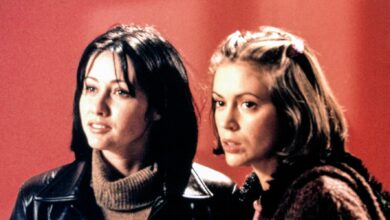 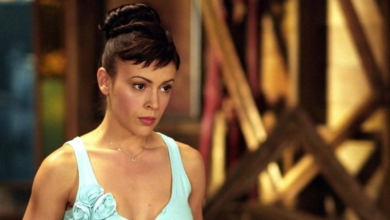 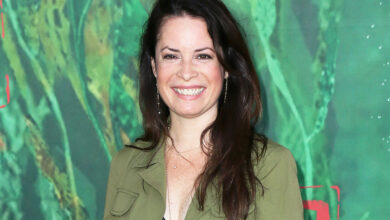