Vampires ordinarily suck life out. But in the case of one damp, depressed, timber town in Washington state, they have breathed life in.

Before “Twilight” author Stephanie Meyer put pen to paper, Forks, Wash., was on the ropes. The local timber industry had collapsed, and no one could predict when it might revive.

Then Meyer picked Forks as the setting for her fist vampire/werewolf novel, and the world–or at least readers of her novels and the movies that they spawned–rushed in. That influx of tourists has worked powerfully to Forks’ advantage

Statistics compiled by Forks’ Chamber of Commerce tell the tale: Tourists visiting the little town numbered a little over 5,000 in 2004. In 2010, at the highest height (so far) of “Twilight” mania, they rose to nearly 73,000. More recently, they’ve been running at around 40,000.

People–mainly adolescent girls, dragging their parents–come from the four corners of the earth to see buildings and sites that figure in Twilight’s fiction, including the Cullen House, where wan, be-fanged heart-throb Edward Cullen roomed, and Forks Outfitters, where heroine Bella Swan once worked (fictionally) in the sporting goods department.

Local businesses in Forks do whatever they can to cater to vampire-besotted visitors. At Forks Outfitters, for instance, the public address system periodically broadcasts announcements referring to Bella, incuding: “Bella Swan to sporting goods, please,” according to the Seattle Times.

“It’s a gift,” Lissy Andros, executive director of Forks’ Chamber of Commerce, tells ABC News, referring to the lift that Twilight tourism has given her town. She says that author Meyer visited the town last September and graciously signed copies of her books. Andros says Meyer patronized Sully’s Burgers, where Twilight fans can buy a “Bella Burger” that comes with a side of fangs.

Here’s more on the Twilight phenom from The Associated Press:

The book was set in Forks by an author who lives in Arizona and, legend has it, had never set rubber boot in Clallam County before writing. Meyer has said she simply Googled “rainiest place in continental United States,” found Forks, and decided it was as good a place as any for vampires, not to mention Native American wolf changelings, to call home.

It goes deeper: Forks didn’t even serve as a set for the cash-cow “Twilight” movies. Save for a couple ocean shots near La Push, the original “Twilight” movie’s exteriors were shot in and around St. Helens, Ore. That high school where Bella and Edward practically jumped out of their pasty skin trying to avoid jumping one another’s bones in biology class? It’s in Kalama, a half-day’s drive away.

Fans couldn’t have cared less, of course: A consumer nerve was struck, and “Twilight” boomed into a multibillion-dollar enterprise. Although the final “Twilight” film was released last winter, most of the hoopla from the book series, launched in 2005, peaked some years ago. Given the nature of modern attention spans, you’d expect it to be mostly history by 2013.

Not so in Forks. To almost everyone’s surprise, the “Twilight” phenomenon spawned an economy of the imaginary that continues to fuel “Twilight’s” faux heartland to this day. Amazingly, the money that has flown into this otherwise-hapless former timber town from its new role as a fantasy tourist destination has barely slowed.

A “Twilight” information sign was slapped on the Forks Visitor Center; a “Twilight” tourist map was distributed, pointing the way to sites that seemed to match places described in the books.

Some of these, like the school and City Hall, were obvious. Others, such as individual homes or a restaurant/resort now located at the imaginary “Treaty Line” between vampires and Quileute Reservation wolf-people, less so. But a casual local consensus was reached, and an industry born.

Since “Twilight” set on Forks, the town’s annual hotel-motel tax receipts have leapt by 75 percent; its sales-tax receipts ballooning at almost the same rate. The “Twilight” theme is everywhere; you can’t eat a pie at Pacific Pizza without being tempted by “Bella-sagna.” A Bella Bundle of firewood goes for 50 cents more than a regular one out on Quillayute Road. The Pacific Inn Motel even offers “Twilight”-themed rooms, with goth-inspired, blood-red-and-black décor, adorned by life-size, framed images of the movie stars. 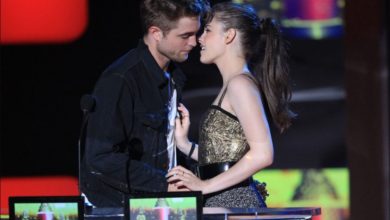 ‘Twilight’: Kristen Stewart Had To Calm Robert Pattinson Down Sometimes; ‘He Hated Me Too…’ 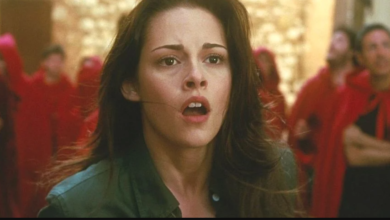