Peaky Blinders is a popular crime drama set in Small Heath, Birmingham during the period in-between World War 1 and World War 2. A global sensation, Peaky Blinders is popular for the performances the cast brings, and for great direction and plots that keep viewers hooked every season.

The show also features quite a lot of music to embellish certain scenes. Across a wide variety of genres, artists such as The White Stripes and PJ Harvey have featured heavily since the show began, but there are surprising tracks featured as well, with Series 5 utilizing music a lot more. Peaky Blinders has some gems in its soundtrack, that enrich the experience that the show offers to its audience, just like polarizing games with great soundtracks.

I Might Be Wrong by Radiohead features in Series 3’s second episode, and it complements the scene well with a mellowed misery that rises to a crescendo and represents the internal struggle of Tommy, his anger flaring up as opponents get dangerously close to beating him.

Radiohead has barely been featured on Peaky Blinders, but fans of both the band and the show will be happy that there was some crossover at least once. In Series 3 they had a couple of other appearances, with Radiohead’s other song You And Whose Army? playing in the debut episode of Series 3.

7 Further On Up The Road – Johnny Cash

Johnny Cash needs no introduction, being one of the most popular musicians of his generation. His booming voice across moody, slow-tempo tracks has been used in many different shows. It’s no surprise that Peaky Blinders wanted to utilize Cash’s songs to embellish their scenes, as his music fits so well with the vibe and tone of the show.

Further On Up The Road plays in Series 4’s second episode when Luca Changretta is being welcomed into Birmingham, a bit like Grand Theft Auto gangster Niko Bellic when he moves to Liberty City. With lyrics on the track such as ‘got on my dead man’s suit’, and ‘my lucky graveyard boots’, it was a perfect song to include, reflecting how Luca Changretta was likely feeling being behind enemy lines.

One of Johnny Cash’s most popular songs, his Danny Boy rendition has been featured on tons of TV shows and films. For Peaky Blinders, this song features in the debut episode of Season 2. Cash’s booming vocals give a moody, ironic feel to the scene it features in.

Tommy Shelby is murdering on behalf of the IRA, and we see him skulking about the steelworks before he takes out his target. Danny Boy is usually played during much more calmer, tragic scenes in other TV shows, so its usage here feels interesting and fresh.

5 Don’t Sit Cause I Moved Your Chair – Arctic Monkeys

Out of all the tracks from Arctic Monkeys that could have featured in Peaky Blinders, Don’t Sit Cause I Moved Your Chair probably wasn’t most people’s first choice. Arctic Monkeys have an extended list of popular singles, and while this song did perform well, it didn’t come anywhere near the heights of songs such as Fake Tales of San Francisco, and Why’d You Only Call Me When You’re High.

This song features in the third episode of Series 3 and is a perfect track to match the tone of the show. It feels much more victorious and upbeat than other songs featured on the show, and its usage signals to the audience that the Peaky Blinders, or specifically Tommy, is about to do something to get ahead of the Russians and bring about a British victory.

4 Out Of The Black – Royal Blood

Royal Blood has not featured much on Peaky Blinders, but the usage of their track Out of the Black is a great choice that completes a surprising and tense scene. Arthur, plagued by memories of the war, uses lots of drugs and drink to cope with it. Kicking his day off with said substances, he is met with a grieving mother pointing a revolver at him.

The type of intense but comedic scene that only Peaky Blinders could pull off, Out of the Black’s bombastic, electrifying track gives an excitable, high-paced feel to the scene that would rival even the best music anime.

3 R U Mine – Arctic Monkeys

R U Mine proved to be one of Arctic Monkeys’ most popular tracks, having been released in 2012. With a slick upbeat track with distinctly British vocals, R U Mine is used well in Peaky Blinders to add to the scene it features in and give it a more electric, jivey feel that could easily double-up as an Olympic opening ceremony track.

It accompanies a montage showing the Shelby family expanding business operations into London, helping to carry what is, relative to the rest of the episodes, a pretty uneventful exposition dump.

Time by Tom Waits is a slow, somber ballad that accompanies a tragic scene in Peaky Blinders. Manipulated and robbed by his estranged father, Arthur breaks down in a back-alley boxing ring, attempting to hang himself. Emotions run high and this song embellishes the tragedy and sadness behind it all; Arthur feels like he’s failed and finally accepts that his father will never be decent.

There are plenty of moments in Peaky Blinders that can make audiences cry, but this scene is one that got a lot of people. It very nearly saw the death of a much-loved main character, but fortunately, the rope snapped. This scene is a great example of using music to convey the story.

Red Right Hand by Nick Cave and the Bad Seeds went by relatively ignored when it was first released in 1994. When Peaky Blinders launched and used it as its theme song, the song blew up, being re-released and being covered by multiple famous music artists, including Snoop Dogg. Some of the covers show up in the show, as kind of a musical Easter Egg.

Red Right Hand has become synonymous with the show in ways that most theme songs dream of, and it’s because of how unique it sounds not just to other theme songs out there, but other grunge songs that dominated the 90s. 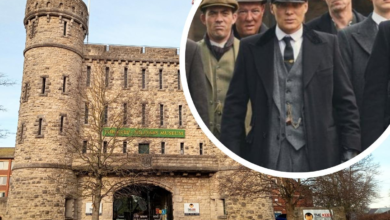 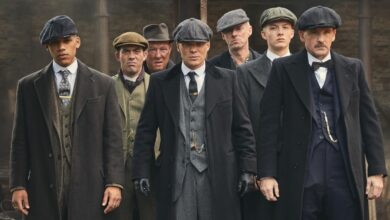 ‘Peaky Blinders’ Season 6 Show Creator Says the ‘Stakes Have Never Been Higher’: Here’s What That Could Mean 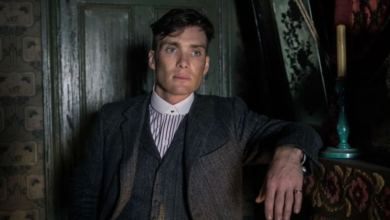 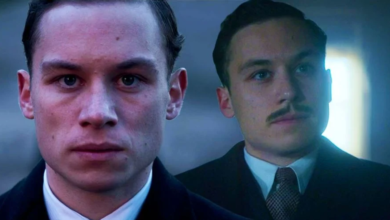