Peaky Blinders is an extremely popular and distinct show. Dealing with a British family (the Shelbys) and their associates, Peaky Blinders offers a window in time to the period sandwiched in-between both World Wars. During the show’s run, many plot lines and mysteries have been set up. With the final season airing in 2022, fans are hoping that these questions will be answered.

There’s a lot to love in this show and as the best drama television moves towards more serialized, intricate-by-design storytelling, fans tend to expect closure for any plotline in a show that is started. If Peaky Blinders’ past series’ are anything to go by, fans should expect lots of answers in the final season.

4 What Happened To Darcy Sabini?

Darcy Sabini was a feared villain during Series 2, making his debut in the first episode by having his gang slice Tommy Shelby’s cheek and brutally beat him. Crazy in a more manic, unpredictable way than Series 1 villain Billy Kimber, fans loved Sabini’s involvement. He was like a stereotypical villain from a Mafia game. After Series 2, the character hasn’t been seen again, but has gone on to be mentioned and indirectly part of the plot multiple times.

During Series 4, the Changretta family arrives in Birmingham after living in New York and set about trying to assassinate the entire Peaky Blinders clan. Darcy is mentioned in Episode 1 as being responsible for helping a trained assassin get into Tommy’s home. In a later episode, Tommy indirectly sends a warning to Sabini that if he continues helping the Italian mob, they’ll end up killing him and all the other UK-based mobsters too. Either having a return from Sabini or at least discovering indirectly what he’s currently up to will be a question a lot of fans would like answered if only because of the impression he left in the audience’s minds following his Series 2 appearances.

Tommy Shelby lives life like he’s in a strategy and simulation game, easily outmaneuvering all of his opponents at all times. However, in the Series 5 finale, Tommy Shelby’s plan to have Oswald Mosley removed fell by the wayside, with the Billy Boys and other unknown forces disposing of Barney, Aberama Gold, and other members of the Peaky clan. While Barney was a guest character who had a tragic backstory, Aberama Gold was one of the main characters, having been introduced in Series 4. The love interest of Polly Gray, fans were shocked at the show’s willingness to have Aberama killed off so quickly and unpredictably.

Aberama’s status in the Peaky Blinders, as well as the fact Tommy’s plan got royally outmaneuvered means that it is likely we will see who killed Aberama and Barney. Fans will be happy to at least know who killed Aberama, and while his assailant’s identity isn’t the biggest burning question for the show, it’s one a lot of fans have jumped to. Aberama’s twist rivaled even the biggest game plot twists out there, and fans are eager for this to be dealt with in the final season.

2 What Will They Do About Polly?

When discussing Peaky Blinders, a meta-question that is on the minds of most fans is how the show is going to deal with the death of Helen McCrory, who played Polly Gray, Tommy Shelby’s aunt, since the show’s inception. Little is known about whether McCrory managed to film any scenes for the upcoming Series 6, and if so whether they can be used as part of a storyline that explains away Polly’s absence. If McCrory had filmed all of her scenes, it’s likely the cast and crew would have made that clear, so fans can assume either no scenes were filmed or only a portion was.

With the death of Aberama Gold in the Series 5 finale, the door is open to explain Polly’s absence away by having her move out of Birmingham off-screen to live in London or elsewhere, and have the characters too busy dealing with multiple threats to go and see her. It’s a sad end to the series considering the gravitas of Polly’s character, but one that is sadly unavoidable. Regardless of the method, the show is certainly going to address Polly’s absence, and it may even tie in with an assassination judging by the trailer.

In Series 5, Tommy discusses having a Black Cat dream with his aunt Polly. Being from a Gypsy background, they associate black cat dreams with an omen that there is a traitor in the ranks somewhere; setting up the question of who is the traitor. When Tommy’s plan fails in the Series 5 finale, he launches into an angry outburst as he questions who amongst him was responsible for revealing the plan to their enemies.

Series 5 tried to make it seem like Michael and Gina Gray were in opposition to Tommy, setting them up as future Big Bads. However, judging by the series’ past form for red herrings, it is likely that these two were innocent in the foiling of the assassination attempt. It would certainly be an underwhelming let-down twist if the Black Cat did turn out to be them. The other option is that they are direct opponents, but they aren’t the Black Cat Tommy dreamt about. Fans online seem to think the Black Cat is Johnny Dogs, which would be sad considering his loyalty has never been questioned even as far back as Series 1. 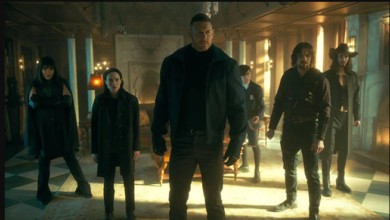 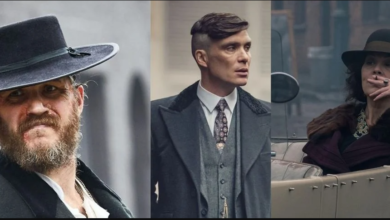 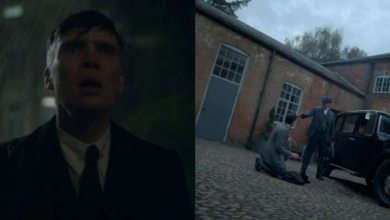 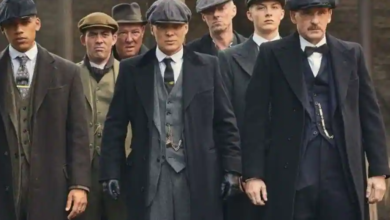 ‘Peaky Blinders’ to conclude after season 6