Peaky Blinders has had five series, with the sixth impending. A global sensation, Peaky Blinders deals with the Shelby family, and how they expand their criminal enterprise from working-class all the way to Parliament through the machinations and schemes of Tommy Shelby. The IRA, Russians, Italian mob, and Americans feature throughout, at different times at war with the Peaky Blinders.

Fans love the consistent performances from the actors, the plotlines, twists and turns, and cinematography. Each Peaky Blinders episode feels like an event. But like with any television show, some episodes are better than others. The best episodes of Peaky Blinders are often the ones filled with lots of double-hander scenes between big characters, with firefight action sprinkled throughout. Just like every season of Dexter, Peaky Blinders’ different seasons feel distinct from one another.

The debut episode of Peaky Blinders‘ second series had a lot to cover. Series 1 ended on an intense cliffhanger, and with the series proving to be a success, the cast and crew knew they’d have to bring their A-game for the second series.

This episode features a two-year time jump after it is revealed that Grace shot Campbell. Not only does Campbell continue to be a villain to the Shelby clan, but Darcy Sabini as well as the IRA begin coming after Tommy. Tommy actually ends the episode being brutally beaten up, which begins the second series with a promise of much more action than what was shown in the first series.

The midway point for Series 2 of Peaky Blinders, this episode ramps up the war between Tommy Shelby and Sabini, leading to the deaths of innocents. This is also the first appearance of May Carleton, a horse trainer whom Tommy meets with Michael while out buying a horse.

This episode is great for its themes of innocents dying due to the sheer proximity of the Peaky Blinders. The mother of the kid Arthur beat to death in the boxing ring confronts him over the manslaughter, leading to an intense scene where she fails to kill him. Arthur seems to be affected by the accidental murder, which manifests in a brutal, severe beating of one of Sabini’s hired assassins at the end of the episode. While he’s protecting Tommy and Michael, he is shown to be a broken man on the brink of insanity, while Sabini is solidified as a villain to be feared.

This episode is probably Tommy’s toughest loss yet. Due to Polly’s drunkenness, Father Hughes learns of the assassination attempt on his life that Tommy is planning, and manages to foil it. The Russian drama is firmly entrenched in, leading to Tommy having to humiliate himself at the Ritz in front of the Russian women. His eventual passing out from his cranial injury is a brutal and uncomfortable scene as it looks like Tommy will actually die.

Cillian Murphy consistently knocks it out of the park with his performance, but this episode shows Tommy at his most vulnerable, most personally in danger. The episode wonderfully balances the threat of the Russians and of Father Hughes, entrenching both villains into the same plotline that brings a world-class level of intricacy to the series.

Episode 2 of Peaky Blinders Series 3 has a lot going on, and by the end of the episode, it proves to be one of the most important episodes to the overall story. John and Arthur begin a feud with the Changretta family, the show’s answer to Grand Theft Auto gangsters, leading to the death of Grace who was wearing a blue sapphire that Tommy is told is cursed. This loss to Tommy is felt all throughout the series afterward, and the direction is stunning.

While the episode could be accused of overindulging in the dramatic death scene, it is packed with tense, compelling scenes between the Russians and Tommy. Father Hughes is also a slimy villain who threatens Tommy’s son’s life, demonstrating his power and connections.

The penultimate episode of Peaky Blinders‘ debut series, this episode sees the return of Arthur Shelby Sr, who had previously run out on the family. What’s interesting is watching the difference in reaction from the Shelby boys to the father. Arthur, as the eldest, is the most receptive to their father’s return, fighting with him for fun in an underground boxing ring and catching up with him after years apart.

When Arthur Shelby Sr runs out again after manipulating Arthur Jr into giving him money, it’s a tragic look into how the character of Arthur wants a father and is not as mentally spry as Tommy. His suicide attempt, while Tom Waits – Time plays in the background, is one of the saddest scenes the show has ever had. The events in this episode certainly paved the way for Arthur’s descent into depraved violence as the series progressed, in which he starts treating people as if he’s in a boxing game.

Series 4’s penultimate episode, The Duel packs more action than most other Peaky Blinders episodes. The Changrettas come to Small Heath to try and assassinate Tommy, who uses the streets and back gardens of civilians to fight the assassins, managing to kill all of them apart from Luca.

The episode also contains twists and turns, with it at first seeming like Polly betrayed Tommy before it is revealed they were bluffing to try and lure Luca into a trap unknowingly. It’s an episode packed with hope, as we see Lizzie discovering she’s pregnant as well as Aberama and Polly sharing a romantic moment.

In the finale of Peaky Blinders’ fifth season, Mr. Jones shows a rare case of Tommy getting it wrong in one of the show’s biggest twists. Playing Oswald Mosley into believing he subscribes to his Fascist views, hear we see an experienced, refined Tommy Shelby who balances the political, famous side of himself with the criminal.

All throughout the episode Tommy questions who the traitor in his camp is, after having recurring Black Cat dreams. He loses it at the end when Barney and Aberama are killed and Tommy’s assassination attempt on Mosley is foiled. There is a great scene with Michael proposing an entire restructuring of the company, to the disgust of Tommy and Polly. Mr. Jones is a gem in an otherwise dull season.

Series 4’s finale of Peaky Blinders sees the clan finally ridding themselves of the Changretta family after spending the entirety of the series narrowly avoiding their assassination attempts. Arthur fakes his death, there’s a boxing match between Bonnie Gold and the Goliath, and a namedrop from Al Capone who it turns out is in business with the Shelby’s.

The episode even has a chilling confrontation between Tommy and Alfie, resulting in Tommy shooting Alfie in the face for betraying him over the years multiple times. In many ways, Series 4 feels like the end of an era and the start of a new one.

The finale of Series 3, Episode 6 sees Tommy defeating both Father Hughes and the Russians with relative ease, having had a plan working from the very beginning. There is a real danger present when Father Hughes has Tommy’s son kidnapped, particularly because of how horrid he’s shown himself to be up until that point, and the chase scene to get Charlie back feels like an emotional rollercoaster.

Peaky Blinders always likes to go big for finales, and Series 3’s end does not disappoint. It caps off a brilliant series in style and ends with a shocking cliffhanger as all of the Shelby family are arrested at their home.

Peaky Blinders’ second series finale still holds up as the best episode of the entire series. Tommy plans for death on a final mission, working with Alfie to get Arthur out of prison and take on Sabini at Epson by stealing the horserace bets.

It is packed with great moments, particularly between Polly and Michael, Polly and Campbell, and Tommy and Campbell. The death of Campbell is gritty, dark, but a great empowering moment for Polly who was raped by him at the start of the season. The end of the episode sees Tommy almost killed by the Ulsters before it is revealed he was saved by a double agent working for Winston Churchill. 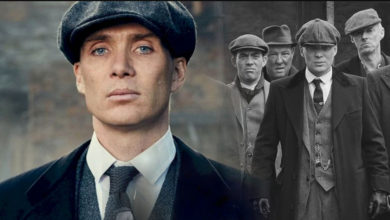 Every ‘Peaky Blinders’ Season, Ranked From Worst To Best 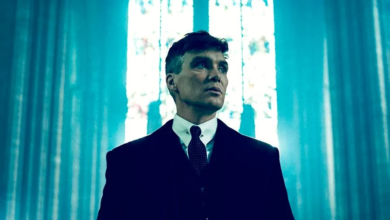 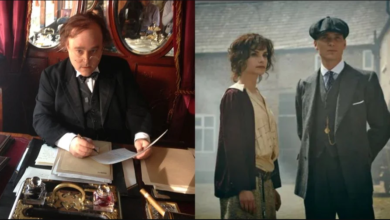