Peaky Blinders became a global sensation in no small part due to the compelling and distinct characters that inhabit the show. The Shelby family are packed with broken men and wise women, with all members of the clan being strong in their own ways. However, the great characters don’t stop there.

There are plenty of great Peaky Blinders characters that aren’t part of the Shelby or Gray family clan. Over the years, some of these characters have had more of a role than others, but all of them have left an impression on the audience in some way. Peaky Blinders is one of the best British crime shows of its generation and is well worth a watch to people who enjoy great characters.

A dear friend to the Shelby family, Johnny Dogs has appeared since the very start of the show, going on to become one of Thomas Shelby’s most trusted men. A gypsy with strong ties to both the Shelby and Lee families, Johnny Dogs has been a constant reliable friendly face in a show filled with backstabbers.

There are theories circulating online that Johnny Dogs is the Black Cat that Tommy dreamt about during Series 5. If that’s true, fans will be disappointed to see the betrayal and will surely see Tommy taking wrath on him for his actions if it turns out he is the traitor. With Johnny having always been depicted as loyal, it’ll be seen as a big twist if he turns out to be the Black Cat.

Appearing during Series 1, Freddie Thorne is an old friend of Tommy and the rest of the Shelby family who actually served with them during World War 1. However, during the time of the series he is at odds with Tommy over their opposing political views. The revelation that he is sleeping with Tommy’s sister Ada adds fire to the feud, with tensions rising to the point of the two trying to kill each other. Freddie was a great character that elevates an average series of Peaky Blinders.

Freddie dies off-screen due to consumption (tuberculosis) before Series 2, in reality, because of the actor wanting to leave the show behind the scenes. Still, a lot of fans were very sad to not be seeing Freddie through the later series, and he had enough of an impact to be seen as one of the best non-Shelby characters in the show.

Appearing only a few times in the series, Winston Churchill saved Tommy’s life through hired help back in the Series 2 finale. While initially an enemy of the Peaky Blinders, being the person that Inspector Campbell directly reported to, by Series 5 he is something of an ally to Tommy.

Churchill was such a powerful figure in real life that even with minimal appearances he has managed to be one of the most compelling non-Shelby characters in the show. With Series 5 of the show delving much more into the political side, it is likely that Churchill will show up again in Series 6 and the following movie.

Darby Sabini was one of the main villains during Series 2. Despite not returning since he has proven to be one of the most memorable non-Shelby characters in the show and a formidable villain. He has indirectly continued to work against the Peaky Blinders, helping the Changretta family get to the Shelby’s, and be given food, shelter, and supplies when they arrived in England to take out the Shelby’s as retaliation.

Sabini was a much more unhinged crime boss than the Series 1 villain Billy Kimber, which instantly added a new dynamic and level of threat not seen before in the show. His gang are depicted as even worse than Red Dead Redemption 2’s most evil gangs. In the Series 2 opener, Sabini goads and taunts Tommy while his goons cut Tommy’s face and beat him up. With Series 6 being the final series, many fans are hoping to see a return from the crime boss.

May was introduced in Series 2 and appeared again during Series 4 before being mentioned again in Series 5. A rich widowed woman, she spots Tommy during an auction and is instantly attracted and interested by him. With her and Tommy both being lonely in their own ways, they begin a fling, which is eventually called off. She is very knowledgeable and passionate about expensive horses and whether they’re worth it, making her useful to Tommy during Series 2.

While May is sometimes portrayed solely by her attraction to Tommy, her snarky interactions with two of Tommy’s other flames (Grace and Lizzie) have proven that her character has an edge to it. She is quite different from Tommy’s other love interests, and a lot of fans are hoping for her to make another appearance before the show is finished.

Luca Changretta was introduced and featured throughout Series 4, before eventually meeting his end via a bullet to the head at the hands of Arthur Shelby. He and his family arrived in Birmingham seeking retaliation for the death of his father and brother at the hands of the Peaky Blinders in Series 3.

A powerful mobster from America, he and his associates are the cause of John Shelby’s death and are one of the most terrifying gangs featured in the show. Unflinching, unwavering, and comedic in his own way, Luca was a traditional ‘crime villain’ compared to the other villains the Shelby clan have had to contend with across the show. Luca has some great interplay with Tommy in several scenes, and he ended up being a memorable villain.

The first main villain of Peaky Blinders, Major Campbell was sent from Belfast to Birmingham to retrieve the stolen guns that had accidentally fallen into the hands of the Shelby’s. Across two series, Campbell used no end of horrible measures to try and break down the Shelby’s into submission, including raping Polly Gray.

Eventually, Campbell met his end in the Series 2 finale at the hands of Polly, not long after hearing that the woman he loved – Grace, had fallen in love with Tommy. While Campbell has spent more time in the show dead than alive his influence has not been forgotten and is still one of the best characters from the show.

Father Hughes was one of the main villains of Series 3 and proved to be one of the sickest of all the villains featured across Peaky Blinders. Working on behalf of the Crown to try and force an assault by Russian communists on British soil, he and Tommy had little respect for each other, even less when it was revealed that Hughes may have molested Michael Gray when he was a child in care.

Despite his holy status as a priest, he was depicted as being unflinchingly evil. He was responsible for Tommy sustaining a severe cranial injury, and even abducted Tommy’s son when tensions reached breaking point between the two towards the end of Series 3.

The latest villain and a very different one compared to the others, Oswald Mosley is another character based on a person from real-life history. The leader of the British Party for Fascism, the show paints Mosley as a Hitler-like politician of class, nobility, and intelligence, he could be a perfect villain for a political video game.

Throughout Series 5, Tommy and he develop political ties, despite Tommy secretly working against him to bring down fascism. Mosley has so far managed to outsmart Tommy at pivotal moments and avoided an assassination attempt in the finale. Mosley is likely to be the main villain for Series 6, and possibly even the movie to end the show.

If there’s any character other than Tommy Shelby that has become synonymous with Peaky Blinders, then it is Alfie Solomons. First introduced in Series 2, Alfie has gone on to appear in every series since. Apparently killed off during the Series 4 finale, it was revealed in Series 5 that he narrowly survived the shot from Tommy, and is now living retired in Margate.

Alfie is full of memorable and hilarious quotes, but underneath it all is unflinching confidence and intelligence that makes him a dangerous adversary and a useful ally. Him and Tommy seem to be on much better terms by Series 5, and it is inevitable that he will show up again in Series 6 likely as a friend to the Shelby family. 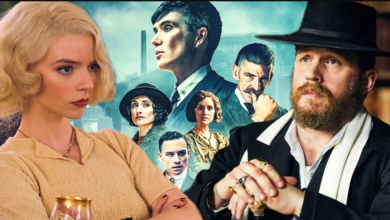 Every Spin-Off Set Up By Peaky Blinders’ Ending

Peaky Blinders: The Main Characters And Their D&D Classes 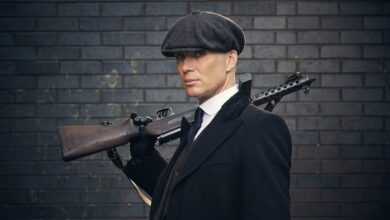 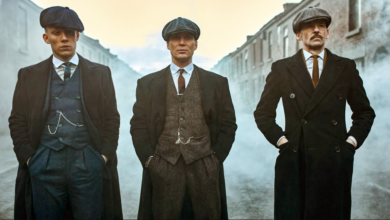