Anthony Hopkins pulled a surprise win at Sunday night’s Academy Awards, picking up the statuette for best actor. The actor, who previously won an Oscar in 1992 for his portrayal of the cannibalistic Hannibal Lecter in The Silence of the Lambs, won for his portrayal of a man dealing with dementia in The Father.

Hopkins was not in attendance at the ceremony, so presenter Joaquin Phoenix, who won the same award in 2020, quickly accepted the award on his behalf. The best-actor category was the last award of the night, capping a highly untraditional Oscar ceremony.

Hopkins won the statuette over Chadwick Boseman (Ma Rainey’s Black Bottom), Riz Ahmed (Sound of Metal), Gary Oldman (Mank), and Steven Yeun (Minari). The 83-year-old actor, who is now reportedly the oldest best-actor winner in Oscar history, was an early front-runner in the category. However, as awards season went on, he was gradually eclipsed by the late Boseman, who began earning acclaim for his swan song portrayal of a doomed cornet player in Netflix’s adaptation of Ma Rainey’s Black Bottom, directed by George C. Wolfe.

Over the course of the season, Boseman posthumously picked up several key statuettes at pit stops along the road to the Oscars, including several critics’ circle awards and the Screen Actors Guild award. His widow, Taylor Simone Ledward, accepted each along the way, delivering heartfelt speeches about Boseman’s talent and grace. “He harnessed the power of letting go and letting God’s love shine through,” she said in January, during his tribute at the Gotham Awards. “May we not let his conviction be in vain.”

Still, Hopkins’s Oscar win was preceded by stellar reviews, as well as wins at the BAFTAs and other awards ceremonies. The elder statesman kept a relatively low profile this awards season, skipping most events and doing fairly little press for his critically acclaimed role—which, according to him, was a fairly easy performance to turn in. “I’m not going to be ultra-modest about this: You have to know how to turn on that electricity,” he said, he told The New York Times last November. “And I know how to switch it on. I’ve been doing it for a long time.”

The legendary actor’s Oscar win also should not be too surprising to longtime awards-season pundits, as he’s long been an Academy favorite. Hopkins has been nominated for six acting statuettes over the years, and now counts two best-actor statuettes among his roster of trophies.

The other acting winners at this year’s ceremony included Frances McDormand (Nomadland), Yuh-Jung Youn (Minari), and Daniel Kaluuya (Judas and the Black Messiah). 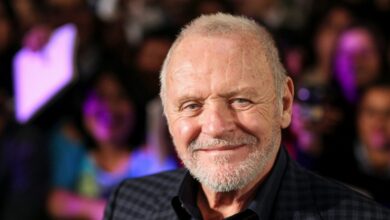 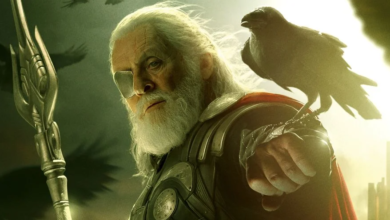 Anthony Hopkins Reacts to His Oscars Standing Ovation With a Joke