Without a doubt there are a handful of successful British actors that have gifted us with their presence and talent, and one of the most famous is the one and only Anthony Hopkins. The veteran actor who has certainly made his mark in Hollywood with a whole range of films to his name.

Hopkins has collected a heap load of nominations and awards throughout his career, and he has no intention on stopping yet. With the actors CV looking very impressive with classic roles such as that of Hannibal Lecter in the 5 time Oscar winning film, The Silence of the Lambs, as well as HBO’s latest series ‘Westworld’ keeping him busy, we are also going to be seeing the Welsh actor in upcoming films such as ‘Thor: Ragnarok’ and ‘Transformers: The Last Knight’. One thing is for sure, is that a man of his calibre deserves recognition, so we’re giving our tribute by providing you some interesting facts about the life and career of Anthony Hopkins.

As we mentioned, Hopkins’ role in ‘The Silence of the Lambs’ is arguably one of his best performances on the big screen. His interpretation of the forensic psychiatrist and serial killer, Hannibal Lecter, was made even better thanks to a number of improvised pieces of magic. For example, when Clarice, the FBI trainee, first meets Lecter, he mocks her southern accent. This was not part of the script and therefore, Jodie Foster’s reaction was genuine. Hopkins also improvised the slurpy hissing noise his character makes when he describes his meal of human liver, fava beans and a glass of Chianti.

2 A man with many titles

A legendary actor does not only receive awards for his performances on the big screen. In some cases, actors can receive awards from outside the world of film. Anthony Hopkins was lucky enough to have the honour of being made a Commander of the Order of the British Empire (CBE) in 1987, and was also knighted at Buckingham Palace in 1993 for his services to arts.

There is no doubt that Hopkins is an actor who gives every ounce of energy he has to until he is satisfied with his role. However, in some cases, this can lead to putting your life at risk in order to give your best performance. Whilst Anthony Hopkins was filming in Canada, for his film ‘The Edge’ (1997), he fell into a river and was immediately rushed to hospital to be treated for hypothermia.

Hopkins was born in 1937 in a suburb of Port Talbot in Wales, so has obviously held a British passport. However, the actor has spent a fair few years in the United States and in the year 2000 he became eligible to become an American citizen. The actor effectively renounced his British passport in a quiet ceremony in Los Angeles, with celebrities such as John Travolta and Steven Spielberg in attendance.

5 Dyslexic but an excellent memory

Hopkins, despite being dyslexic, has an excellent memory and memorises his lines perfectly. The actor is known for being very conscientious, in fact he reads each script 250 times out loud before filming even starts. Furthermore, to keep his memory and brain ticking over, he memorises a new poem every week.

The Welsh born actor has had a colourful career full of top quality roles, however to have such a select set of films under your belt whilst being in such high demand, you have to reject a few offers every once in a while. Hopkins has rejected roles in films such as ‘Batman Begins’, ‘Superman Returns’ and ‘Charlie and the Chocolate Factory’. 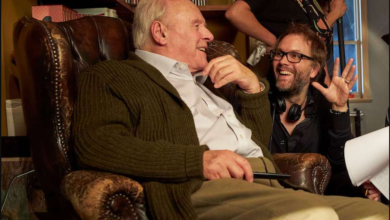 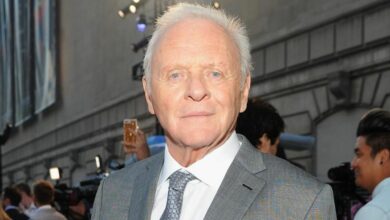 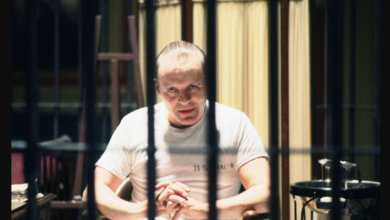 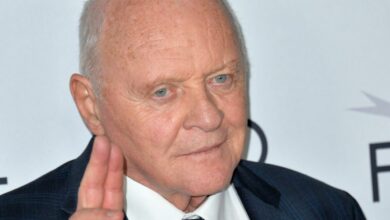