Violence and gorgeous motorcycles aside, good character development is another reason why Sons Of Anarchy’s legacy remains intact. Each of the main characters in the FX series had a lot going for them. The unpredictability made for addictive viewing. It was almost impossible to know what the fate of each character would be.

Throughout the seven seasons, a total of 399 characters ended up dead. The main characters made up a decent fraction of these statistics. However, there are characters who ended up alive too.  Here is a ranking of the main character endings from the least desirable to the most fascinating.

Unser’s ending wasn’t so pleasant. After devoting his whole life to helping the club, he got killed by a club member (Jax). And after being in love with Gemma throughout the run of the series, he died trying to protect her, without ever having had the chance to be in a relationship with her.

When Unser learned that Jax knew about Gemma’s involvement in Tara’s death, he drove to her dad’s house to arrest her in order to protect her. Jax arrived shortly after and ordered Wayne to leave. Wayne refused, claiming Gemma was all he had left.”  Jax didn’t care. Without hesitation, Jax shot him dead before killing Gemma too.

9Bobby Gets Tortured By August Marks

Bobby didn’t deserve all the torture suffered at the hands of August Marks before his death. Early in the seventh season, Bobby was kidnapped and tortured by Marks’ crew in order to coerce the Sons into giving the location of the preacher’s body.

They even gouged his right eye out and cut off the fingers of his left hand. It all felt a bit too extreme, given that Bobby hadn’t really committed grievous offenses throughout the series. Such kind of punishment should have fitted to a ruthless character such as Tig. Sadly, August went all the way and shot Bobby in the head during the negotiations with Jax.

Opie’s demise was an example of surviving great hurdles only to be taken down by a minor one. In the first season, he survived what would have been an accidental death after Agent Stahl set him up to look like a rat. He switched cars with his wife Donna and thus Tig killed her, thinking it was Opie.

He soon found love again, only for fate to throw him a curveball. He was incarcerated and while behind bars, he was beaten to death by Damon Pope’s men. Worse still, his family was shown to really struggle financially after he died. Given how nice he was for a gangster, he probably deserved better.

June Stahl ending was a classic case of getting what you deserve. Opie killed her in almost the exact manner that his wife Donna was killed. It was her dirty schemes that led to Donna’s death after all. Stahl had killed a lot of other people too, including one of her lovers.

Her last major scheme involved her trying to frame Jax, but SAMCRO knew of the entire plan. Opie finally had her in a corner. He sat in the back of the car and pointed a gun at her head. She pretended to break down and begged for forgiveness but Opie wasn’t having it. He executed her using a MAC10.

Ethan Zobelle was an amazing villain due to his ability to always remain calm no matter how tense the situation was. He preferred using other people to do the dirty work rather than get his own hands dirty. In the early seasons, he caused plenty of trauma to SAMCRO, including orchestrating the Gemma’s rape.

But in some of the greatest fictional tales, the antagonist gets ways and that’s exactly what happened with Ethan Zobelle. Viewers would have had no problem seeing him pay for his crimes, but instead, he fled the country and never came back. The Sons had him in a corner at the store, but luckily for him, Jax got a last-minute call informing him about Abel’s kidnapping.

Given that Katey Sagal—the actress who portrayed Gemma—is the wife of series creator Kurt Sutter, there must have been a lengthy discussion at home on how a character should be killed off. Luckily, they came up with the best way possible.

After lying to Jax that the Chinese killed Tara, Gemma eventually paid the price. What made Gemma’s ending great was that the chain of events was brought about by the person she loved the most—Abel. Gemma adored her grandson, but she became sloppy and Abel overheard her saying that she killed Tara. Abel eventually told Jax, leaving with no other choice than to kill his evil mum.

4Wendy Ends Up With The Kids

Given all she’d been through, Wendy deserved to end up happy. At the start of the series she was a junkie, and her habits caused her son Abel to be born with a health condition. However, after many failed attempts, she recovered and turned her life around.

She had fought so hard to be close to Abel, and that finally happened when Jax told the young lad that Wendy was indeed his biological mother. Jax then made sure he left enough money for Wendy and arranged for her to live with Nero at his uncle’s place. She would have loved to live happily ever after with Jax but at least she survived in a town where everyone was dying.

One of the things that made Sons Of Anarchy such a great show was that none of the characters had a storybook ending. In the normal world, Clay should have gotten a decent sendoff despite his sins. He was one of the founding members of SAMCRO after all, and he had served as the President for many years.

Clay only found out in the last minute that the club had voted to kill him due to his past sins. As he stared out the window at Gemma one last time, Jax then shot him in the throat as a stunned Gemma looked on. Clay was then buried in Stockton Prison, and the only person who attended was Unser.

Tara’s death was monumental because it was shocking and unexpected. In a world of outlaws, she was the only one who had a decent education and a decent job. It would have made sense for her to be the last character standing when the series ended.

But fate had other plans in the sixth season, when Jax made a deal to turn himself in and get Tara and his sons out of Charming. Gemma ended up believing that Tara was ratting on the club, so she killed her. This was sad, considering how Jax advised Tara to leave Charming early on in the third season, telling her she didn’t belong there, but Tara chose to stay because of love.

1Jax Teller Rides Towards A Truck

If you live by the sword, you die by the sword, and this applied to the hero Jax Teller too. At the end of the series, SAMCRO members finally voted for Jax to “Meet Mr. Mayhem” due to his action of killing the President of another charter. Rather than allow himself to be killed, he took his fate in his own hands.

Jax made sure that Wendy and the kids were safe under Nero’s care. After the cops put an APB on him, he resisted an order to surrender and sped off on his bike. Events culminated in an epic final scene where Jax was chased by dozens of police cars before voluntarily crashing into an oncoming truck, not unlike his father’s own death. 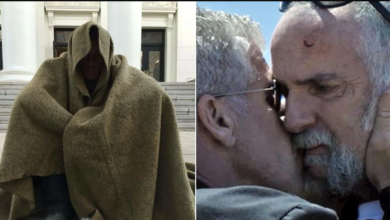 Sons Of Anarchy: 10 Times Someone Was Killed In Broad Daylight 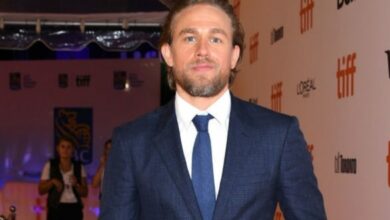 ‘Sons of Anarchy’ Alum Charlie Hunnam Admits to Being a ‘Hoarder’ 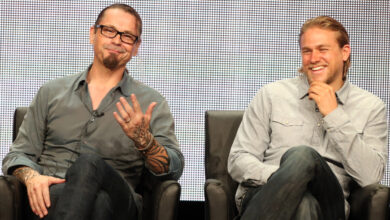 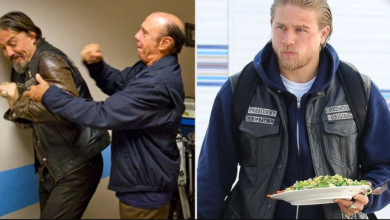