The Peaky Blinders finale last month was a success among the fans and now the anticipation for the movie is running high. The story of Thomas Shelby is far from over, as is evident from the series finale, and it is expected to continue in the Peaky Blinders movie, as confirmed by Steven Knight, the creator.

Throughout the 6 seasons, the BBC crime drama lost numerous characters. After the show came to an end, it is natural to ponder over the deaths of many of the fan-favorite characters. As it turns out, there are a lot fewer characters from season 1 of the show that stayed alive until the end.

The last season was leading up to Thomas Shelby’s death. However, in a shocking twist, he didn’t die and it looks like he will not die anytime soon. Thomas is the leader of Peaky Blinders, a criminal gang in Birmingham, who also fought in the war. Thus, he has looked death in the eye and won it over countless times in his life.

Even in the series finale, he defeated death twice. First, when Michael had a grand plan of killing him, he not only saved himself but killed Michael. Then, the second time, he thought he was going to die from a disease called tuberculoma, which turned out to be a hoax set up by Moseley and his new wife. Thomas has doomed his family and many of his family members have been killed by his enemies, even his wife, Grace. However, it seems to be almost impossible to kill him.

Ada Thorne is also a survivor and even though all her lovers end up dead, she is still well and alive in the series. Her husband, Freddie Thorne died in the season 1 finale. She loved him a lot but still, she created a good life for herself and her kid with the help of Thomas. Again in season 5, she had a lover in Colonel Ben Younger, who was also killed by Tommy’s enemies.

The final season showed how much of a Shelby she truly is, even though her last name is not Shelby anymore and she knows how to survive. She is a single mother in 1920s England, raising a black kid, which demonstrates her resilience and explains why she is still alive. This strength of hers is proof that she can be the perfect replacement for Tommy Shelby.

Johnny Dogs has been with the Shelbys since season 1 and he is still seen with them in the final season after all these years. He works for them and is one of the most loyal men the Shelbys have. Johnny is also close with the Lee family and he helped the Shelby family and Lee family get past their differences by marrying John and Esme.

He appeared numerous times in the final season and even helped Thomas in spoiling Michael’s plan of killing Thomas by moving the bomb into another car. He has become like a member of the Shelby family and, surprisingly, he is still alive, considering he is so closely involved in Tommy’s illegal affairs.

Curly is probably the most innocent character in the series filled with backstabbing and violent people. However, he is one of the most loved characters in the fandom and maybe that is the reason that the showrunners couldn’t dare to kill the only sweet character.

According to the fans, Curly is one of the best characters in Peaky Blinders because of his innocence. He is alive and well and he is even praised by Thomas in the last season when he introduces his son, the Duke, to his business.

Finn Shelby is the youngest Shelby sibling but he is nothing like his siblings. He is impressionable and more of a spoiled brat. This is why Thomas hardly ever involves him in important business or personal matters.

He was a kid in season 1 and was protected by his family. The same has continued through the seasons as he always has the protection of the Shelby family. He brought Billy to the Shelby gang, who turned out to be an IRA informant and for this, Tommy cuts him off. So, he is still alive but is not a Peaky Blinder anymore.

Arthur Shelby is the eldest Shelby sibling and he has had an interesting character arc in the show. Arthur has gone through many highs and lows and he is a gray character. He has done some extremely bad things, but also he is facing several issues with mental health and substance abuse, which makes audiences sympathize with him.

Arthur is still alive at the end of the series and a lot of credit for that goes to Thomas. Tommy is always looking out for him and doing anything he can to save Arthur.

Jeremiah fought with Thomas Shelby in World War I. Due to this, he is a good friend of Tommy and the Peaky Blinders from season 1. He is a street preacher and he even helped Blinders in the fight against Billy Kimber in the season 1 finale, the best episode of the season.

Jeremiah has been a recurring character ever since and he is still alive at the show’s end.

Before marrying John Shelby, Esme came from the Lee family, who are Romani gypsies. The Lee family had a beef with the Shelbys, which was resolved with her marriage with John. She is one of the strongest female characters. Her husband died in the season 4 premiere, which was one of the hardest scenes to watch in Peaky Blinders, but she survived and she currently lives with her maiden family.

Esme had a big role in season 6 as Tommy turned to her when he needed to save her daughter, Ruby. He couldn’t save her but Esme introduced her to his long-lost son, the Duke.

Charlie Strong, better known as Uncle Charlie in the show, is a recurring supporting character who has also survived from season 1 to the final season. He is not the biological uncle of the Shelbys, but they still respect him as one and call him Uncle. He has helped Tommy’s business rise from what it was in season 1.

Thomas has relied on him more than his siblings because of his sound knowledge of horses and logistics and Tommy trusts him. Now he takes care of the horses for Shelby Company Limited and is still alive.

Lizzie also has one of the most interesting character arcs in the show. She is an incredibly strong woman and has faced a fair share of adversities in her life but she is still alive. In season 1, she was a prostitute who wanted a better life. Thomas was her regular customer and eventually, he offered her a job as his secretary.

Lizzie proved to be great at her job and later on, she became pregnant with Tommy’s child after which he married her. In the final season, once she realizes she doesn’t deserve to put up with Thomas’ infidelity, she leaves him, which is such a power move in that era. It should also be noted that she is such a good mother to her stepson, Charlie, that he would rather live with her than his father, Thomas. 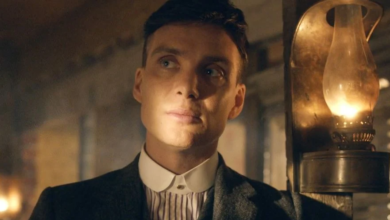 Where Is Peaky Blinders Filmed? Filming Locations & Why It’s Not Birmingham 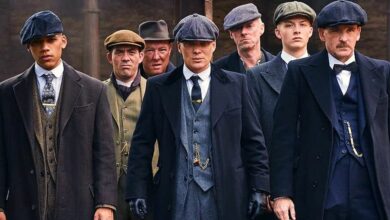 Everything We Know About The Final Season Of ‘Peaky Blinders’ 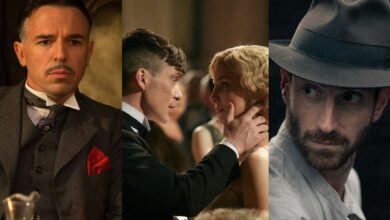 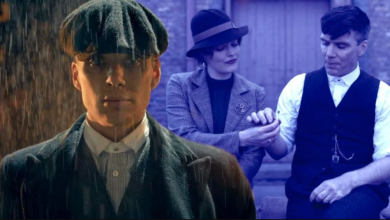