The final instalment of Peaky Blinders aired earlier this year and whilst fans were sad to see it end, it was every bit as brilliant as the early seasons. Throughout the series, Thomas Shelby took the lead in his family, with his brothers in tow, but the female relations have continually been portrayed to be every bit as strong and powerful as the men and Ada has been no exception.

Too many shows have perhaps written the female characters as being weaker than their male counterparts, simply trying to follow in their footsteps. But the Shelby women have held their own as forces to be reckoned with. Ada is no stranger to standing up for herself and season 6 only added to her plethora of badass quotes.

“If There’s A [Person] In There Called Johnny Dogs, Can You Tell Him To Come And Round Up His F****** Kids? It’s Christmas. Time For Family.”

As with most of the Shelby’s, Ada has little time for doing things she doesn’t want to do and will quickly tell someone if she needs something to happen (as proven by her quote). The final season of Peaky Blinders was full of twists and turns, but it didn’t avoid the typical Shelby grit that fans love.

After looking after Johnny Dogs’ children, she finds herself at the end of her tether and seeks out Johnny to come and pick them up. People that are a little more reserved would probably just put up with child-minding a little longer, but Ada knows she’s had enough and allows her badass side to tell people exactly how it is.

Arthur’s drinking and substance misuse got the better of him as his addiction began to take control of his life as there seemed to be no event which he would stay sober for. After planning to dress as Santa for the children of the family, he yet again found himself under the influence, which Ada had to deal with.

Upon finding her brother, he isn’t able to hold a coherent conversation, to which Ada slaps him and delivers her quote. It’s a badass move because even though Arthur is a frightening presence to most, Ada is not afraid to step up and confront him. She acknowledges that she can’t replace Polly, but being his sister means he needs to listen and she’ll do whatever it takes to support him (and get better again).

“His Brother, Thomas Shelby, Says Don’t Serve Him Opium Ever Again, Or Someone Will Write Arthur Shelby’s Name On Your Chest With A Bayonet.”

There are a number of best quotes from the final season of Peaky Blinders, and Ada had her fair share. Not only is she more than willing to stand up for herself, but she’s also very capable of fearlessly carrying out the dirty work of her brothers (even if that means passing on threatening messages).

After Arthur winds up in danger because of drugs, Ada tells his dealers exactly what will happen to them should this occur again. She didn’t mince her words, nor did she look afraid to boldly explain Tommy’s standpoint on the matter. She is a badass woman that gets the job done.

“I Have Children Tommy. You Have To Carry This Bucket On Your Own.”

Ada questions what happened to Tommy, reminiscing about when they were young children carrying a bucket of alcohol for their father together. Tommy’s life has changed dramatically from when he was young and even through the televised chapters of his gangster life.

Ada understands her position in the Shelby family which she won’t shy away from, but she also knows that having children meant she had to shift her commitment from her siblings a little. Referring back to the bucket they used to carry, she tells Tommy that it’s time for him to carry it alone. This quote proves that not only does Ada present a badass front in an almost combative sense, but she isn’t afraid to tell her brother when she needs to focus on something other than the family business. Her role as a mother is just as important.

“Please Remember That In This Moment, In This Room, It Is The Shelby Family That Holds The Power.”

There’s no denying that just hearing the name Shelby would be enough to make anyone recoil or quickly walk the other way. They make their presence known and leave a daunting chill when they’re not around.

Ada has benefited from the Shelby name by others knowing she is part of the family that shouldn’t be messed with. When in a room with Mosley and Diana, she reiterates that the power is still very much with her family, even though she is outnumbered. It’s a confident move and the whole scene proved Ada’s unwavering strength, which frequently puts her above any enemy she may encounter. Mosley and Diana may be highly unpleasant characters, but Ada doesn’t lose her cool.

“Until Mr. Shelby Comes Down Off His Mountain, I’m In Charge.”

It’s quite clear that Tommy is at the forefront of the family’s dealings and leads their business. Those that work for him know to follow his orders with precision, for fear of what the consequences may be.

When Ada confidently strides into their workplace, employees are hesitant in complying with any demands she delivers, but she then drops in a calm but clear reminder of who’s in charge. Whilst Tommy may often be the one to set the rules, Ada is not afraid to take over when necessary and make sure everyone knows it. This is just another reason Ada is the perfect replacement for Tommy Shelby.

Keeping Others In Check

Whilst season 6 of Peaky Blinders provided many answers to major questions, it also simply reiterated the family’s strength. Even though everyone who works with the Shelbys know of their ruthlessness, there are some that still try to test the waters in an attempt to see how far they can push the boundaries.

After Isiah playfully comments on Ada’s perfume and asks where it’s from, Ada ignores his question until he oversteps the mark. Her response puts him right back in his place without missing a beat. She could have given in to his overly familiar conversation but like the badass she is, Ada knocked him down again.

“Well I’m Very Glad I Dragged Myself Out Of Bed For This.”

It should probably come as no surprise that the very serious Shelby family are no strangers to deadpan wit or sarcasm, especially Ada.

After Tommy calls a family meeting, he introduces Finn’s new wife, Mary, to the family, which is the cue for Ada’s line. If her facial expressions weren’t already clear enough to reveal how unimpressed she was, then her badass words certainly were. Once again, she sees no reason to hide what she feels, no matter who may feel uncomfortable with it. It could have also been a little embarrassing for Tommy, as it belittles his meeting arrangement. 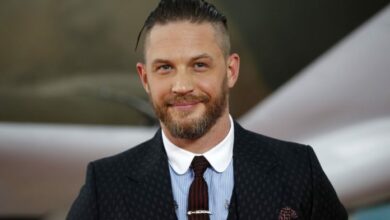 What Is ‘Inception’ Star Tom Hardy’s Net Worth 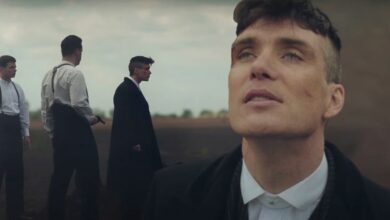 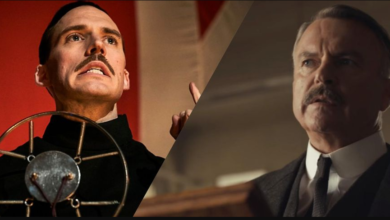