Twilight star Kellan Lutz revealed that he almost exited the series ahead of the shoot for Breaking Dawn – Part 1. The Twilight saga, which was based on the bestselling young adult vampire romance novels of the same name by Stephenie Meyer, premiered in 2008 and ran for a total of five films. The series followed the blossoming love between teen outcast Bella Swan (Kristen Stewart) and the 108-year-old vampire Edward Cullen (Robert Pattinson). Although there are only five Twilight books, the final entry, titled Breaking Dawn, was ultimately split into two feature-length films, an approach originated by Harry Potter and the Deathly Hallows and later repeated by The Hunger Games: Mockingjay.

Twilight made instant stars out of the young cast members bringing the book to life, especially the love triangle of romantic leads Taylor Lautner, Pattinson, and Stewart. However, it also had the same effect on the actors playing the extended Cullen family: Nikki Reed, Ashley Greene, Jackson Rathbone, and Lutz. Lutz played Emmett Cullen, the handsome and muscular meathead whose vampiric power was super strength.

Lutz appeared on a recent episode of the podcast The Twilight Effect, which is hosted by Greene (who played his on-screen sister, Alice Cullen) and Twilight superfan Melanie Howe. During the interview, they had a candid discussion about the challenges of filming the Twilight Saga, which included lonely hours of sitting and waiting in the trailer in full vampire makeup. Lutz, who has an especially active personality, found it to be “crushing” and “almost didn’t do the Breaking Dawn” because the long wait times had diminished his “passion, the twinkle in my eye…” Read his full quote below:

“I was just happy to be there, especially in Twilight. Obviously, as the other movies progressed and we just had to wait around, I almost didn’t do the Breaking Dawn movies because I was like ‘Guys, mentally I need to be doing something’ and it was draining. I only have one life and if I only live to be thirty, I just spent a couple months [waiting on set]. My agent was like ‘But all the money you’re making?’ and I’m like, you can’t take it with you. I really don’t care about the money. I’ve worked enough. I am grateful we did the movies, but it got to the point where my passion, the twinkle in my eye wasn’t there anymore and that’s concerning when you fall out of love with what you do.”

Earlier in the interview, Lutz had explained how the project he had been working on directly before he was cast in Twilight was the TV miniseries Generation Kill. That project starred Alexander Skarsgård, James Ransone, and Lee Tergesen and followed a Rolling Stone reporter on the front lines of Bagdhad in 2003. In complete contrast to the actor’s experience filming Twilight, during that shoot, Lutz and the rest of the cast spent months in South Africa, splitting their time between a very active and action-packed shooting schedule and being a rowdy group of young men out and about in a foreign country.

It makes sense that going from that level of energy to the more low-impact Twilight would be jarring. This would be especially tough given the fact that Emmett is a minor character who doesn’t have much to do from movie to movie, unlike the franchise leads. While fans of the Twilight series would certainly have rebelled against Lutz being recast (he also admits the fans are the main reason he stuck with it), it makes sense why the actor might have had doubts going into his fifth year in the same situation. Luckily, Lutz stuck around to wrap up the Twilight saga regardless, and saw out his beloved character’s arc. 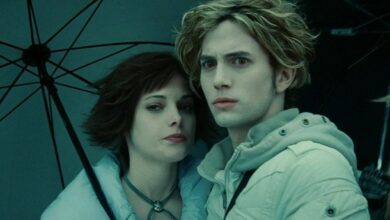 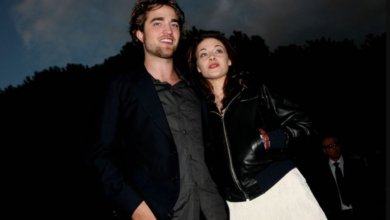 ‘Twilight’: Those Fast Vampire Running in the Movies Are Hilarious 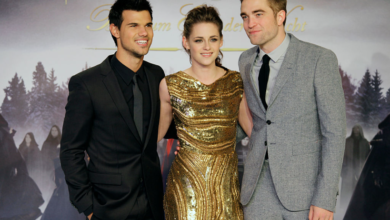