Over the past few years, Priyanka Chopra Jonas has established herself as an A-list star in Hollywood.

Following the premiere of ABC drama “Quantico” in 2015, she got a lot of attention for becoming the first South Asian actress to lead an American series.

When the show first premiered, most Americans had no clue that she was already a big deal in India. Not only did Chopra Jonas place at the Miss India pageant, but she went on to win Miss World. She then had a successful career as a film actress in Bollywood.

In addition to playing Alex Parrish on “Quantico” until the show’s cancellation in 2018, Chopra Jonas is involved in issues like education, hunger, and equal rights for women.

The actress has been named in Time’s 100 Most Influential People issue alongside the likes of Mark Zuckerberg and Leonardo DiCaprio, was one of the lucky celebrities in attendance at Prince Harry and Meghan Markle’s wedding, and tied the knot with Nick Jonas at Umaid Bhawan Palace in Jodhpur, Rajasthan, India in 2018.

Here’s the fabulous life and rise to fame of Priyanka Chopra Jonas.

Priyanka Chopra Jonas’ parents were doctors in the Indian army, so the family moved often.

Chopra Jonas even attended the 10th grade in Boston, where she said she was bullied.

“It broke my spirit,” she told Glamour. “It made me question who I was. Why was it so uncool being Indian?”

She then moved back to India and her mother recalled Chopra Jonas transforming from a “carefree tomboy” into a “gorgeous female.” According to Vogue, the change in appearance led Chopra Jonas to attract boys, so her father put bars on the windows of the home.

“The house looked like a fortress,” her mom said.

Originally, Chopra Jonas wanted to be an engineer.

Before winning pageants, she considered being an aeronautical engineer for NASA.

In 2003, Chopra Jonas made her first Bollywood movie, “The Hero: Love Story of a Spy.”

Chopra Jonas has starred in more than 50 Indian films, taking on the roles of a model, a boxer, and an autistic teenager.

In 2008’s “Fashion,” Chopra Jonas played a model and received backlash from the media, which accused her of trying to lose weight for the part.

She said that she actually had to gain weight and then lose it as the film progressed. Since then, Chopra Jonas has been an advocate for positive body image, telling InStyle, “I believe in a woman having curves.”

She began writing an opinion column, “The Priyanka Chopra Column,” for the Hindustan Times in 2009.

She wrote several controversial columns regarding women’s lives and safety in the country. She also writes a column for Elle called “Pret-a-Priyanka.”

For a while, she was dating Bollywood star Shahid Kapoor, but they broke up in 2011.

Speaking to Marie Claire in 2017, Chopra Jonas spoke candidly about her personal life and romance.

“I’m not someone who looks for love,” she said. “I don’t believe in making it happen. My life has been shaped by so many serendipitous moments so far, I feel like, ‘Why screw with a good thing?'”

Chopra Jonas’ mother entered her in the Miss India pageant. She actually placed second, but went on to Miss World and won.

News of her taking over hosting duties was revealed in March 2010.

She was appointed India’s official UNICEF Goodwill Ambassador for child rights in 2010.

In 2017, she went to Zimbabwe to speak with child survivors of sexual violence.

Before “Quantico,” Chopra Jonas may have been best known to Americans for her song “In My City,” which featured artist will.i.am.

It was the theme song for “Thursday Night Football” in 2013.

“I am an actor so it did make sense to have representation in terms of movies or entertainment in any way,” Chopra Jonas told The Hollywood Reporter. “Everybody on my team thought that it made sense to be covered on the movie front as well. CAA was excited to come on board so we went with them.”

One of her more notable American movie roles was voicing an airplane in the 2013 Disney animated movie “Planes.”

She voiced the character Ishani, and the cast included stars like Val Kilmer, Julia Louis-Dreyfus, and Brad Garrett.

In March 2015, it was revealed that Chopra Jonas landed the lead role in ABC’s “Quantico,” playing an FBI agent in training who finds herself in the middle of a terrorist attack in New York City.

To prepare for her “Quantico” role and make sure that she played the role of an agent realistically, she worked with actual FBI agents.

In 2016, she received the People’s Choice Award for favorite actress in a new TV Series for her role on “Quantico.”

She was the first South Asian actress to win a PCA.

That evening, Chopra Jonas and Tom Hiddleston presented the award for best director for a limited series, movie, or special.

Chopra Jonas has a tattoo on her wrist that reads “Daddy’s lil girl” in her father’s handwriting.

Since losing her father to cancer in 2013, Chopra Jonas has often opened up about her dad and his influence.

“My father always told me, ‘You should not want to fit into someone else’s glass slipper. You should shatter the glass ceiling,'” she told Glamour.

Chopra Jonas has been chosen as the face of many brands, including Pepsi, Nokia, Garnier, Nestlé, and Guess.

She also became an ambassador for Pantene in 2016 and starred in their “Strong Is Beautiful” campaign.

As an established star on “Quantico,” she won the award for favorite dramatic TV actress.

Chopra Jonas stunned at the 2017 Met Gala, with Nick Jonas by her side.

She wore a custom Ralph Lauren dress. People wondered if Chopra Jonas and Jonas were dating, but they were just friends at that point.

She appeared as villain Victoria Leeds in the 2017 “Baywatch” reboot movie.

“I loved ‘Baywatch’ so much growing up,” Chopra Jonas told Marie Claire. “It was the quintessential American Dream. All those beautiful people in bathing suits, running slo-mo on the beach in Malibu — amazing!”

She started The Priyanka Chopra Foundation for Health and Education, which currently covers educational and medical expenses for children in India.

“I can’t eradicate poverty, but at least for the people around me, I can help make sure no child is denied a dream,” she said in an interview with Glamour.

She is a spokeswoman for the UN’s Girl Up campaign and an ambassador for Girl Rising, the global campaign for female education.

“I am joining Girl Up because I firmly believe in the campaign’s mission, that every girl, no matter where she is born, should grow up safe, healthy and empowered,” she said. “Every girl should have the opportunity to reach her full potential.”

Chopra Jonas is a huge fan of Instagram, on which she has more than 54 million followers.

Chopra Jonas went to Ireland to film the latest season of “Quantico” — which premiered on ABC on April 26, 2018. The show was canceled after three seasons.

During an appearance on NBC’s ‘Tonight Show Starring Jimmy Fallon” Chopra Jonas explained how she became good friends with Markle and landed a coveted invite to the royal wedding.

According to Chopra Jonas, they met three or four years prior at an ELLE event and clicked right away. Since they both ended up in Canada filming shows, “Quantico” and Markle’s “Suits,” they would meet up and chat.

“I’m just really happy for a friend of mine,” she said.

Chopra Jonas and Jonas started dating in May 2018.

They started texting each other in September 2016 and met in real life in February 2017 at a Vanity Fair Oscars party, where Jonas recalled being so taken aback by her that he actually got down on one knee and said: “‘You’re real. Where have you been all my life?”

They attended the 2017 Met Gala together, but Chopra and Jonas’ busy schedules meant that they didn’t see each other again until the 2018 Met Gala. That’s when their relationship really took off and after three dates, Jonas realized that he wanted to marry her.

They got engaged in July 2018, but didn’t confirm it until August.

Jonas told Vogue that he popped the question in Crete, Greece while celebrating her 36th birthday. The singer also said that Chopra Jonas was speechless and stayed silent for about 45 seconds before responding to his proposal.

Their families then met up in India to celebrate the engagement and share the news with fans.

Chopra Jonas also had an extravagant bridal shower, plus a bachelorette party in Europe.

The couple got married at Umaid Bhawan Palace in Jodhpur, Rajasthan, India.

The lavish palace has a five-star hotel and museum, and 347 rooms.

They had two ceremonies there, a traditional Indian ceremony and a Christian service led by Jonas’ father.

For the Western ceremony, the actress wore a custom-made Ralph Lauren gown that included a high-neck, floral and scroll motifs, and a 75-foot-long veil.

In the inner lapel of Jonas’ tuxedo, he wore a small piece of Chopra Jonas’ lace wedding dress embroidered with the Urdu words “My Jaan,” which translates to “My Life,” as reported by People.

At the Hindu ceremony, Chopra Jonas wore a red outfit that took 110 embroiderers a total of 3,720 hours to make.

The video, which was filmed at Hatfield House in England, also included “J-sisters” Sophie Turner (who’s now married to Joe Jonas) and Danielle Jonas (who’s been married to Kevin Jonas since 2009).

She starred in the rom-com “Isn’t It Romantic” with Rebel Wilson, Liam Hemsworth, and Adam Devine.

Chopra Jonas acted and co-produced “The Sky Is Pink” under Purple Pebble Pictures, the production company that she co-founded with mother Madhu Chopra in 2015.

Chopra Jonas appeared in another Jonas Brothers music video in 2020.

The band’s music video for “What a Man Gotta Do” was inspired by three classic movies: “Grease,” “Risky Business,” and “Say Anything,” all of which featured iconic musical moments.

Chopra Jonas will open up more about her life in an upcoming memoir.

“It’s called ‘Unfinished’ because there’s so much I want to do with my life, and because I haven’t written it yet,” Chopra Jonas said on “The Tonight Show Starring Jimmy Fallon” in February 2019.

She added: “I’ve always been a super private person in my life. I’ve never really discussed my personal side of things, my feelings through my career. And I think getting married and in the last two or three years, I found my feet a lot more as a woman, as a person, I’m not so insecure. I felt like this was the right time to delve into things before I change my mind and go back into my shell again.”

The actress has even more projects in the works.

Chopra Jonas signed a two-year TV deal with Amazon Studios and will be working them for two series: a reality TV show called “Sangeet” that she and Jonas are co-producing and an action show called “Citadel” with “Game of Thrones” alum Richard Madden.” 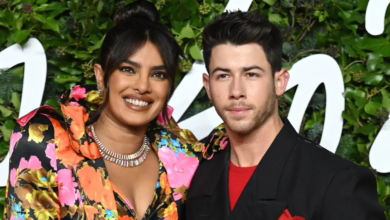 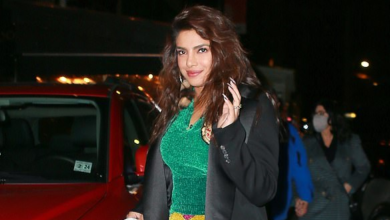 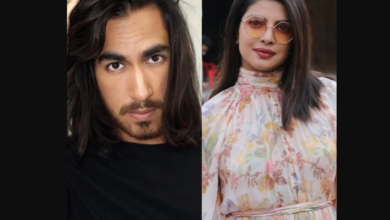 Red Wire singer Akash Ahuja dedicates his upcoming song to Priyanka Chopra; Reveals having a crush on her 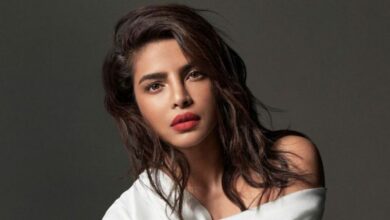