The release of the first Twilight film in 2008 created a phenomenon greater than anyone could have foreseen, and it launched the careers of many of its cast members. The stars of the vampire romance returned for four m0re films in the saga before going their separate ways to take on new and exciting roles in Hollywood.

As the 10th anniversary of The Twilight Saga: Breaking Dawn — Part 2 approaches, what has become of the cast of the vampire cult classic, and where can fans see their performances today?

Kristen Stewart has branched out in her acting roles since portraying leading lady, Bella Swan, in The Twilight Saga. In 2019, the actress joined Elizabeth Banks’ reboot of the Charlie’s Angels movies as super-spy Sabina Wilson.

Stewart made history in 2020 as Abby in Clea DuVall’s Happiest Season, the first LGBTQ+ holiday movie released by a prominent film studio. Stewart shocked audiences with her most recent role as Princess Diana in Spencer which landed her a Best Actress Oscar nomination.

Starring in one of the highest-grossing DC movies, Robert Pattinson is now more commonly known as The Batman than the young vampire, Edward Cullen. Pattinson tried for years to shed the Twilight image by taking on grittier indie roles such as High Life and Good Time.

Pattinson later reentered the world of blockbuster hits with Netflix Original, The Devil All The Time, and Christopher Nolan’s Tenet in which he starred alongside John David Washington. Pattinson’s portrayal of Bruce Wayne marks his first official Hollywood franchise since Twilight.

After playing Jacob Black for 4 years and living through the pandemonium of The Twilight Saga, Taylor Lautner took a hiatus from acting to catch up on some of the normal aspects of life he had missed growing up in the spotlight. Lautner guest-starred in Scream Queens in 2016 and later joined the cast of Cuckoo in 2018 for a 20-episode character arc.

Lautner returns to acting in 2022 with Home Team on Netflix, starring opposite Kevin James as a youth football coach. Based on the true story of New Orleans coach, Sean Payton, the film is the first release from Happy Madison Productions since Blended (2014).

Billy Burke’s portrayal of the gruff and protective father, Charlie Swan, made him a beloved actor among Twilight fans. In recent years, Burke has starred in several hit television series, including Netflix’s Maid from the creator of Shameless, in which he plays neglectful father, Hank.

Burke joined the cast of 9-1-1: Lone Star as firefighter Billy Tyson in 2020 and has reprised his role in each subsequent season. Burke has also been cast in the newly announced CBS pilot, Cal Fire, starring Max Thieriot.

Facinelli currently has several projects in the works, including Long Gone Heroes with Maggie Q and Ben Kingsley, as well as Final Invasion with fellow Twilight alum, Cam Gigandet.

Having portrayed the gentle, kind-hearted mother, Esme Cullen, Elizabeth Reaser’s post-Twilight roles have been fiercely complex. In 2018, Reaser gave a stand-out performance as the eldest Crain sibling in Mike Flanagan’s The Haunting of Hill House.

Ashley Greene brought one of Twilight’s most likable characters to life with her performance as Alice Cullen, the precocious vampire with precognitive abilities. Greene portrayed Abby Huntsman in the Oscar-winning film, Bombshell, with Charlize Theron and Margot Robbie.

Greene most recently acted alongside Kate Bosworth and Emile Hirsch in The Immaculate Room, winner of the Best Feature Film award at the London Independent Film Awards. Greene also has 3 new films in post-production, including The Retirement Plan with Nicolas Cage.

Known for playing Jasper Hale, the only vampire whose angst could rival Edward’s, Jackson Rathbone’s most recent work contains themes similar to those found in Twilight. In the recent horror film, WarHunt (2022), Rathbone plays Walsh, a soldier on a rescue mission who encounters a terrifying supernatural entity.

Playing the ghost of a musician, Rathbone stars in Until We Meet Again (2022) with Janel Parrish who must help him finish his concerto in order for him to cross over into the afterlife.

The most opinionated and protective member of the Cullen family, Rosalie Hale was Nikki Reed’s biggest character to date. Following her role in 2016 as Betsy Ross in Sleepy Hollow, Reed took a break from the spotlight to raise her daughter, Bodhi, with Ian Somerhalder.

Though the show was canceled by Netflix much to the disappointment of fans, both Nikki Reed and husband, Somerhalder, returned to their vampire roots in V-Wars. Most recently, Reed has partnered with several green companies as well as started her own, BaYou with Love, which specializes in sustainable jewelry.

Known for playing Emmett Cullen, Rosalie’s mate and the strongest of the Cullen vampires (pre-Bella), Kellan Lutz followed up his Twilight success with 2014’s The Legend of Hercules.

In 2019, Lutz joined the cast of FBI as Special Agent Kenny Crosby, later taking on a more prominent role in FBI: Most Wanted until leaving the show in 2021 to spend more time with his family in California. Lutz is set to star in the Ernie Banks biopic On Smoother Dirt with Louis Gossett Jr. and Andy Garcia. 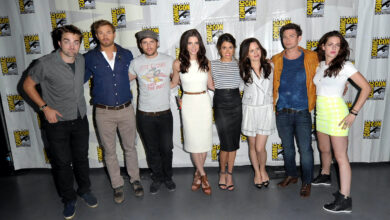 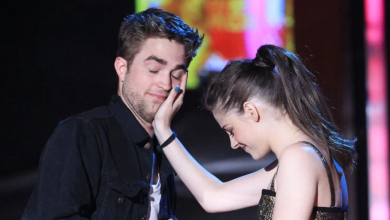 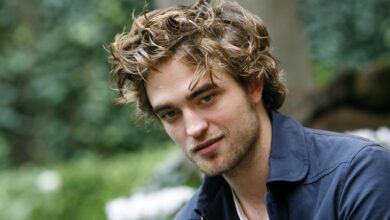 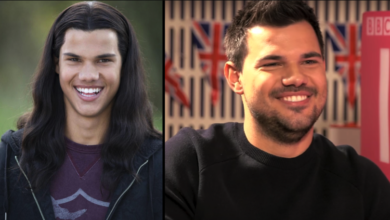 11 Cast Members of Twilight And What They Look Like Now