Alexandra Daddario is immediately recognizable by her piercing blue eyes and her diversity of roles. She played a formerly entombed vampire in “American Horror Story: Hotel,” a descendant of an Olympian god in the “Percy Jackson” movies, and a court reporter involved in some shenanigans in the dark HBO series “True Detective,” to name just a few of her roles (via IMDb). But what if, in theory, she got to play one of the more notable members of Marvel’s X-Men?

The exceptionally powerful character of Rogue previously graced moviegoers with Anna Paquin lending her talents in the role. One of the defining aspects of Rogue is that she immediately siphons the strength and abilities from whomever she physically touches, and even the slightest contact is enough to leave even the strongest in a weakened state; her touch brings normal individuals to an inch away from death. Luckily for fans of both Daddario and Rogue, a concept artist provided an absolutely fantastic look at how the actress may look while playing the “X-Men” character.

Stuart Cooper/Instagram
Posting his work on Instagram, concept artist Stuart Cooper created an image of Daddario as a 1990s style Rogue. Showing off the potent gaze of the famous actor with the iconic suit-and-jacket look of Rogue, this particular image is a stunning representation of what could be. The artist elaborated and said that Rogue is one of his favorite characters, adding that Daddario would be the perfect choice for the popular X-Men member. Cooper even went so far to note that his image of Daddario as Rogue has a great deal of white hair, which, in the comics, came from Rogue taking energy from Ms. Marvel. (In the earlier “X-Men” movies, her hair was white on account of an encounter with Magneto.) Either way, Daddario definitely looks the part.

Considering that the “X-Men” intellectual property is back in the hands of Disney, it may only be a matter of time before we get to see the diverse group of mutants join the Marvel Cinematic Universe (via Vox). The “X-Men” movies of the early 2000s were instrumental in creating the boom of superhero movies, and it’s been said that the MCU would not exist had it not been for those films (via Den of Geek). Who will end up playing the likes of Rogue is anybody’s guess, but if this concept art has anything to say, it should be Alexandra Daddario donning the costume and speaking with a Southern accent. 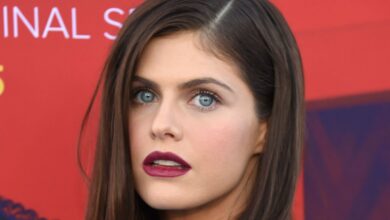 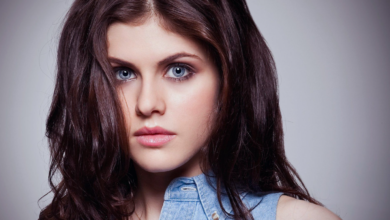 What is So Special About Alexandra Daddario’s Eyes? 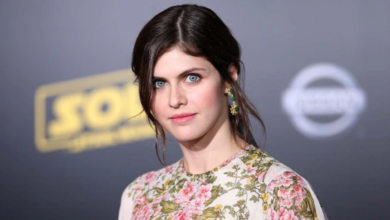