However you may feel about the final season of Game of Thrones, one thing is for sure and that’s that the show had some great female characters during its run. Although some of them didn’t get the arc we had hoped for and some of them were killed off before the show was even halfway done, we still remember them fondly.

Whether or not you believe Shae (Sibel Kekilli) is a good person, she is. a significant character of the first four seasons and a huge part of Tyrion’s arc. As for character depth though, there isn’t much to write home about. Shae is fierce, intelligent, and as is it turns out, a little vindictive. Her drive is primarily survivability until she falls in love with Tyrion: she then she plays the scorned lover, and that’s a character we’ve seen time and time again.

The power-hungry temptress is a female archetype that is commonly seen, and Natalie Dormer has played a few of them. Even though Margaery’s character is somewhat of a cliché, she is still very watchable on-screen and her love for her brother and grandmother makes her stand out among her fellow femme fatales. She was also very close to taking Cersei (Lena Headey) down forever, no easy feat.

Daenerys’ formerly enslaved handmaiden is a favorite among GoT fans. Her main role is as a close friend and advisor to the Dragon Queen, and she is a very likable character, but she doesn’t have much in terms of depth.

Missandei (Nathalie Emmanuel) starts out as a shy translator and ends as a politician, but that is true of many GoT characters. What really sets her apart is her gentle nature and overall kindness towards others, rare traits in the world of Game of Thrones.

Jon Snow’s (Kit Harington) first love is a strong warrior as well as a true friend and comrade. Her carefree personality makes for a fun character, but she is also fiercely loyal when the time comes. Being a Wildling, Ygritte (Rose Leslie) is not bound to societal expectations of women and is much more open-minded about pretty much everything, a trait that would influence Jon Snow’s growth and character development.

There are enough grumpy old men in GoT to last a lifetime, so it’s about time we throw some grumpy old ladies in there. Olenna (Diana Rigg) is sassy for sure, but she also has a sense of humor and she is extremely intelligent. She is plotting to get Margaery on the throne from the moment the Tyrells enter the picture, but she also loves her grandchildren deeply and wants them to be protected.

Let’s not forget it was she (along with Littlefinger, portrayed by Aidan Gillen) who was responsible for the death of Joffrey Baratheon (Jack Gleeson). And to that, we say “thank you.”

From the very beginning, Arya was one of the most important characters in Game of Thrones. The only reason she isn’t higher up on this list is that like Margaery, Arya is a bit cliché. The highborn lady turned warrior who feels boxed in by society’s expectations of women is a common medieval trope, and the truth is we can’t get enough of it. Maisie Williams portrays the character beautifully from the first season to the last, transforming Arya from a fierce little girl to a hardened warrior and assassin.

The Stark matriarch is one of the best characters in the series, despite her flaws. Catelyn (Michelle Fairley), a mother of five, is driven largely by her love for her family, but her horrible treatment of Jon Snow shows that she is unable to conjure up a sense of love for a child that isn’t her own.

Jon Snow, being her husband’s bastard son, is a constant reminder of her shame and embarrassment, and she takes these frustrations out on him, a choice she would later come to regret.

The Red Witch is another form of the femme fatale archetype, but unlike Margaery, her drive is not for power. The reason Melisandre (Carice van Houten) stands out from nearly everyone else in the series is that she is driven largely by her faith, a very rare trait in Westeros. Although everyone claims to be pious, very few are true to their word. Melisandre is a messenger and a servant, living only to serve the Lord of Light.

Daenerys (Emilia Clarke) may not be your favorite character, but her arc is extremely important to the themes of the series. While her character can be difficult to follow at times, her storyline is extremely compelling. Driven by a desire to right the wrongs of the world around her, Dany starts as an innocent but becomes a strong character who just might be the ruler the world needs. All of that slowly slips away, however, as she begins to care more about her throne than helping the people beneath her.

Perhaps the most despicable character on the show, Cersei isn’t anyone’s favorite, but she is an extremely well-written character. Being abused by her husband during his bouts of drunkenness and having to keep her incestuous relationship with her brother a secret, Cersei went from an innocent young girl to a vindictive and bitter woman with a drinking problem, to boot.. As an intelligent woman living in a world dominated by men, she fell into a great depression and eventually became The Wicked Witch of the West(eros).

Theon Greyjoy’s older sister is a fierce warrior, a competent captain, and the rightful ruler of the Iron Islands after her father was murdered by her uncle. Yara is one of the women of ‘Game of Thrones’ to defy societal expectations, and she does it quite beautifully. She’s concerned mainly for her people and her baby brother, and she’s always stuck by Theon’s side.

Whatever Game of Thrones has to say about wealth, power, and prestige, one thing is for certain; most of the main characters come from royal families, giving them a huge advantage over the rest of Westeros. However, Ros isn’t one of those characters.

Ros (Esmé Bianco) started the show as a Northern prostitute and ended it as a player. Her intelligence and ability to read people allowed her to move up Littlefinger’s ranks until he gave her to Joffrey as punishment for her betrayal. We’re still disappointed about Ros’ ending, as she could have been a great character if she had lived a couple more seasons.

The Wildling woman turned epic babysitter had a smaller role in the novels, but we are so happy she blossomed in the show. Osha’s (Natalia Tena) introduction had her attacking Bran, and in the end, she dies for him and Rickon. Osha was taken prisoner by Robb and Theon and her heart quickly went out to the two youngest Stark children. She instantly became their companion and protector and resumed that role well into the sixth season. In the end, it was Ramsa who got her, as if we didn’t have enough reasons to hate him already.

Brienne (Gwendoline Christie) found out from a young age that men would only marry her for her titles and land, so she opted to be a knight instead. Brienne, although angered by Renly’s death, is not driven by revenge like many other characters in the show, rather she is driven by a sense of honor and comradery towards fellow women, particularly the Stark ladies. Her virtue and honor shone so brightly she managed to uncorrupt one of the most detestable characters in the series, and she kept her vow to Catelyn to the very end.

Watching Sansa (Sophie Turner) grow ever more depressed in Kings Landing for four seasons was worth it when she finds Jon and convinces him to reclaim their ancestral home. Sansa starts the show as an extremely naive little girl and pays dearly for it. Forced to watch her father’s execution, she was then taken hostage and abused by a sadistic young boy for three seasons, then taken to her unbalanced and jealous aunt, then taken back to Winterfell and held captive once again by the most sadistic character in the series. While Ramsay Bolton’s (Iwan Rheon) prisoner she was beaten, sexually assaulted, and emotionally terrorized.

What makes Sansa stand out from the rest of the characters is that for the first half of the series, she has no drive. Even Arya has her list and thirst for revenge to keep her going. Sansa lives in complete turmoil from the moment her father is executed until meeting up with her half-brother, Jon Snow. She is a child that is passed around from one abuser to the next, her only goal being to minimize the pain others inflict upon her. It isn’t until she reaches her Northern kingdom that she hatches the plan to take Winterfell back, which was crucial to the war against the Night King. She also utilized Littlefinger’s army to win the Battle of the Bastards, took down Littlefinger after she had secured The Vale’s loyalty, and predicted Dany’s mad queen turn before even meeting her. If Jon had listened to Sansa from the beginning, a lot of issues that arose in the last two seasons would be nonexistent. 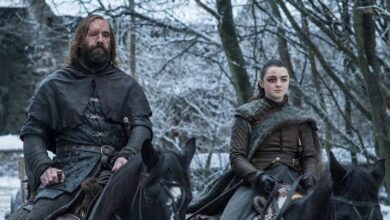 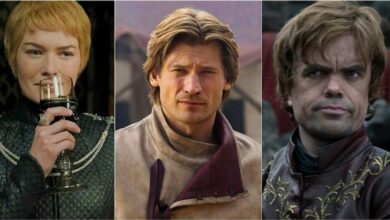 Game Of Thrones: 5 Harsh Realities Of Being A Lannister (& 5 Perks) 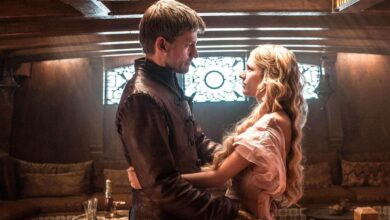 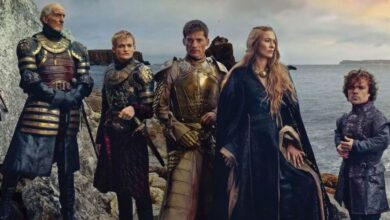