Old age is a lonely place to be in The Father, a spiralling psychological drama starring Anthony Hopkins as an 81-year-old in the advanced stages of dementia.

The debut feature from French playwright Florian Zeller (adapting his own Broadway and West End hit play), it unfolds via a series of time loops and flashbacks, tall stories and hallucinations.

We realise most of what we see is through the eyes of Hopkins’ character Anthony, and we’re left to search for the grains of truth in a world view where the past, present and imagined are interchangeable.

To quote those arch rock fantasists Queen, is this the real life? Is this just fantasy?

There’s a sense something sinister is afoot, and Anthony — who becomes increasingly distressed as the film progresses — insists he’s not as paranoid as others say.

Nominated for several Oscars including Best Picture and Adapted Screenplay, the film unfolds mainly in a large, tastefully decorated London flat that might belong to Anthony or to his daughter Anne — or might be a fixture of Anthony’s imagination.

Anthony is often as bewildered as we are, but not necessarily in the same moments. At times, even when the flat has undergone a sudden transformation, he believes he knows exactly where he is.

It’s easy to see why the Welsh actor, who won an academy award in 1992 for The Silence of The Lambs, is in the running for his second Best Actor Oscar. The role requires the kind of emotional flexing that only a performer with Hopkin’s developed acting muscles can deliver. He’s by turns flirtatious, spiteful, charming and vulnerable.

Olivia Coleman, meanwhile, is no less impressive as his dutiful, long-suffering daughter Anne.

Nominated for a Best Supporting Actress Oscar, she’s the first person we see on screen, rushing down London’s posher streets during the opening credits as an operatic voice soars on the soundtrack.

We’re yanked out of this set-up when she arrives at the flat to confront her father, who, the film reveals, is listening to this opening music on a CD. He has argued with a female carer earlier in the day, accusing the woman of stealing his watch, and Anne wants to get to the bottom of it.

Where did he leave it? When did he last wear it? He can’t remember.

Anne’s optimism and stamina are no match for her father’s deteriorating state and scorching outbursts. She’s driven to despair by an inevitable dilemma: does she continue to look after him, or put him in care?

Anthony insists he doesn’t want to leave his house.

Adding to the general intrigue is Anne’s absent sister — an artist whose paintings hang on the walls, but whose whereabouts are unclear.

All this mystery — the mood swings, the slipping between past and present — creates a puzzle worthy of a populist entertainer like Christopher Nolan (though not Zeller’s countryman Alain Resnais, whose fragmented films about memory and subjectivity are in a more poetic, abstract register).

But the inventiveness doesn’t always uncover deeper layers of meaning.

Given the title, it’s curious that Zeller’s screenplay — translated from the French and transposed to London with the help of co-writer Christopher Hampton (Atonement, Dangerous Liaisons) — seems vague on the concept of fatherhood itself.

Just what kind of dad — or husband, for that matter — was Anthony?

You glean little about the family man he once was from the interactions between father and daughter, despite the striking fact that Anne feels enormous responsibility towards him in his vulnerable present.

The film lacks memorable gestures, or fragments of muscle memory between the two that startle.

Some moments that seek to pull back the curtain and reveal his inner workings actually come across as slightly rote.

A flirtatious display, for example, when Anthony meets his new carer (Imogen Poots) suggests a long buried, macho libido. But this hardly feels like a revelation.

And more than once, when Anne announces that she is moving to France, he makes the xenophobic quip that the French don’t even speak English.

It’s the kind of bigoted dad joke that’s almost a cliche in the mouth of a character like this — a screenwriter’s shorthand to suggest a xenophobic streak in a British man of a certain age. But with scarcely any other evidence of racism, the comment doesn’t particularly enlighten us about Anthony’s character, or politics.

You wonder if the original line in French was more revealing.

Where the film does get traction is when Rufus Sewell arrives as Anne’s resentful husband, quietly seething into his glass of red wine after a day at the office. He is the only man capable of challenging Anthony’s domineering personality — and it’s a clash of wills that happens behind Anne’s back.

When the two men are alone on screen there’s a rancour and cruelty that delivers some of the film’s most interesting and disturbing moments, and makes you wonder if Zeller might have been better off focusing more on Anne’s bad marriage, than her guilt-ridden quest to be a good daughter.

Of course, really the film should manage to be about both things.

If that seems an unfair comparison, given that The Father is Zeller’s first film, consider that the Frenchman is already an acclaimed playwright, and many of his film’s problems stem from the script.

It’s as if all the energy spent on the story mechanics has distracted from the deeper truths of the relationships on screen. The Father is an accomplished debut, but it doesn’t always live up to the promise of its style and surface complexity with a corresponding profundity or level of insight. 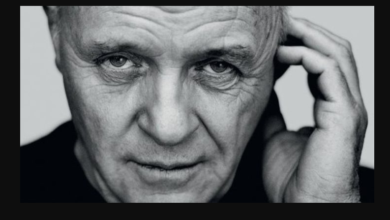 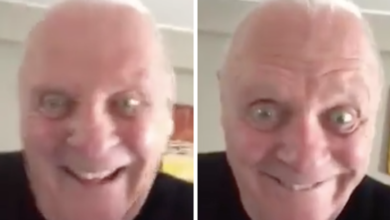 Martha Stewart reveals why she broke it off with Anthony Hopkins 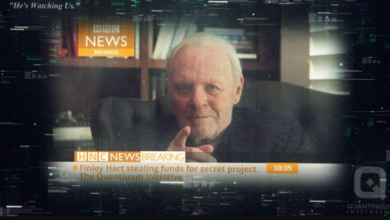