Alongside Smith, who plays Prince Daemon Targaryen, House of the Dragon also features a supporting cast featuring the likes of Olivia Cooke (Ready Player One), Paddy Considine, Emma D’Arcy, Rhys Ifans, Graham McTavish, Steve Toussaint, Sonoya Mizuno, Ryan Corr, Jefferson Hall, Bill Paterson, and Eve Best. Not long after the Game of Thrones series finale had premiered back in May 2019, HBO made a straight-to-series order for House of the Dragon, with season 1 set to debut sometime in 2022 with 10 episodes.

While promoting the upcoming Marvel film Morbius in a recent interview with Jake’s Takes, Smith took some time to speak about the forthcoming House of the Dragon and revealed that he has “no idea” what’s in store. In fact, the actor admitted he hasn’t watched “a single frame” of footage from the series. Smith also stated that he didn’t look at the monitor in between takes, as he found it difficult to watch himself wearing the blonde wig he dons for his character. Check out Smith’s quote below:

After a 10-month shoot that began in April 2021, HBO had confirmed that production on House of the Dragon was finally completed sometime in February of this year. Smith’s character, Daemon, is the heir presumptive to the Iron Throne and younger brother of King Viserys (Considine). The English actor’s comments may come as a surprise to some, given that many House of the Dragon cast and crews members (including Martin himself) have already had a first-hand look at some of the series’ outtakes.

Smith made quite the name for himself after taking over from David Tennant as the Eleventh Doctor in the beloved British sci-fi series, Doctor Who. Since then, he has appeared prominently in various films and TV series including Netflix’s The Crown, Terminator: Genisys, and most recently in Edgar Wright’s horror-thriller, Last Night In Soho. Smith undeniably has a lot to live up to as far as his performance in House of the Dragon is concerned, given that he will be following in the footsteps of esteemed actors Emilia Clarke and Kit Harington in playing a Targaryen. Smith’s impressive set of onscreen credits bode well for the actor, and promise audiences a unique take as one of the heads of the noble dragonlord family when House of the Dragon premieres later this year. 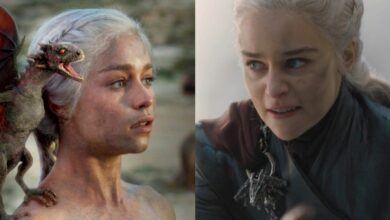 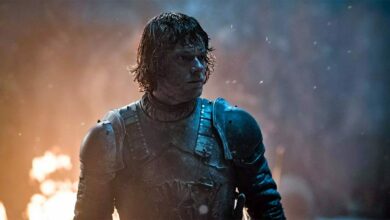 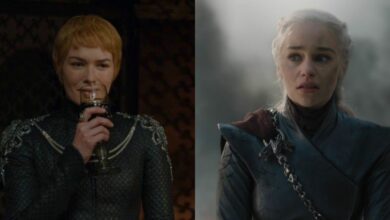 Game of Thrones: Every Season Ranked By Ratings