“Sons of Anarchy” was one of the biggest shows of its time. The show thrived for seven seasons on FX. It starred iconic actor Charlie Hunnam throughout that time. Hunnam became a household name on that show. Now, though, Hunnam is 41 and he has been an actor for some time. With that, he has a lot of stuff.

In a new interview with the AP, Hunnam told the publication, “I’m 41 now and I just have entirely too much stuff.” He uses the term, hilariously, “hoarder” to describe his situation. It’s funny because his new cinematic role plays a man who does the exact opposite.

Hunnam starred on “Sons of Anarchy” for seven years as Jax Teller.

Charlie Hunnam on “Sons of Anarchy”

Hunnam grew up a lot on the FX drama. Kurt Sutter’s program made him a big-time name in the industry as Jex Teller. He told People, “Well, frankly, it gave me a career.”He continued, “And it gave me the ability to have confidence that I was going to be able to make [acting] work as a lifelong career.”

He’s still going today. It was a role that reassured him that acting was something that he was both excellent at and something he could do long-term. He added, “I think I went into Sons of Anarchy being a pretty unaccomplished actor in terms of my skill set.” He was in his early thirties at the time. He was still learning and honing his craft. Hunnam continued, “I wasn’t one of these people that were born enormously and innately talented. I had to really cultivate a skill set.”

He had to work at it. Hunnam added, “And where I cultivated a lot of that skill set was going to work and shooting 10 pages a day on Sons of Anarchy for seven years.” He continued, “I feel like that was my college days.” Hunnam was able to hone his craft on the show. He was able to get in a bunch of reps on the FX drama for seven years surrounded by other supremely talented actors like Ron Perlman.

Still, Hunnam has talked about playing the Jax Teller character in the past. He put everything into that role. Because of that, it is unlikely that the star actor ever wears the SAMCRO merch again. The story of Jax Teller is a tragic one. Teller begins by looking to change SAMCRO. He finds the journal from his father and wants a different path for the club. Jax wants things to be different. Instead, he is constantly surrounded by loss and violence. It was a tragic character until the end of the program.

ACM Entertainer of the Year Award Winner Miranda Lambert shared a behind-the-scenes look at her tour rehearsals. The country star is getting ready for her next adventure by reviving her Bandwagon Tour. Not only will this tour be one to remember, but the 38-year-old singer’s tour is a co-headlining gig with Little Big Town.

However, a tour needs more than just a great performer. Lucky for us, Miranda Lambert posted a little behind-the-scenes clip of her tour rehearsals with her band on TikTok. The huge collection of instruments, musicians, and staff proves the epic performance Lambert has in store for her fans. The clip features a sneak-peek at her new song “Strange,” which adds to the list of songs on her “Palomino” record.

That 15-song album also includes full-band versions of “Geraldene,” “In His Arms,” and “Waxahachie.” Every one of these songs appeared in stripped-down acoustic form on Lambert’s 2021 album with Jon Randall and Jack Ingram, “The Marfa Tapes” arrives at the end of April 2022.

On Thursday, country queen Miranda Lambert performed her new song “Actin’ Up” at the C2C Festival in London. There’s no stopping this superstar after her huge win at the ACM Awards.

After her performance at the C2C Festival, Lambert shared some big news on her Instagram account. She released another new song! And she’s given us something else to jam out to in the car this spring!

“New song Strange out now. I hope this one makes y’all feel a little lighter on your feet and is a reminder to take a breath when things are out of sorts,” her caption read.

During a conversation with CMT, the singer-songwriter talked about her newest album. The album is considered a follow-up to her collaborative 2021 album “The Marfa Tapes.” It is also her first album under her own name since her 2019 album, “Wildcard.”

“The making of this record has been one of the most fun and creative experiences of my career,” her statement began.

“Luke Dick, Natalie Hemby, and I went out to my farm in Tennessee in 2020 and started writing songs. We figured while we have time, let’s get out to the country and see what happens,” she continued, referencing her co-writers. “The first one we wrote was ‘Tourist’ and that set us on a path to create something with a bit of a theme. Since we couldn’t travel at the time, we decided to go on a journey through songs. I hope y’all are ready to travel with us wandering spirits and meet some cool characters with great stories.”

We’re definitely ready! Hopefully, we can contain out excitement for the release of “Palomino” on April 29th. 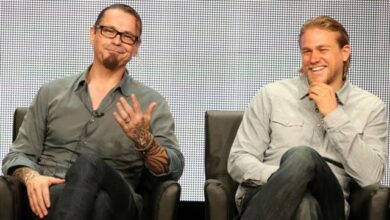 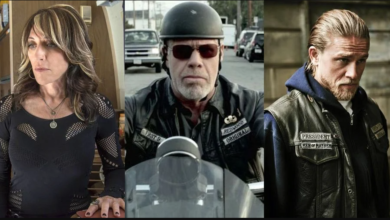 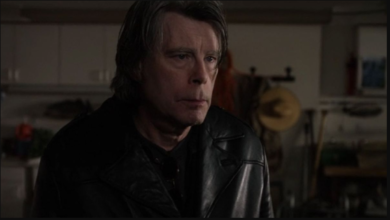 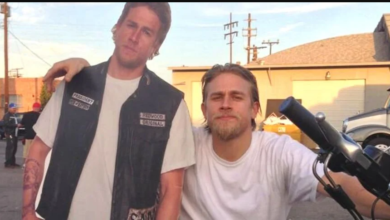