As far as Hollywood legends go, it is hard to rival the unique legacy of Bruce Lee. We are talking about a man who became known for both his martial arts and acting. Lee certainly had an interesting life too. For instance, no one can forget that time when he fought a Hollywood stuntman.

For all those reasons and more, the interest in Lee continues to today, well after her untimely death in July 1973. Fortunately, Lee left the world with a lot of interesting films to remember him by, including “Fist of Fury,” “Return of the Dragon,” “Enter the Dragon,” “The Big Boss,” and “Game of Death.” In all of these, he played action movie characters that resulted in Lee showcasing his fighting moves.

Lee may have been a private person but fortunately, some of his behind-the-scenes photos remain today. Here are some that we’ve found:

13 Bruce Lee And Unicorn Chan Are Pictured Together On Set

One of the first films they ever worked on together was “The Birth of Mankind.” According to Vulture, the film is about a runaway who turns into a pickpocket and gets hit by a truck. The young Lee was supposedly cast as a “wily street urchin with a heart of gold, a kind of Artful Dodger.”

On the show, Brandt was cast as one of the glamour girls. According to Daily Mail, Brandt once said in an interview, “He had a magnetism that was indescribable. Bruce was very quiet and shy but could be very aggressive if he wanted to be. He was a show-off and always wanted to flaunt his body.”

11 James Garner Working With Lee On The Set Of Marlowe

The 1969 film stars Garner in the titular role while Lee was cast as Winslow Wong. In one of the scenes, Lee’s line asks, “May I reach for my pocket?” In response, Garner’s character replies, “It would give me great pleasure to see you do something foolish.” The cast also includes Carroll O’Connor and Rita Moreno.

9 Enter The Dragon Is Iconic

Film producer Fred Weintraub told Black Belt, “It was called Blood and Steel at that time. It was only later when Bruce started seeing it get put together that he said he wanted it to be called Enter the Dragon.” There were concerns that the title would make the film sound like a “kids’ movie” but it ultimately worked.

Lee was obsessed with making the film special. Cadwell told Collider, “What he wanted was to make this film very special. And he had ideas he would like to see added to the script. He was very adamant about it. He really put a lot of work into studying how to improve this film.”

Inosanto only meant to train with Lee. But he told Black Belt, “I went there basically to train, even though he brought me down there to be in [the movie] Game of Death. Being in Game of Death was nice, but my main thing was to update [my training]. It was kind of nice; we had these mini-workouts…”

Some believe that this was the film that clearly showed off Lee’s acting skills. According to the South China Morning Post, Lee said in an interview, “What I hope is that the movie will represent a new trend in Mandarin cinema. I mean, people LIKE films that are more than just one long armed hassle.”

On working with Lee, Norris told WorldNetDaily, “The truth is Lee was a formidable opponent with a chiseled physique and technique. I totally enjoyed sparring and just spending time with him. He was as charismatic and friendly in the ring and at home as he was on film. His confidence and wit were dazzling, and sometimes even debilitating to others…”

4 Taking A Break From Filming Batman

Of the time they were filming the show, star Burt Ward told Fox News, “We lived in the same cluster of condominiums. He lived with his wife Linda and his son Brandon, who was 6-months at the time. We became friends and used to spar together. We would go down to Chinatown for dinners.”

3 Bruce Lee On The Set Of The Green Hornet

During an interview with Polar Blairs Den, the show’s star, Van Williams, explained, “If we had gone another year with an hour to work with there would have been a lot more development of Wende’s and Bruce’s roles.” He also said that he and Lee had kept in touch after the show ended.

2 James Franciscus And Bruce Lee Behind The Scenes Of Longstreet

According to the South China Morning Post, Lee talked about filming the show saying, “The title of that particular episode of Longstreet is called The Way of the Intercepting Fist. Now I think the successful ingredient in it was because I was being Bruce Lee. Myself. So I could honestly express myself at that time.”

“During our years of friendship, he spoke passionately about how frustrated he was with the stereotypical representation of Asians in film and TV. The only roles were for inscrutable villains or bowing servants,” Jabbar wrote on The Hollywood Reporter. “Bruce was dedicated to changing the dismissive image of Asians through his acting, writing and promotion of Jeet Kune Do…” 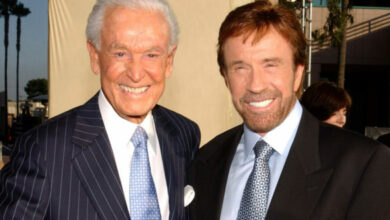 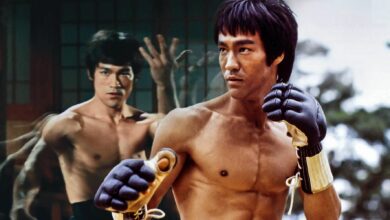 Fist Of Fury: Why Chen Zhen Is Bruce Lee’s Most Important Character 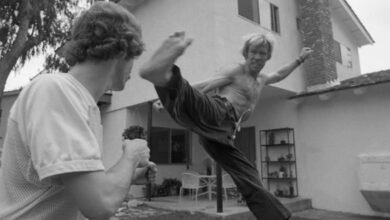