He left us far too early at the age of 32. Bruce Lee still had some much left to give, along with wisdom to impart on others. Sure, he’s remembered for his martial arts, however, Lee was so much more. His legacy continues to be celebrated by so many, including his daughter.

To this day, speaking ill about Lee can have some serious consequence, just ask Quentin Tarantino, who rubbed lots of fans the wrong way in ‘Once Upon A Time In Hollyood’, portraying Lee as weak. Heck, even Brad Pitt was uncomftroable with the scene.

His time in film continues to be remembered. Oddly enough, Lee also faced rejection during the early ’70s. Getting turned down would lead to something good, as Lee went back to Hong Kong and he did things his way.

However, back then, booking a certain gig with ABC wasn’t as easy as it should’ve been. In fact, the network said no to Lee for the gig. It is said that a language barrier played a role, along with the network no believing than an Asian can lead to way… yikes.

Let’s take a look back at the situation, while taking a look at what the fans are saying. Even Lee’s daughter spoke out about her late father getting snubbed for the role.

It was Lee’s idea, however, giving the leading role to an Asian man wasn’t what Warner Brothers wanted at the time. David Carradine ended up getting the main role.

The show was a success, airing three seasons and 62 episodes during the mid-’70s. The show would even get a reboot, announced on the CW back in May of 2020.

Bruce Lee’s daughter Shannon Lee continues to keep her dad’s legacy alive. She spoke to The Guardian about the snub and what it did for her father’s career.

“We grew up with this story,” says Shannon. “That my father created this show and was told he couldn’t star in it because American audiences wouldn’t accept a Chinese leading man. If you were to speak to Warner Bros, I’m sure they’d say they had the idea [for Kung Fu] prior to my father’s pitch. However, they have a lot of similarities, so you know…”

It was later on in her life that Shannon would actually find her dad’s pitch for the show.

“I agreed to take over looking after my father’s legacy from my mother and she sent his things to me in LA. There were boxes and boxes of writing. While I was going through them, I came across the treatment for The Warrior. It was this revelatory moment, ‘Wow, it really does exist!’”

Oh, what could’ve been looking back. As it turns out, fans on Quora aren’t pleased either.

The ABC show was none other than ‘Kung Fu‘, which in fairness did enjoy decent success without Lee.

Fans are still discussing the rejection via streams like Quora. Fans have different theories, though for the most part, it is blamed on how behind ABC was with the times.

“Yes. It’s true. Sort of. The corporate studios (I think Lee pitched all of them) told Lee that an Asian principal actor would not be marketable to American audiences (America was pretty white at the time).”

“TV producers rejected Lee for marketing reasons not so much for racism. Lee never really responded with “sour grapes” but rather moved back to Hong Kong with determination to breakout in film.”

Another factor that a lot fans find problematic, is that the entire concept was Lee’s idea and once he left back to Hong Kong, it was put into play with a different cast.

“He wasn’t ‘turned down’ per se. The show was Bruce Lee’s idea – networks refused to produce it because of that. And after he left for China they stole the idea and planted David Carradine in there because he was white and he looked oriental enough to pull it off.”

This seems to be the theme for most fans.

“Bruce Lee actually lost out to David Carradine for the series which was originally called The Warrior (an idea to which he significantly contributed) because the studio execs did not believe an Asian could carry the lead role.”

The snub didn’t deter Lee’s vision and if anything, it would ignite a tremendous spark once he returned home.

Still, it is hard to believe that he got a role refused, given his legacy which is still stronger than ever today. 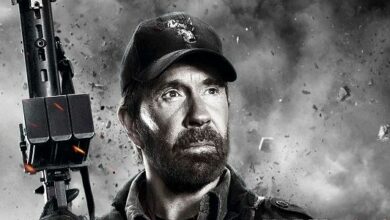 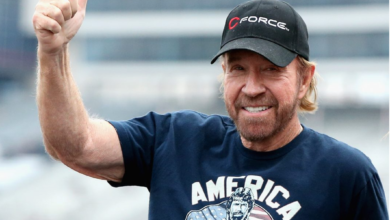 Did a Chuck Norris Look-Alike Dupe the Capitol Mob?