Harry Potter star Timothy Spall has revealed why he loved Scabbers’ big reveal scene in The Prisoner of Azkaban. The actor became a popular screen presence in the UK with early projects such as Auf Weidersehen, Pet and Secrets & Lies, receiving a BAFTA Award nomination for Best Actor in a Leading Role for the latter. He would later go on to star in a number of more mainstream features, including The Last Samurai, Enchanted, Sweeney Todd: The Demon Barber of Fleet Street, and The King’s Speech. However, Spall is perhaps best known for playing Peter Pettigrew throughout the Harry Potter movie franchise, beginning with the 2004 Prisoner of Azkaban and ending with Deathly Hallows – Part 1 in 2010.

Harry Potter and the Prisoner of Azkaban is the third Potter film, and follows Harry’s efforts to uncover more about his past during his third year at Hogwarts. Harry, Hermione, and Ron find discover the true identity of Sirius Black, Harry’s godfather, who spent years in Azkaban after being wrongfully accused of betraying Harry’s parents to Voldemort. However, in truth, Pettigrew was behind the betrayal, disguising himself as Ron’s pet, a rat named Scabbers, in Animagus form. This revelation proved a big surprise to both audiences and readers of the Harry Potter novels, and established Pettigrew as a villain and Voldemort’s loyal servant.

Spall recently told Looper about his experience making the Harry Potter films, and why he loved the Pettigrew/Scabbers reveal scene. The actor recalled being alongside the other actors in the scene, who he considers some of the “best in Britain,” and said he was “delighted” by it. Specfically, Spall referred to star Daniel Radcliffe as a “delightful boy,” and called his contemporaries, Gary Oldman, David Thewlis, and the late Alan Rickman, three of his favorite actors. Read Spall’s full quote below:

“It wasn’t until afterward that I realized there was Gary, there was David Thewlis, Gary Oldman, Alan [Rickman], and myself all of the same generations and with Daniel [Radcliffe] — and all funny — all playing public schoolboys, boys that go to paid school, but all from working-class backgrounds. All these actors that I think are amongst the best in Britain, so I was really rather delighted by that. Also, the fact that these are three, and Daniel was a delightful boy, [a] young actor then, a young man and [an up and coming] actor, that these three are not only three of my contemporaries, but three of my favorite actors and three of the people I’ve always felt like, ‘This is great.’“

The big Scabbers’ reveal scene has raised questions since Harry Potter and the Prisoner of Azkaban was released, with many fans wondering how Pettigrew never appeared on Marauder’s Map until it came into Harry’s possession. There have been theories, however, with some fans believing that it was because the Weasley twins were unaware of Pettigrew’s misdeeds, or that Fred and George simply did not notice his presence. In any case, that moment continues to be a favorite of the Harry Potter film series, acting as one of the major turning points in Harry’s journey to defeating Voldemort and discovering the dark parts of his own history.

It is heartwarming to learn that this iconic Harry Potter movie scene wasn’t just a special viewing experience for audiences, but was also exciting for the actors who were directly involved. The Harry Potter film franchise was well known for being a star-studded saga, bringing together some of the UK’s finest acting talents. While fans will long remember the actor’s unique and terrifying portrayal of Peter Pettigrew, it seems that bringing Harry Potter to life was just as memorable for a veteran actor like Spall. 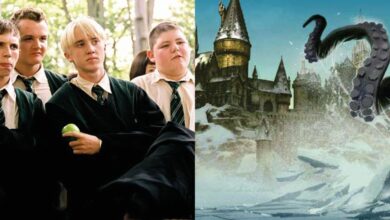 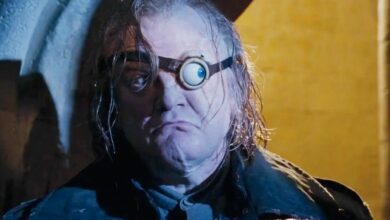 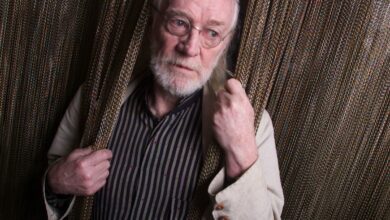 ‘Harry Potter’: Why Richard Harris Was Forced Into Playing Dumbledore 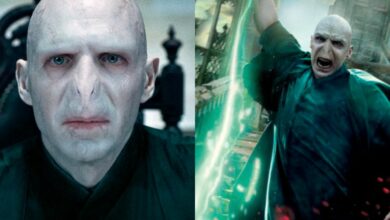 Harry Potter: 10 Things Voldemort Would Have Been Arrested For In The Muggle World