Today, actress Anna Kendrick is certainly a staple in Hollywood and over the course of her career she has worked alongside acting royalty like Meryl Streep and George Clooney. However, one thing that many tend to forget is that Kendrick actually rose to prominence after playing a side character in the first Twilight movie.

In case you’re wondering just how Anna Kendrick managed to rise from Kristen Stewart and Robert Pattinson’s shadow to become a frequently cast actress — keep on scrolling for a trip down memory lane!

In 2008 Anna Kendrick caught the eye of many in the first installment of The Twilight Saga. In it, Kendrick played Jessica Stanley and she starred alongside Kristen Stewart, Robert Pattinson, Billy Burke, Peter Facinelli, Elizabeth Reaser, Ashley Greene, Kellan Lutz, Nikki Reed, Jackson Rathbone, Cam Gigandet, and Taylor Lautner. Currently, Twilight — which is based on Stephenie Meyer’s 2005 novel of the same name — has a 5.2 rating on IMDb.

A year after appearing as a side character in Twilight, Anna Kendrick starred in the comedy-drama Up in the Air. In it, the actress starred alongside George Clooney, Vera Farmiga, Danny McBride, Jason Bateman, Amy Morton, Melanie Lynskey, Zach Galifianakis, J. K. Simmons, and Sam Elliott. Up in the Air tells the story of traveling corporate “downsizer” Ryan Bingham and it currently has a 7.4 rating on IMDb. Kendrick was nominated for an Oscar for her performance.

What to Expect When You’re Expecting tells the story of five interconnected couples as they are about to have babies and it currently has a 5.7 rating on IMDb.

Anna Kendrick rose to fame as a part of the Twilight franchise, but she also starred in another very famous one. in 2012 the first movie in the Pitch Perfect franchise was released and in it, Kendrick played Beca Mitchell. Besides the actress, the movie also starred Skylar Astin, Rebel Wilson, Adam DeVine, Anna Camp, Brittany Snow, Ben Platt, John Michael Higgins, and Elizabeth Banks. The teen musical comedy tells the story of Barden University’s all-girl a cappella group — and it currently has a 7.1 rating on IMDb. Anna Kendrick reprised her role in both sequels.

In 2014, fans could see Anna Kendrick as Cinderella in the musical fantasy Into the Woods. Besides Kendrick, the movie also starred Meryl Streep, Emily Blunt, James Corden, Chris Pine, Tracey Ullman, Christine Baranski, and Johnny Depp. Into the Woods was based on the 1986 Broadway musical of the same name and it currently has a 5.9 rating on IMDb.

In 2016 Anna Kendrick starred in the rom-com Mike and Dave Need Wedding Dates. In it, she played Alice Davis and she starred alongside Zac Efron, Adam DeVine, Aubrey Plaza, Stephen Root, Stephanie Faracy, Sugar Lyn Beard, Sam Richardson, Alice Wetterlund, Mary Holland, and Kumail Nanjiani. Mike and Dave Need Wedding Dates tells the story of two brothers who place an online ad to find dates for their sister’s wedding — and it currently has a 6.0 rating on IMDb.

Another one of Anna Kendrick’s most famous movies is certainly the 2018 black comedy crime thriller A Simple Favor. In it, Kendrick played Stephanie Smothers and she starred alongside Blake Lively, Henry Golding, Andrew Rannells, Linda Cardellini, Dustin Milligan, Jean Smart, Rupert Friend, Eric Johnson, Bashir Salahuddin, and Aparna Nancherla. Currently, A Simple Favor — which tells the story of a single mother’s new friend disappearing — has a 6.8 rating on IMDb.

Currently, Noelle — which tells the story of Santa’s daughter taking over the family business — has a 6.3 rating on IMDb.

2 Last Year She Starred In The Anthology Show ‘Love Life’

A show that Anna Kendrick starred in is the romantic comedy anthology Love Life which premiered in 2020. In it, Kendrick plays Darby Carter and she stars alongside Zoë Chao, Peter Vack, Sasha Compère, William Jackson Harper, Chris Powell, Punkie Johnson, Jin Ha, Hope Davis, and Janet Hubert. Currently, the show has a 7.5 rating on IMDb and it was renewed for a second season set to premiere in October 2021.

1 Lastly, Anna Kendrick Has A $20 Million Net Worth

And finally, we’re wrapping the list up with the fact that Anna Kendrick is currently estimated to have a net worth of $20 million. A majority of the actress’ income certainly comes from starring in blockbusters like Twilight, Pitch Perfect, and A Simple Favor. However, Kendrick is also no stranger to brand deals and she has worked with companies like Hilton Hotels, Newcastle Brown Ale, and Kate Spade. 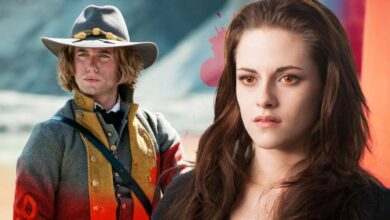 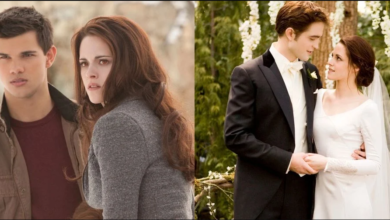 Twilight: 10 Best Changes The Movies Made, According To Reddit 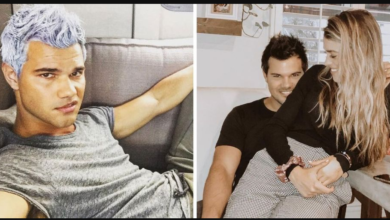