Gordon Ramsay is one of the biggest TV personalities in history, and the man simply knows how to make a good show. He’s had many career achievements, and he’s had a variety of shows that vary in popularity. Through it all, he’s come out on top, and he has a $220 million net worth to show for it.

Hell’s Kitchen is his biggest TV hit, and the show features Chef Ramsay looking for the next great chef to work at a major restaurant. The competition gets intense during each season, and things don’t always run so smoothly. In fact, the show has been known to function as a powder keg for the contestants and for Ramsay himself.

Let’s look back on one infamous moment that saw a contestant looking to fight Gordon Ramsay.

When it comes to competition shows on the small screen, few come close to matching the intensity or the sheer entertainment value of Hell’s Kitchen. People love Gordon Ramsay, competition, and seeing great food prepared, and luckily, this show features all three of those key elements.

Every chef appearing on the show has the skills needed to do great things in the kitchen, but watching them dive into the competition and prepare dishes as part of a team is so entertaining. They have a weight of responsibilities to deal with, and not only do they face criticisms from the customers, but they must also deal with Gordon himself.

So far, there have been 20 seasons of the show, proving that fans simply cannot get enough of it. Each season brings on new and interesting chefs, and you just never know how they will work with one another and how they will fare under Gordon’s watch.

Given the environment itself and the fact that so much is on the line each episode, it goes without saying that things can get quite heated on Hell’s Kitchen.

Things Get Heated On Set

Gordon Ramsay is already an intense person, and when the contestants bite back, it always makes for great television. Not only will the contestants will bark back at Ramsay, but they will also get into it with one another. Because of this, fans know that things can pop off at any moment on Hell’s Kitchen.

One infamous moment took place between Gordon and Giovani during season 5. Giovani had no problem standing up for himself, and he and Gordon nearly came nose-to-nose during their exchange.

Kimmie and Robyn’s beef marked another infamous moment on the show. These two might have been working on the same team, but this did not stop them from squabbling. It was particularly intense when Kimmie was berating Robyn, saying, “Your f*** ears need to be cleaned out b*.”

Again, these are the moments that keep fans coming back each season.

Years back, things got particularly heated between Gordon and a contestant on the show, which led to an altercation nearly breaking out on set.

During season 6 of the show, Joseph Tinnelly, a former Marine, got into it with Gordon Ramsay. Tinnelly was being uncooperative when answering questions, and it was only a matter of time before things erupted between the two. No one, however, could have imagined how badly things would escalate.

“Want to talk some s***? Let’s step outside,” said the former Marine.

Ramsay fired back, “Do you think I’m scared?”

This was an intense moment for viewers, and we can only imagine what it was like for the crew, who had to make sure that Ramsay and Joseph didn’t actually get physical with one another. Eventually, Joseph was led away, which prompted Ramsay to launch into a string of profanity that would make a sailor blush.

Fortunately, these two didn’t come to blows, but they did make for one of the most infamous moments in the history of the show.

During his exit interview, Joseph said, “I don’t need this s. I don’t need some limey f* prick talking to me like that. … Anybody would f**** hire me to work in their kitchen, and they’d be proud to have me there.”

Needless to say, Joseph wasn’t sticking around, and he went down in Hell’s Kitchen history with one of the most intense exits of all time.

Hell’s Kitchen really knows how to put people into pressure-filled situations, and in the case of Joseph Tinnelly, things were simply too hot to handle. 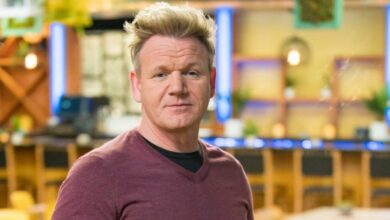 How Gordon Ramsay Amassed His $220 Million Net Worth 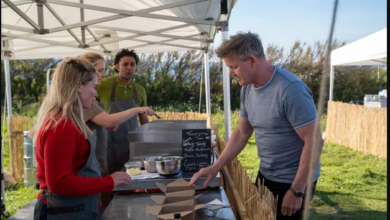 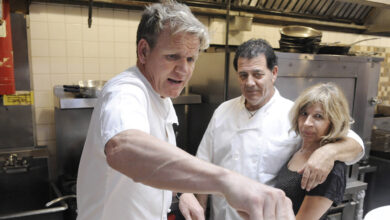 Does Gordon Ramsay Really Save Every Restaurant On ‘Kitchen Nightmares’? 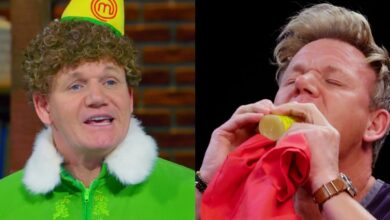 10 Times Gordon Ramsay Made Us Cry (Tears Of Joy)