As one of the most popular and successful franchises ever made, the Harry Potter films have a huge following, and with that, a huge online fandom community. With any fandom community comes shipping, that is, two characters who fans pair together, usually romantically, and outside of canon.

With an array of interesting characters, it is understandable how so many ships in the hit fantasy series have formed among fans. What is harder to understand is why certain characters are paired together. Some seem to have little to no basis in the source material while others are clearly “crack ships,” or harmless ships for fun that no one takes seriously. Whatever the reasoning, some ships are much stranger than others.

This ship undoubtedly formed from the existing relationship shared between the characters in Harry Potter and The Philosopher’s Stone, despite the relationship being far from a romantic one. Using Quirrell as a host to sneak into Hogwarts and attempt to bring about his return, Voldemort attaches himself to the back of Quirrell’s head, just one of Voldemort’s many crimes in Harry Potter, relying on him to keep him alive.

While this ship does, in theory, have more of a solid basis than other ships, it still is a strange pairing, especially considering each of the character’s personalities and how it would even work, considering Voldermort is essentially sharing Quirrell’s body.

Severus Snape and James Potter, two characters whose relationship was only really seen in flashbacks, is canonically a relationship of rivalry and bullying. While it is also a fact that Snape had feelings for Harry’s mother, Lily, a few fans prefer to direct Snape’s feelings towards Harry’s father James instead.

Again, while this ship seems strange due to the conflicting nature of the two characters, it does seem to mirror the fandom’s love of an enemies-to-lovers relationship, also seen when pairing Harry with characters like Draco, for example.

A very controversial but popular ship in the fandom, others prefer to ship Draco with Harry and there are others yet who think neither pairing makes much sense.

Again another ship that has fallen victim to the ever-popular enemies-to-lovers trope, many fans have such a strong love for this ship for the same reason why others think of it as strange: the character’s opposing natures make them a strange but good match. While this ship is certainly tame in comparison to many others in the fandom, it still is hard for many to imagine a relationship ever working between the two.

Another similar pairing to the ones above, this unusual ship likely exists for the same reasons. Pansy Parkinson, a pure-blooded Slytherin, is a member of Draco Malfoy’s gang of friends. For this reason, any interaction that would be seen between the two witches would be hostile or unfriendly at the very least, making it the grounds for a strange ship.

While it’s not one of the biggest ships in the fandom, and by far not the biggest ship involving Draco, this strange pairing is surprisingly popular. Most likely formed from a detail in the sixth book that failed to make it to the finished release of Half-Blood Prince, it is noted that Myrtle helps Draco in his plot to get the Death Eaters into Hogwarts.

One of Hogwarts’ ghosts, Moaning Myrtle is often shipped much more commonly with Harry, but that is less strange due to her obvious interest in the main character across multiple films, which is also what makes this ship between Harry Potter’s rival, Draco Malfoy, and the deceased teenager all the more strange.

This is likely the first of many other crack ships, however, it could also toe the line of being considered a genuine ship.

Unlike some other potential ships, it is easy to see where this one originated from: the iconic scene of the most hated Harry Potter character, Dolores Umbridge, being carried away by the group of Centaurs deep in the Forbidden Forest. Again, while this ship is likely not serious, the existing fan fiction out there seems to disagree.

This is another crack ship focused on the aforementioned most disliked character’s suffering. While the previous entry could be considered a genuine ship, this one is certainly one not to take seriously.

Coming from the fact that both characters have no soul and make others’ lives a literal misery throughout the fantasy film series, this is arguably one of the more popular ships in the online fandom community, with fans in agreement that, with this pairing, Umbridge finally gets what she deserves.

Another weird but fully supported ship in the community is this pairing, which at least comes from a genuine connection, even if it is between a magical mythical creature and an inanimate item of clothing.

While it is yet another ship not to be taken seriously, looking past any romantic relationship in this pairing, it can actually be seen as quite wholesome. Dobby’s innocent love for Harry’s sock and the associated freedom it means brings him so much joy. It is still strange though.

One of the strangest and most popular ships in the Harry Potter fandom, Draco Malfoy actor, Tom Felton, himself has acknowledged the existence of the “Drapple” ship on multiple occasions. For those confused, this ship of the Slytherin antagonist and a literal apple came from the trope of villains eating apples in movies, which Draco can be seen doing across multiple films.

Again, a ship that is purely for fun, it is at least less controversial than the other shipping debates that Draco’s character gets in the middle of between some of the more passionate fans in the community.

This is not only one of the strangest ships in the Harry Potter fandom, but in any fandom community. For context, it should be explained that this pairing is between the giant squid that resides in the Great Lake on the Hogwarts grounds and the physical castle of Hogwarts itself.

While this is clearly not taken seriously by anyone, this ship gained a lot of attention when a piece of fan fiction circulated surrounding the pairing, causing a massive stir in the community when it was posted way back in 2006. It still haunts many in the fandom to this day. 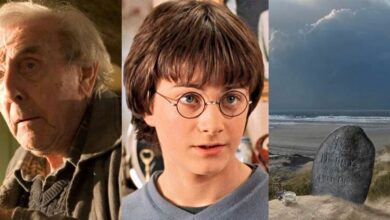 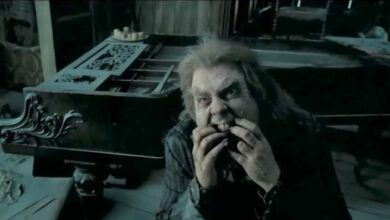 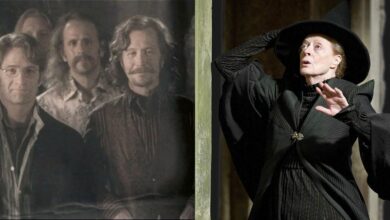