The Batman star Robert Pattinson — who once starred as Cedric Diggory in the 2005 film Harry Potter and the Goblet of Fire — recently opened up about why he felt the need to hold his wand as if it were a gun.

Pattinson sat down with GQ to discuss some of the iconic roles he has played throughout his career, the first of which being that of Cedric Diggory in the fourth Harry Potter film over a decade and a half ago. “I remember holding a wand and thinking that it felt so dorky to hold it like a magic wand, so I’m holding it like a gun, with two hands thinking I’m in, like, a Die Hard movie,” Pattinson confessed. “I think I even have one eye closed, when I’m like looking down, like it’s got a view-finder on it.”

While Cedric was briefly portrayed by Joe Livermore in the 2004 film Harry Potter and the Prisoner of Azkaban, Pattinson took over as the character for Goblet of Fire, in which the young Hufflepuff played a much larger role. Cedric’s death at the hands of Peter Pettigrew (Timothy Spall) at the end of Goblet of Fire is often cited as the moment the Harry Potter franchise grew up, so to speak.

“He’s the first death in Harry Potter, which is my claim to fame,” Pattinson said in the GQ video. The actor also revealed that it was his idea of introduce the character of Cedric to Goblet of Fire by having him jump out of a tree. This would become a running theme in Pattinson’s career, as his Twilight character, Edward Cullen, also seemed to have an affinity for scaling trees.

Discussing how he landed the role of Cedric in the first place, Pattinson said, “I’d sort of fallen into it. I mean, it was so terrifying. I remember the first scene I ever shot on that was in the magical maze at the end, and I’d never done anything with special effects and stunts — and it was a big deal at the time. It felt, like, very, very intimidating.”

Additionally, Pattinson revealed that he attempted to method act in Harry Potter, which — from what he gathered — simply involved beating oneself up before a scene. “That was basically my only concept of how to prepare for a scene,” he said. “I was psyching myself up as if I was getting into a fight, or something, before these scenes. And just screaming into a pillow… punching myself, ripping my clothing and stuff.” According to Pattinson, his attempt at “method acting” resulted in the makeup department having to reapply his prosthetic wounds.

Harry Potter: Why Dumbledore Didn’t Use Legilimency On Slughorn 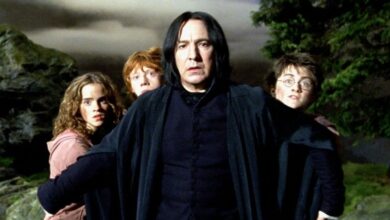 The ‘Harry Potter’ Cast, Ranked By Net Worth