No good deed goes unpunished, and no sweet kindness in a Hollywood thriller can be anything other than a snare of malevolent intentions. Such were the traps laid by Kathy Bates in Misery, Jennifer Jason Leigh in Single White Female, and even the bunny hoppin’ mad Glenn Close, who should’ve never been ignored in Fatal Attraction. Thus Greta emerges from the perpetually underlit New York streets that are conveniently empty of people and witnesses. Isabelle Huppert and director Neil Jordan seek to add a maternal extinct to these well-worn cinematic hunting grounds, but perhaps they should’ve also brought a tent to go with their sinister binoculars, because there’s nothing here but a lot of camp.

Instilling a few snickers among colleagues who might dub it “Mommy Instinct,” Greta is an incongruous meshing of styles from the otherwise typically astute Jordan. Half-stalker movie cliché and pseudo-Grimm fairytale, the film brightens the tension the more time it spends in Greta Hideg’s (Huppert) shadowy Brooklynite home. Secluded behind a back alley that ever frames it like the woods nestling a gingerbread house, it is there that a French woman waits for any young doe-eyed thing to fall into her web. And Chloë Grace Moretz has doe eyes to spare as the earnest to a fault Frances.

Entering the picture as the type of oblivious young woman who has just moved into a Tribeca loft after college while still waiting tables (i.e. a fictional one), Frances is told by her more extroverted roommate Erica (Maika Monroe) that this city will chew her up and spit her out. And its urban teeth come in the shape of a handbag a stranger seemingly left by accident on a subway car. The bag of course belongs to Greta, the kindly continental woman who misses her dead husband and grown daughter. After college, her child moved to Paris or somewhere like that… it’s a bit vague, but Greta would love if Frances would go dog shopping with her, especially after learning the young woman is likewise lonely following the recent death of her mother.

What follows are the old familiar places: Frances discovering a closet full of handbags, each prepared with a note about the oblivious mark who brought it back; scenes of Greta standing outside and then storming into Frances’ place of work; Erica being followed by a stalker down an alley after she tries to get between an obsessed woman and her intended surrogate daughter; and more than one sequence of unhelpful cops. Always the cops must be unhelpful for this illusion to work.

Greta is a movie divided upon itself. Equal parts B-movie schlock and slightly elevated storytelling, the overall effect becomes more bemusing than it does terrifying. With Huppert fresh off her Oscar nomination for Elle, she gets to ham it up as the smiling stalker. Unfortunately, she is undone by Ray Wright and Jordan’s screenplay, which indulges in performative flourishes that likely seemed grand on the day but on screen better echo Faye Dunaway’s tone deaf kitsch in Mommie Dearest than the dread of seeing Bates walk up the stairs with a mallet. This is not to say Huppert judges it wrong, she merely gets to overact material that is underwritten, creating a devious screen presence in spite of guffawing moments like when she turns up at Moretz’s restaurant and tosses the younger woman’s table to the ground while screaming how much Frances needs a mother

Moretz does well enough with what she is offered, providing a stable rock of empathy at the center of the movie, and perhaps admirably trying to overcompensate for the fact that the scenes between herself and Monroe are written with the distinct ear of middle-aged men speculating about what young people might sound like. Still, it is nice that Greta ignores some of the dippier conventions of its subgenre by having Frances and Erica actually building a sturdy support system that might be the closest thing to credible human interaction in the piece.

But at a certain point in dreck like this, credibility is not necessarily an asset. Hence why the third act, which inevitably involves Greta “adopting” Frances against her will, and playing house with a child’s bedroom that doubles as a dungeon, is when the movie rises above mediocrity into an absurdist delight. Finally uncorking the bottle of crazy the whole movie hints at, the final movements of the film are just gonzo enough that it is easy to imagine this film will have its midnight movie admirers. But it’s not enough to save a film from one of the great genre directors of his generation now turning in a thriller that only succeeds when it leans into dark comedy. And worse still, the only thing that will follow you home after the credits is the sneaking suspicion that Greta wasn’t fully in on the joke. 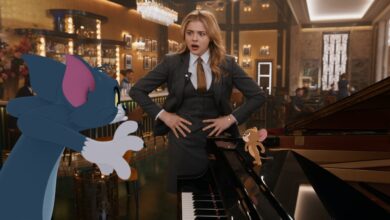 The New Tom and Jerry: Cute. But Dare We Say Chloé Grace Moretz’s Costumes Are Cuter? 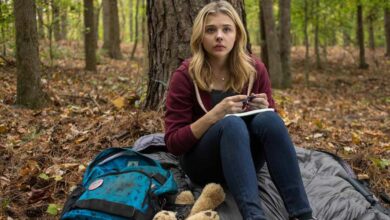 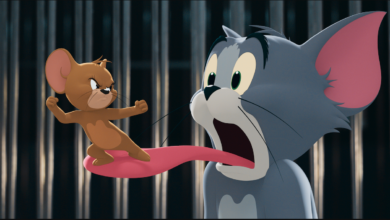 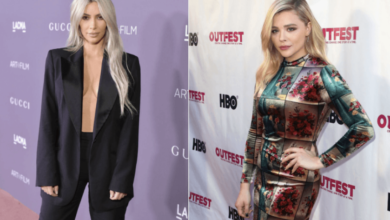 Kim Kardashian vs. Chloë Grace Moretz: All the Details of Their Long-Lasting Feud