Game Of Thrones contains many warring factions, it’s almost impossible for most viewers to remember everyone. The complex web of interactions between various characters involves nonstop treachery, all for the sake of dramatic tension.

Game Of Thrones, by definition, is based on betrayal. Reaching for the crown requires endless strategizing and a lot of deception. Each moment of betrayal is directly proportional to the shock expressed by audiences (many of them have long since become memes). That said, most characters aren’t necessarily sellouts. They only want what they deem is best for everyone, even if their actions prove otherwise.

10 Mirri Maz Duur Murders Khal Drogo Instead Of Healing Him

Daenerys allows Mirri Maz Duur to “heal” Drogo of his injuries in battle. To her dismay, she learns that the Lzhareen priestess has other intentions. Although her involvement in Drogo’s eventual death and Rhaego’s stillborn status cannot be confirmed, Mirri basically confesses to the crime.

The Khalasar is broken from within. But, Daenerys manages to stitch it back together. She walks out of her dead husband’s funeral pyre with three baby dragons perched on her body.

9 Stannis Allows His Beloved Daughter To Be Burned Alive

Betrayals within a single family or House are common in Game Of Thrones. Viewers weren’t expecting the heartbreak of watching a charming, precocious little girl get burned alive. This was all so her father could have better weather for his battles.

Melisandre convinces Stannis that Shireen’s sacrifice is the only way to save them. It leads to a gruesome spectacle that nobody has the emotional courage to endure. Unfortunately for Stannis, this act is considered so vile by his own army that he loses most of his forces overnight.

Theon grudgingly accepts his position in the Stark hierarchy. He’s pleased that he can, at least, mock Jon Snow’s lack of official parentage in order to make himself feel better. He attempts to soothe tensions between Houses Greyjoy and Stark.

However, Theon gives in to Balon’s paternal demands and agrees to invade Winterfell. The mission is successful, mostly because the two Starks remaining at home are Bran and Rickon. Theon ultimately martyrs himself to save Bran from the Night King as penitence.

Daenerys is unable to control her anger after House Lannister rebuffs her temporary truce proposal. This is a fire that turns into an inferno when Rhaegal and Missandei are killed. She razes King’s Landing to the ground with Drogon, incinerating countless innocents. Much like her father, Aerys Targaryen, had planned on doing before his assassination.

Tyrion explains that Daenerys needs to be pulled out of the political equation for true balance to be restored, a justification that Jon Snow cannot deny. He bears the burden of assassinating his aunt, because he’s literally the only man for the job.

Tyrion marries Sansa, against both their wills. The person most affected by this arrangement is Shae, his semi-secret lover. Varys tries to get her to abandon Westeros. It falls to Tyrion to cut the final threads. He coldly tells her to live her own life, far away from the minefield that is the Red Keep.

Shae is compelled to give false witness against Tyrion, asserting that he and Sansa had been plotting Joffrey’s regicide for a long time. Shae is later strangled to death by Tyrion, right before he kills Tywin Lannister on the toilet.

Olenna’s role in the Purple Wedding was always a possibility. It is confirmed just before Jaime forces her to commit suicide. It appears that Olenna intentionally poisoned Joffrey’s wine when the wedding guests were focused on the pigeon pie.

The King dies on the spot. His grieving mother instantly blames Tyrion, and House Tyrell is never accused, let alone suspected. Olenna escapes entirely. Olenna is happy that her granddaughter can now wed the much nicer Tommen rather than Joffrey. She refers to Joffrey as “that beast.”

4 Cersei Obliterates Dozens Of Enemies At Once

Cersei’s plans have not always worked out in her favor. Her firstborn son and only daughter are killed by her enemies. This makes her need for revenge burn brighter. With Qyburn’s assistance, Cersei ensures that most people in her way are instantly expunged from the face of the earth.

She has a shipload of Wildfire ignited right below the Sept of Baelor. This destroys the building and vaporizes everyone in it. Cersei’s multi-layered betrayal is as masterful as it is macabre. However, it causes her surviving child to take his life.

Ned Stark is naturally astounded by the discovery that Joffrey isn’t Robert Baratheon’s son (a realization that extends to Tommen and Myrcella). Being an honorable man, he requests Littlefinger to help him achieve his goals without bloodshed.

Of course, this backfires in Ned’s face. Baelish turns against him at the last minute, cruelly claiming that he “did warn [Ned] not to trust [him].” Littlefinger receives his just deserts in Winterfell. He is sentenced to death by Sansa and executed by Arya.

2 Jon Snow Is Assassinated By The Night’s Watch

The Night’s Watch gradually loses their trust in their young Commander, partly because of his willingness to form alliances with the wildlings. A few men, including Yarwyck, Thorne, Marsh, Olly, and others, formulate a Julius Caesar-style assassination plan. It involves stabbing Jon one after the other.

Jon Snow actually dies as a consequence of this betrayal. Although, fortune inevitably smiles upon him in the shapes of Melisandre and R’hllor. This scene isn’t particularly unexpected, but it shocked audiences to their core.

1 “The Lannisters Send Their Regards”

Robb Stark misguidedly extends his hand of friendship to Walder Grey and Roose Bolton. Both of them effectively convince him that their intentions are nothing but noble.

The Lords of Riverrun and the Dreadfort successfully and brutally murder Robb, Catelyn, and Talisa on behalf of the Lannisters. This critical event eventually reshapes the entire continent of Westeros. The Red Wedding, culminating in Greywind’s head sewn onto Robb’s decapitated corpse, is the most disgraceful deception in Game Of Thrones.

Game of Thrones: Bear Who Fought Brienne of Tarth Passes Away 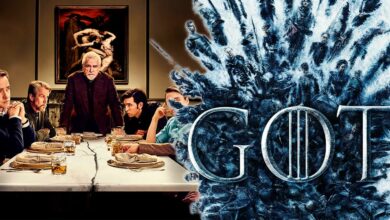 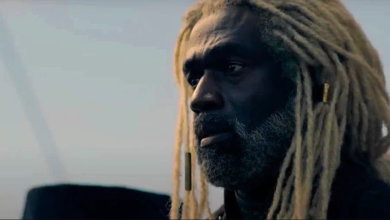 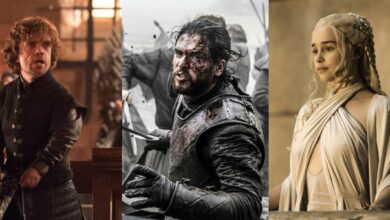 Game Of Thrones: The Best Character In Each Season