Since cameras have followed Kendall Jenner around throughout much of her life, there are a lot of people who think they know practically everything about the famous model. However, even though fans have got to see Kendall evolve over the years, there still are a lot of facts about her life that a lot of her followers are unaware of. For example, Kendall will always be linked to a tragedy even though most people have no idea that is the case.

As a lot of television viewers have known for years, the Kardashian/Jenner family have starred in hundreds of hours of “reality” television. Despite that fact, if a Kardashian fan wants to know everything they can about the family, they will need to follow the family’s antics in a lot of other ways. For example, the Kardashians and Jenners regularly share pictures that go viral over social media and they also often stream videos in which they reveal intimate details of their lives.

On a random Saturday night in 2016, Kylie Jenner was busy recording a video for her Snapchat account. During the clip, Kylie asked her sister Kendall “what’s your middle name, and who are you named after”. Considering that Kylie is her sister, it seems safe to assume that she knew what Kendall’s middle name is and the identity of the person who inspired it. As a result, the only reasonable thing to assume is that Kylie knew that asking Kendall about her middle name in front of the world would result in a fascinating clip. As it turns out, if Kylie had that in mind, she was absolutely right.

When Kendall Jenner was asked about her middle name, the popular “reality” show star revealed the inspiration behind it. “My middle name is after Nicole Brown Simpson, because that was my mom’s best friend. And I’m honored to have this name.” While it is wonderful that Kendall Jenner was named after an important person in her mother’s life, it is sad that her namesake came to such a tragic end.

In 1994, Nicole Brown Simpson and her friend Ron Goldman had their lives taken from them in grisly fashion. In the aftermath of that horrible crime, OJ Simpson was arrested and put on trial for both of the killings. Since Simpson was an incredibly beloved celebrity and iconic athlete before that, his trial became an international obsession. After millions of people spent hours on end following every detail of OJ’s criminal trial, he was acquitted of all charges. Still, a huge portion of people believed that OJ was completely guilty and he eventually was found liable for the killings in a civil lawsuit.

During the highly sensationalized OJ Simpson mid-90s trial, a lot of people were on the edge of their seats as they learned the details of the grisly crimes he was accused of. As a result, there sadly were a lot of people who lost track of something very important, Nicole Brown Simpson and Ron Goldman were both human beings who were loved and deserved to live.

Before Nicole Brown Simpson met her untimely demise, she had a lot of friends and family members who loved her dearly. One of the people who is known to have had a very close relationship with Nicole is none other than the Kardashian/Jenner matriarch, Kris Jenner. Based on everything that Kris has said about Nicole in public, it is very clear that the loss of her friend affected Jenner in a big way.

During a memorable sequence from Keeping Up with the Kardashians, Kris Jenner and her friend Faye Resnick talked about Nicole Brown Simpson as they met for a meal in a restaurant they used to frequent with her. Amazingly enough, as Kris and Faye talk, Jenner proceeds to outline the meal Nicole had at that restaurant the last time they dined there together before her passing. “She ordered the white fish with the spinach and the roasted potatoes, and I think she had a margarita.” Considering that Kris remembered the details of a meal Nicole had roughly 25 years earlier, it really speaks to how deeply Jenner was affected by her pal’s passing. With that in mind, it makes perfect sense that Kendall was partially named after Nicole. 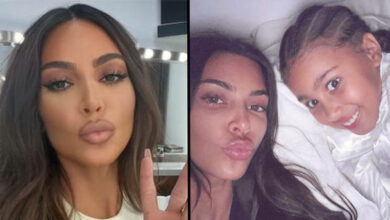 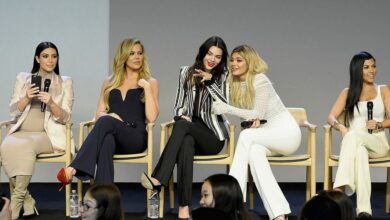 The Kardashians Are Really Irritating Fans, Here’s Why 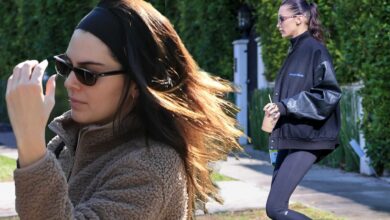