Kendall Jenner is known as the laid-back sister in the famous Kardashian-Jenner family. The 25-year-old is an American model, lover of fashion, and has recently added creative director to her resume after getting signed with FWRD. Since breaking into the modeling and fashion space, Kendall has continued to make a name for herself and once was named the world’s highest-paid model by Forbes.

Unlike the rest of her family, Kendall is not frequently in the news as she is mostly focused on her career doesn’t seem to care much about being in the spotlight. The professional model has in the past admitted that she likes to separate herself from the rest of her famous clan. “I’ve always been the different one,” she said in 2017. “I’d say I’m more a Jenner than a Kardashian.” It is, therefore safe to assume that Kendall does in fact not like being famous. Here are a few pointers.

9 Kendall Did Not Want Her Love Life On KUWTK

Kendall was picky about what she revealed on the family’s long-running show, Keeping Up With The Kardashians. During an appearance on Bravo TV’s, The Daily Dish podcast, KUWTK executive producer-Farnaz Farjam revealed the supermodel had a rule regarding her boyfriends appearing on the show. Farjam said:

“Kendall’s always had this rule, which she felt like she had to be with someone for at least a year before she lets them be a part of the show and in the show because she doesn’t always know what people’s intentions are. So that’s why we kind of kept her personal life out of it, just because she had a rule.”

8 She Is Not All For The Glamour

Kendall believes she is not like the regular Kardashian, calls herself a tomboy, and is really into her privacy. And over the years, her style has continued to prove this. The fashion model who does not live for public acceptance often opts for jeans and tees as opposed to designer dresses which you will mostly catch her sisters in. “They’ve always been into the glam thing and dressing up every day and being the thick of it. Part of me loves that, but at the same time, I love dressing down and having my private life” Kendall said in a 2016 interview with Vogue.

7 She Rarely Shares Pictures With Her Boyfriend

Apart from keeping her relationships off Keeping Up With The Kardashians, Kendall also makes sure to keep it off social media. The model is known for being notoriously secretive about her relationships as she rarely shares pictures of her partners. She however recently took a step out of her comfort zone when she post a picture of herself and her current boyfriend Devin Booker on Valentine’s Day. Despite giving fans snippets of what their love looks like, Kendall and Booker make sure not to give out too many details.

The 5ft 10ʺ model is considered to be the natural Kardashian sister. She has in the past denied having ever gone under the knife to remodel her body, unlike her sisters. The model does not seek the attention that comes with having a curvy figure and has unapologetically remained herself.

Drama is never far away from the Kardashians! In the years since coming into the spotlight, many members of the famous family have made plenty of celebrity enemies but Kendall is an exception. The model does not feed off drama and can never be caught in a feud.

For many, having a privileged life would be a dream come true but Kendall thinks very differently. Over the years, the 25-year-old has been open about how having a privileged life is not all shiny and rosy. The model once shared a tweet hinting about how difficult life gets for celebrities but added that it was hard to talk about it because fans always think they have it easy.

Kendall has also been open about her struggles with anxiety which has apparently been heightened by the constant scrutiny that comes with fame. In an interview with Vogue Kendal admitted that she always felt nervous sharing her problems on social media because fans think her life is without problems. Pointing to her brain, she added: “I still have one of these, you know what I mean? And that thing up there sometimes doesn’t always…I don’t know, it’s not always happy, and it’s not always connecting, and I’m still a human being at the end of the day.

In 2014, the model decided to drop her last name and focus on using just Kendall for her modeling career. She did this to separate herself from their famous reality how and to earn respect on merit rather than just because of her name or popular family.

1 She’s Not For the Regular Social Stunts And Publicity

With over 187 million followers on Instagram, the model can be described as being very unique and totally different from her sisters and mother as she has been nothing but herself on the platform. Kendall keeps everything real on her page, focusing most of her posts on her modeling career, ambassador deals, magazine covers with a few posts capturing her on vacations and living her best life. 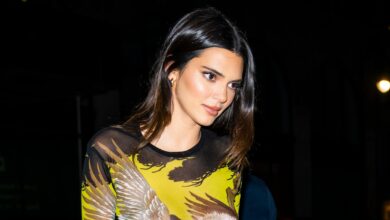 Did Kendall Jenner Just Get Bangs? See Her Show Off Her Style in New Photo 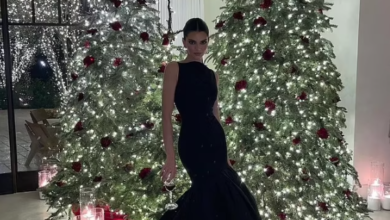 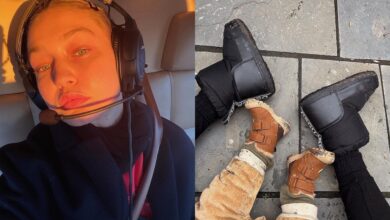 Gigi Hadid shares cosy snaps from her idyllic forest getaway with daughter Khai as she kicks off 2022: ‘Sending blessings and love’ 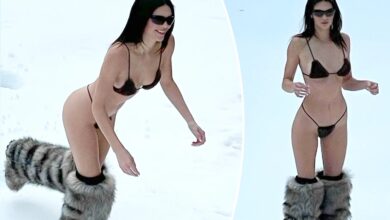