Priyanka Chopra Jonas celebrated the ‘Festival of Color,’ also known as Holi, with her husband and in-laws. The historically enriched Hindu tradition took on a new look with social distancing in mind.

Director and producer Mindy Kaling joined in with thousands of commenters to wish Chopra a happy Holi and hint at next year’s invitation.

Kaling noted that Chopra has the best Holi parties, and we can understand why without even seeing the holiday firsthand.

The Nothing Like I Imagined author said, “I remember being so excited for your Holi party in 2020… and then the world got shut down. Holi 2022 perhaps.”

Holi is typically embraced in large crowds while surrounded by loved ones and vibrant shades of the rainbow as far as the eye can see. This festival welcomes in spring and love and simultaneously dismantles anger and hostility.

Priyanka and Nick posed beside Nick’s parents in white outfits, their faces doused in pigments of orange, pink, and blue. These colors are a visual representation of love and happiness.

You can take part in Holi with Kaling and Chopra, even if you don’t practice Hinduism. As one Twitter user stated under Kaling’s tweet wishing her followers a wonderful Holi, it “transcends barriers of religion.”

Kaling has included Hindu holidays and ceremonies in her productions and given people within her community a place to feel welcomed.

In her show Never Have I Ever on Netflix follows, “The complicated life of a modern-day first-generation Indian American teenage girl,” and was inspired by her own life. One of the episodes covers a popular Hindu festivity Ganesh Puja.

Influential stars like these two women are emphasizing the importance of inclusion and the excitement that goes hand-in-hand with learning about different ways of life.

Chopra has spoken out about her own spirituality as well. Her interview with Oprah Winfrey gave fans a look into her spiritual foundation.

She talked about growing up in India created a “swirling of religions” and therefore an intrinsic role of prayer and attention to practices like Hinduism.

Her dad taught religion as a “way of reaching a supreme power” rather than forcing her to believe in a singular religion. They dabbled in different practices but focused on the message that united them all 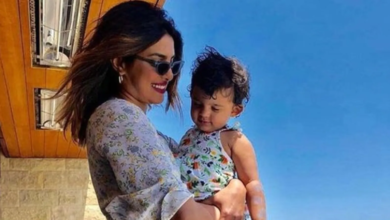 When Priyanka Chopra wanted to keep an abandoned baby girl but was told not to: ‘My mother explained that we couldn’t’ 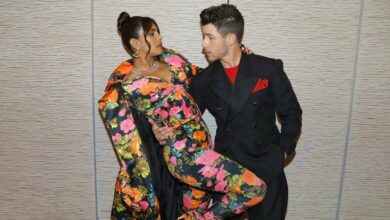 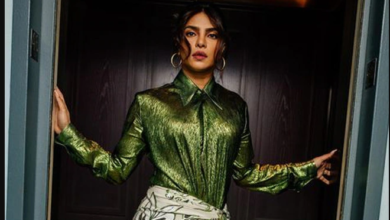 Priyanka Chopra On How She’s Raising Her Child: “As A New Parent, I Keep Thinking About…”