Stephenie Meyer’s Twilight series was popular serialized vampire books adapted into a five-part film saga by Summit Entertainment, starting with Twilight back in 2008. While the film adaptation’s initial release was highly anticipated, all of the films received an overall negative reception by both critics and fans. However, this didn’t stop the series from being fully adapted, as the books’ fan base was massive and once the first film came out, they wanted to see the rest.

While they still earned a spot in pop culture history, the films didn’t fully capture the essence of the books. Here’s a ranking of all five Twilight saga films by their Rotten Tomatoes score and why each deserved such reception.

The saga’s penultimate film, Breaking Dawn: Part 1 had the worst critic reviews on Rotten Tomatoes by far, landing at only 25 percent for its rating. The general consensus was the film satisfied the Twilight faithful but wasn’t entertaining for other viewers. The film had little content, so the story felt really stretched and filled with moments that didn’t mean much to the plot. While this film was supposed to be the setting-off point for the characters’ lives together, the sudden pregnancy’s execution came off slightly comedic, which was definitely not how it happened in the book. Breaking Dawn: Part 1 certainly stayed true to the book in terms of content and plotline, but the actor’s performances and the overall feel of the film were both a major letdown.

While being a definite fan-favorite of the book series, New Moon didn’t do so well as a film. Critics on Rotten Tomatoes claimed the film was too long, too moody, and would only satisfy diehard fans. Not to mention the film’s pacing was quite slow, which meant there were several scenes drawn out too long for their own good. New Moon also had a different director from the first film, changing over to Chris Weitz from Catherine Hardwicke. As a result, the entire tone of the saga changed. New Moon was a divisive story, making Bella choose between Jacob and Edward, but it’s also divisive for the critics who argued that if the film were left in the original director’s hands, it could have played out better.

The critics’ response to Eclipse was significantly better than the previous film, New Moon. With a score of 48 percent, Rotten Tomatoes was less harsh. The general opinion was that while Eclipse more effectively combined the action and romance genres, it fell short with its uninspired dialogue crowded with too many characters. Many critics thoughtthe director simply didn’t have enough to work with from the original source material by Stephenie Meyer and that no director could have made it an absolute masterpiece. Again, this film had a new director from the previous, which meant that the style setup from the previous film was compromised. So while the plot was continuous, the form was not, which reflected poorly in critic and fan reviews. While Eclipse certainly did better than New Moon, 48 percent is still a terrible score.

Breaking Dawn Part 2 technically tied with Twilight in rankings, so the score from Metacritic was used as a tie-breaker. Metacritic gave this film a score of 52, while Twilight had 56, which ranks Breaking Dawn: Part 2 slightly below. Rotten Tomatoes critics felt that, while this film was more entertaining than most of the others, it still lacked enough substance to entice viewers that weren’t fans of the original book series. Due to the plot wrapping up, the film had more visceral special effects and more quality scenes, compared to the other films. While a score of 49 percent certainly doesn’t claim this as a great film, it’s far better than its predecessors.

The film that started it all, Twilight was the most critically acclaimed of the entire film saga. While it still only has a Rotten Tomatoes score of 49 percent, director Catherine Hardwicke’s adaptation was stylistically on point with a fantastic soundtrack. However, critics thought the film lost much of its “bite” during the transition from book to film, doing little to entice viewers who weren’t already fans of the books. Some critics felt that it was too formulaic and lacked anything special to set it apart from other vampire romances. On the other hand, some argued it captured the teenage, female desire quite accurately. Twilight is a divisive film that both critics and fans of the original series teeter on, caught between the compelling plot and the cheesy acting. 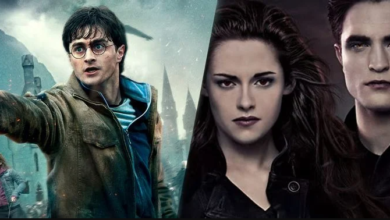 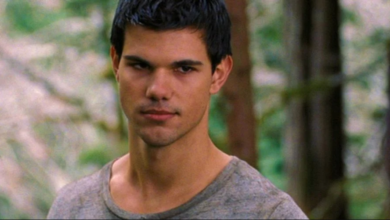 How Does Taylor Lautner Really Feel About ‘The Twilight Saga’?