FX’s Sons of Anarchy focused on SAMCRO, a complicated motorcycle club with questionable morality but a strictly enforced code of conduct. One of the original SAMCRO founders was Clay Morrow. He was sometimes a series protagonist and other times an aggressive force of antagonism, particularly to his step-son Jax and his wife, Gemma Teller. As such, Clay did not come out of the series alive or even as a member of the club he helped found.

Who Was Clay Morrow?

Played by Ron Perlman, Clay Morrow was one of the nine original members of SAMCRO, which explains the “First 9” patch he wears on the chest of his cut underneath the one that says “President.” He served as the club president for many years until he was voted out when the other members learned of his betrayals. Jax instructed him to step down when he learned that Clay was responsible for the hit put out on Tara. After, Clay revealed that he murdered Piney, who was another “First 9.” The confession was the final straw, and Clay was stripped of his title by the end of Season 5 and had his SAMCRO tattoos blacked out.

Clay was John Teller’s best friend before he and Gemma murdered him. He ended up marrying Gemma — John’s widow — and kept that secret for many years. Clay was also a Vietnam veteran and helped found Teller-Morrow Auto Shop, which started as a legitimate business. However, as the club’s criminal activity increased, the shop became a cover for some of the activities. Clay was the one who really led SAMCRO to a less reputable criminal enterprise, much to Jax’s dissatisfaction. As such, this was one of the significant underlying issues in their relationship.

How & Why Clay Morrow Died?

Clay Morrow was killed during Season 6, Episode 11, “Aon Rud Persanta,” when Jax shot him in the neck and chest. Jax and the other SAMCRO members set the scene to look like Clay was killed in a shootout with the IRA, filling the room with dead Irishmen to complete the staging. Jax made a deal with Lieutenant Eli Roosevelt to give up the IRA and the guns, which played into his plan to get revenge on Clay for all he had done and gotten away with, including putting out a hit against his wife, who survived but suffered a horrific hand injury.

Kurt Sutter referenced classic literature — specifically Shakespeare’s Hamlet — when explaining the decision to kill off Clay Morrow from Sons of Anarchy. While Clay was a fan favorite, his role in the show was always going to end in death, just like Claudius in Hamlet. In many ways, the overall structure of the series was heavily based on the play, especially Gemma, Jax and Clay’s roles. Claudius murdered Gertrude’s husband, his brother, and then married her prior to the events of the play. Similarly, Clay murdered John, Gemma’s husband and his metaphorical brother, and married her prior to the events of Sons of Anarchy. Therefore, Clay’s role in the story was to die and leave room for Jax’s assentation to leadership.

Clay’s death was always an intentional trajectory and essential part of the overall story, particularly in Jax’s arc. Clay was a complicated character who brought plenty of drama. However, the often sinister but sometimes kind once-SAMCRO President met a violent death after years of betrayals and a complete loss of objective morality.

Sons Of Anarchy: The 5 Most (& 5 Least) Realistic Storylines 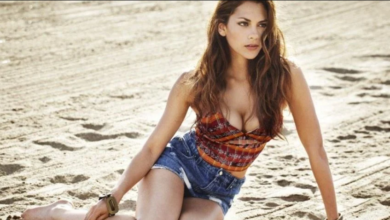 Sons Of Anarchy: The 10 Greatest Redemptions 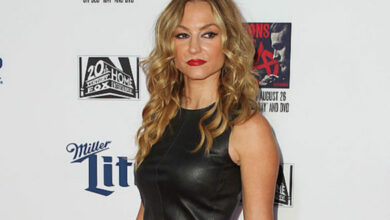 The Wild ‘Sons of Anarchy’ Theory Connecting Show to ‘The Sopranos’