Life in Letterkenny is as irreverently hilarious as ever in the hit Hulu comedy series’ tenth season. The rural Canadian town sees its fair share of hilarious hijinks in Season 10 to keep its residents on their toes. From Squirrelly Dan (K. Trevor Wilson) arguing over baked goods to Gail (Lisa Codrington) and Glen (Jacob Tierney) taking on unusual odd jobs to make ends meet, life isn’t quite as simple in the small town as it initially appears to be.

In an exclusive interview with CBR, series stars Wilson, Codrington, and Tierney — who also directs and executive produces the series — shared their favorite moments from Letterkenny Season 10, praised co-stars for keeping things just as laugh-inducing on-set as they are in the finished episodes, and provided special insight on each of their respective characters.

Jacob, when you were going over the scripts with Jared Keeso, what scene from Letterkenny Season 10 were you most looking forward to directing?

Jacob Tierney: There’s no [one specific] scene. I love when we go to the Dyck farm. We always have so much fun there, and it’s very pretty so it’s fun for me to film it. I was excited to shoot the epic scene with the McMurrays and Gail. I was very excited to do the “Prostate” episode as well. It was all an embarrassment of riches this year, lots of great stuff.

Lisa, we’ve seen Gail become a more active part of Letterkenny‘s hijinks rather than just the owner of MoDean’s. She even finds love with Jim Dickens. How is it becoming a bigger part of the ensemble?

Lisa Codrington: It’s a lot of fun! I never know what to expect, wondering what Gail is up to this year. Sometimes she’s a dog breeder and sometimes her bar burns down and she’s got to get a new one.

Tierney: That’s happened a bunch of times! It’s almost like we keep losing locations and have to find new bars [laughs]. No, it’s a story choice!

Codrington: Always a story choice, obviously! It’s a lot of fun opening up a script wondering what Gail will be doing and what new skills she has. It just seems like she’s got a lot of irons in the fire and her dating history is pretty varied — Jim Dickens, Uncle Eddie — and all over the place. She has a lot going on [laughs].

K. Trevor Wilson: Dan is trying to be a better person. If you go back to Season 1, Dan talks a lot about the old days, with drugs and he’s got a story about a hooker and a sword. Dan’s past is checkered, to say the least. I think a big part of Dan’s arc is he’s trying to be better every day to improve upon himself and be a better ally and person. It’s not so much that he’s innocent but that he’s trying to be innocent [laughs].

Wilson: Dan’s a sweet, nice guy who can get tough and angry when he needs to be. It’s a fun character to play and a fun character for people to see, that you can be sensitive and tough.

Codrington: There’s a lot of sheep in his history too.

Wilson: A lot of sheep in his history. He used to be smaller and addicted to cocaine. We know that much about him [laughs].

How much of Dan’s backstory have you developed yourself to have known what baggage he may be carrying at a particular moment?

Wilson: I try not to write too much of a character I didn’t create but I have made some choices as Dan that have become canon. We just try to have fun with Dan. I try to go out there and not let any of his past choices impact his future choices so much. Every decision of Dan’s we know is him trying to be a good guy. Sometimes, he knows his friends with how hard he tries to be the good guy and they bring him back a bit. Dan tends to overdo things and that’s why Wayne is constantly reminding him to take about 20% off.

Lisa, how much does posture and movement inform your performance as Gail? She feels like a character already in position and ready to get down.

Jacob, which of Glen’s side jobs is your personal favorite?

Tierney: I don’t know what my favorite is but I used to love saying that I was a waitress, that was always one of my funner occupations. Being a nurse strikes me as more of a promotion although it could’ve just been an administrative job. I didn’t choose to think about it very much. You’ll see in Season 11 that I have two new jobs so that’s something to look forward to for next year — one of those is probably my favorite from next season.

How hard is it to maintain your composure doing anything with the Dyck family? I feel like those double-entendres are flying fast and furious.

Tierney: They’re also trying to get you. Jon [Torrens] is trying to make you laugh, and that’s not helpful either.

Wilson: He’ll pop a line and then screw up his face holding hard eye contact with you as he’s making this face. You’re sitting there trying very hard not to [break] the scene but he finds a way and turns the gears. He always adds that little bit of extra to mess with us during our coverage and it makes for a lot of giggles.

Lisa, while you’ve had ensemble scenes with the McMurrays before, how was it having Melanie Scrofano and Dan Petronijevic as scene partners in Season 10?

Tierney: I still think about the scene with the hot tub where they do karaoke at the end. That was challenging and I think that was the first time that I saw you break when we were just sitting there on the couch. Melanie had actually memorized a Chinese song and it was insane to watch! 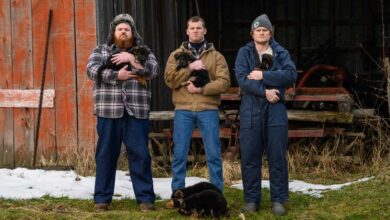 How’re ya now? Good, now that Letterkenny is back 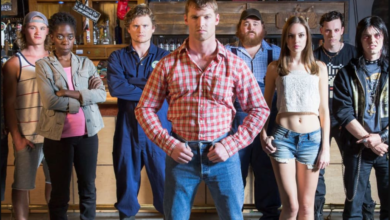 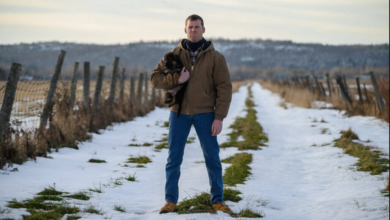 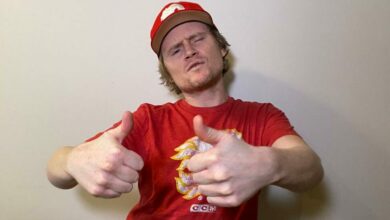